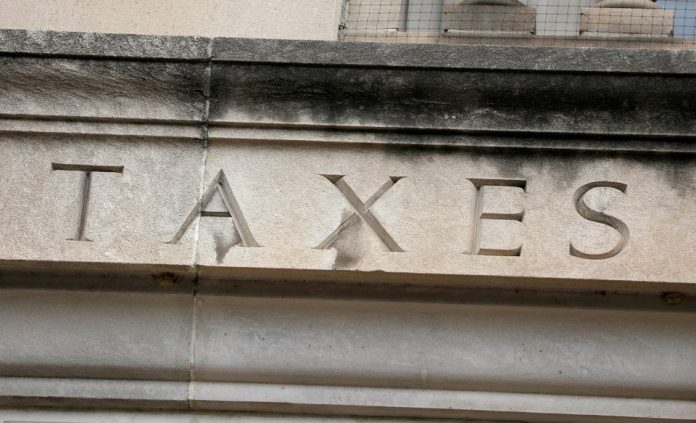 The world is currently at crossroads, besieged by the economic and health fallout from COVID-19; the era of economic nationalism and populist trade policies appears to be gradually fading. The economic malaise inflicted on marginalized groups has been attributed to an unfair taxation system. In other to stave off far-right fanaticism, Chantal Mouffe advocates for a leftist populism, but this is ill-advised as the ripples and fallout will be felt across continents.

Global corporations are significant employers across the globe, and their fortunes rely on demand from consumers spanning Europe, Asia, Africa, and Latin America. Before the COVID-19 pandemic, stock prices across the globe were on an upward trend. Strong profitability stood in stark contrast to the incomes of citizens across the globe, not to talk of public finances.

Meanwhile, clever accounting and accommodative taxation policies have caused huge outflows out of advanced and developing market economies into tax havens. Goldman Sachs (2020) finds that foreign sales accounted for 29% of the $12 trillion aggregate S&P 500 revenues in 2019, down from 30% in 2018. About 12% of revenues were derived from Europe, Middle East, and Africa, while 9% of sales were sourced from the Asia-Pacific.

The IMF’s Nicholas Shaxson points out that tax havens cause mutually beneficial harm to both sending and receiving nations. Tax havens cost governments between $500 million and $600 billion a year in lost corporate tax revenue. Of this, developing market economies such as Cameroon account for about $200 billion – a larger hit as a percentage of GDP than advanced economies and more than the $150 billion or so they receive each year in foreign development assistance.

Meanwhile, American fortune 500 companies held an estimated 2.6 trillion worth of reserves or incomes in offshore locations. To get a more balanced picture, one should include individual wealth and estates that are parked in offshore accounts to evade taxation, inheritance as well as capital gains tax. The question here isn’t one of the lack of political will but rather a race to the bottom amidst neoliberal economics.

Since the race to the bottom in corporate tax rates began in the 1980s, the average statutory rate had fallen from 50% to about 24% in 2020. Many countries have generous exemptions and several loopholes that have encouraged tax shifting to low-tax jurisdictions or safe-havens. Moving profits to the British Virgin Islands, the Cayman Islands, or Bermuda without having to move any of their actual operations there is bad for global economic activity as this spare cash sits in bank accounts instead of being reinvested in projects across the world.

It is arguable that this, at least in part, explains the noticeable divergence in growth and development outcomes between Africa and the rest of the world. The noticeable and ever-widening divergence is asymptomatic of huge “capital misallocations.” The likes that have starved resource-rich countries of the resources needed to invest in infrastructure, health care, and innovation. Global tax policy causes perverse incentives for corporations and individuals.

The G7 decision – however symbolic of the rest of the world – to implement a global tax rate is greatly encouraging.

The holy grail of economists’ beckons that “low taxes attract foreign direct investment.” There is ample evidence to support this adage, but the ultra-low levels of corporation tax and increasingly burdensome tax legislation have eased tax evasions across the world. It is perhaps more suited to see this as a symptom of what can only be termed “neoliberal fiscalism.” In that regard, the recent decision by the G7 to agree on a global minimum tax rate needs formal approval from a few countries, but one could perhaps describe the deal as historic. This should be based on the nature of said consensus amidst huge business lobbies with tentacles that span parliaments, development banks, and inquiries.

However, among developed countries, only Ireland, with a 12.5% statutory rate, falls below the proposed minimum. But there are small countries such as Moldova(12%),  Paraguay (10%), and Uzbekistan (7.5%) that have set their rates particularly low to attract foreign investors, whom they see as a source of quality jobs and advanced technologies.

For developing economies, low taxes are a tool for policymakers to attract much-needed capital to close the funding caps that governments amass from mistargeted investments, poor governance, and commodity-linked currencies. The agreement has two parts. Part 1 proposes a global minimum tax rate on the largest corporations, while Part 2 suggests that such profits will be sent back to the countries where they do business, regardless of their physical headquarters. The deal creates a disincentive for countries across the globe to give special terms and or tax rates to businesses to attract capital or maintain investment. The first step at harmonizing global tax rules will enable countries to prevent countries from being on the losing side of bargains with global businesses such as Facebook, P&G, and Nestle.

What Does the Agreement Mean for Africa and the World?

It’s clear that a global minimum tax rate is low and understates the scale of the financing challenge facing governments across the world; perhaps some context will be helpful.

A global minimum tax rate is historical in some regards to reduce the incentives for companies to shift their profits to tax havens. However, the agreement is restricted to advanced economies, and rightfully so as it can force capital out of emerging and developing market economies. Africa must fix its tax regime to balance the public sector and find needs as well as industry and sector-specific incentives that will serve as the basis for quantifiable economic development.

The reason that the US prefers a global minimum, in addition to national apportionment, is that it does not want to put its corporations at a disadvantage relative to other countries’ firms by taxing them at significantly higher rates. But this competitive motive is no different from poor countries’ desire to attract investment. If the US prevails and the latter lose out, it will be because of relative power, not economic logic.