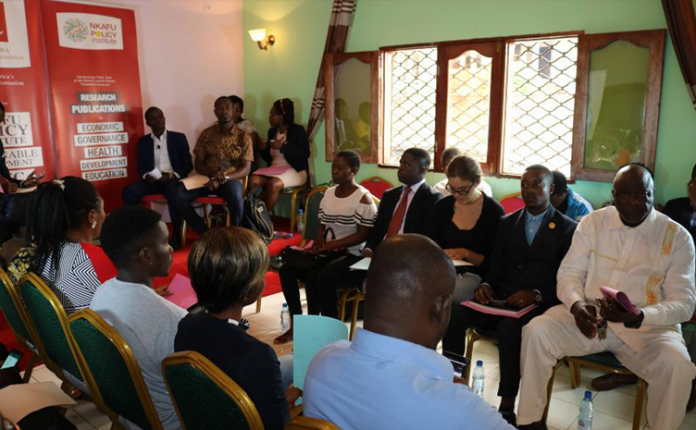 In general, humans do not live in isolation; instead, they tend to live in communities with other people related by ethnicity, nationality, religion, or some other cultural element. To achieve some social, orderliness, cohesion, and development, there has always been the need for a leader.  Leadership is regarded as a desired social responsibility, for the supposition of which social competition occurs. In connection with the idea that the phenomenon of leadership is essentially a process, not the result, it becomes clear why such a long study of this occurrence has not resulted in any comprehensive picture.

From a discrete perspective, leadership is the practice of creating sustainable value and impact for society’s furtherance, within one’s ambit and at the macro level.  It is about exerting influence across sectors to make societies better for humanity. Such leadership needs to be driven to understand people and the operating context. It should cultivate the ability to portray to others that you are both listening and reacting to their problems – this is the ultimate goal of leadership. Today, there is much disapproval of political leaders and leadership in contemporary political analysis and the public debate worldwide. After all, this criticism designates that leaders and leadership are thought to matter for the inclusive performance of political regimes and the relations between different regimes. This belief seems to be generally acceptable.

Research shows that philosophical works from The Republic by Plato to Plutarch’s Lives have centred on the qualities that distinguish an individual as a leader. The fundamentals of this quest resulted from the early acknowledgement of the essence of leadership and the supposition that leadership is embedded in the individualities that certain people have. This notion that leadership is centred on individual qualities is known as the “trait theory of leadership.” Toward the end of the 19th century until the 1940s, most issues related to leadership engrossed in the personality mannerisms of individuals that made them leaders and not supporters. That is until Thomas Carlyle came up with the theory of “the Great Man,” which determined the characteristics that made a great leader great. Cecil Rhodes (1853–1902), on his part, held to the opinion that community-minded leadership could be cultivated by detecting young people with “moral force of character and instincts to lead” and cultivating them into becoming emerging leaders with community-centeredness.

After many years of research, Ralph Stogdill, in 1948, realized that leadership exists between persons in a social situation and that leaders in one situation may not necessarily be leaders in other situations. This drew the curtains of researchers’ persistent concepts that individual differences characterized leadership or that they would be able to predict leadership effectiveness. In the domain of political leadership, the Mandate of Heaven – Chinese doctrine – advanced the need for rulers to govern justly and subordinates’ right to overthrow emperors who seemed to be deficient of celestial approval. Today, functional leadership is believed to be very useful for addressing specific leader behaviours expected to contribute to the state’s effectiveness. This theory argues that the leader’s main duty is to see that whatever is necessary to the community’s needs is taken care of. In that light, a leader can be said to have carried out his or her responsibility well when he/she has contributed to the community’s effectiveness, growth, and cohesion.

For more than half a decade, Cameroon has been the crossroads of socio-political and security challenges. Having enjoyed more than six decades of stability, for many years now, Cameroon has been grappling with attacks by Boko Haram in the Far North and a separatist insurgency in the Anglophone regions (10). In the East and Adamawa regions, the influx of refugees from CAR is posing serious security challenges. In these fast-paced, ever-changing, blustery, and hectic times, a challenge that all leaders face is how to mitigate cynicism and put in place greater conviction and sureness in their decisions in the organization or community they lead. Leaders in Cameroon, be they at the national or local level, fail because they have made a fundamental shift in focus, have poor communication, risk aversion, ethics slip, poor self-management, and lost love. There has also been a chasm created between the community and those who lead. In that light-responsive leadership can be an antidote to failing leadership and the foundation for building and sustaining community trust, confidence, and build sustainable peace and development – elemental issues the country badly needs now than ever. The purported democratic representative government requires responsiveness in requiring peace and development in Cameroon.

In that spectrum, for leaders in Cameroon to fit the country squarely in the path of peace and sustainable development, they should be curious in their respective roles. Curiosity will therefore play a serious role in piloting the country’s transformation and embracing peace and development.  With a curious mind, these leaders will seek knowledge and understanding from various sources, including outside experts, subordinates, peers, experts, and trusted advisors. By leading with curiosity, the leader will install in the country’s continuous learning culture, respect for, and value for deeper understanding.

Furthermore, the leaders’ ability to understand others’ feelings will keep them in touch with their feelings as the state tackles problems and finds solutions. Many of Cameroon’s leaders appear to be arrogant and use very provocative statements on the people they lead. For example, one governor called protesters dogs, while one government minister labelled the Anglophones in Cameroon as an “insignificant minority.” Another minister further called the North West and North West regions of Cameroon “two cubes of sugar in a basin of water.” In a country like Cameroon, Cameroonians must work with other Cameroonians to be successful. Empathy will keep leaders tuned in to the impact that the dramatic changes have on the people around and in the country. Regardless of leadership style, many executives would agree that empathy is a basic and important quality for a successful leader. The ability to demonstrate empathy during a crisis and challenging times will also help build trust and confidence in the leader and their decisions.

Therefore, we should never underestimate the power of humility because it reinforces our curiosity in others and the community around us. Humility is a pathway for a leader to have the courage to surround themselves with the best, highly competent people and perhaps even smarter than his/herself. Citizens will often respond most effectively to “humble” leaders.

Some leaders in Cameroon do not believe that they can face adversity at some point in their careers. Some of the hardest challenges to resilient leadership are recovering from an impediment. An important and necessary key for a spirited leader is “not to take it personally,” which is sometimes very hard to do. Recovering quickly from what you perceive as a failure – and perhaps what everyone around you perceives as a failure – can accelerate your recovery process. This can provide the ability for accelerated community growth and continued development. Furthermore, for sustainable peace to manifest in Cameroon, leaders should strive to be very tolerant, considering that it is a melting pot of proliferation of cultures in Africa rather than administering on tribal and cultural lines.

Leadership is a matter of understanding, credibility, humaneness, courage, and discipline. But it should be noted that reliance on intelligence alone results in insurrection; the exercise of human kindness alone results in weakness. Fascination on trust will end up in irrationality; dependence on the strength of courage results in violence; disproportionate discipline and strictness in command will have cruelty as a consequence. When one has all these five virtues together, each appropriate to its function, one can be not only a leader but a responsive leader.