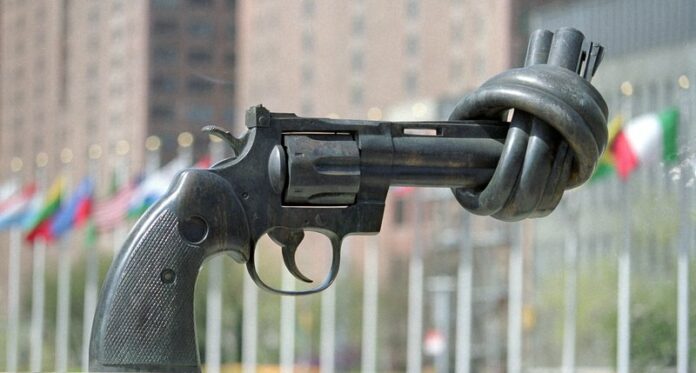 The African continent has been at the crossroads of multiple and intricate challenges since independence. Some of these challenges include matters of the nascent democracy, governance, backward social and economic development, continuous human insecurity, coups d’états, incessant terrorist attacks from extremist groups, and fundamentalists.

Looking from this perspective, Africa’s insecurity is being portrayed as a source of concern for not only the African leaders but also a threat to the universal status quo. This growing worry is one of the underlying factors behind the slogan ‘African solutions to African problems, a saying that has become the assertion of the continent as well as a way to demonstrate that Africa has both the competence and the will to solve her problems and challenges without seeking or relying on external interference.

African leaders have continued to acknowledge the requirement for operative crisis management on the continent, culminating in the formation of the African Union (AU), which brings together African states to find African solutions to African problems. One of these problems was silencing the guns in Africa and breeding human security and sustainable development.

Conflict, violence, and human insecurity continue to be major threats to realizing the African Union’s Agenda 2063. To address widespread instability in Africa and to leave a continent at peace to the next generation, Africa’s leaders committed to working toward a continent free from conflict by 2020. It has been nine years since the declaration, which has become known as Silencing the Guns in Africa by 2020, and six years since the Master Roadmap of practical steps towards implementing its objectives was adopted (1).

The motivation and initiative were hatched out of a strong desire to resuscitate Africa that has been marginalized and exploited, a continent that has been destabilized by centuries of slavery, colonialism, neo-colonialism, exploitation, oppression, war, hunger, and abject poverty.

Following the repercussions of the inability of the international community to salvage the state of Somalia from collapsing into a failed state and rescue Rwanda from genocide, among other problems in the 1990s, African countries resolved to come out with solutions to the problems emanating from the continent (2).

This, therefore, was the milestone of the beginning of the concept of ‘African solutions to Africa’s problems. This concept, later on, became one of the founding ideologies of the African Union. In 1963 when the Organisation of African Unity (OAU), the ancestor of the current African Union (AU), was created, it was meant to stand for and foster the pan-African ideals in Africa.

Despite this fact, the organization was incapable of positively impacting the national politics of nation-states, gauging the internal performance of member states, and preventing human rights violation atrocities and other human insecurity situations across Africa. One of the Charters of the OAU Charter had a provision to preserve the sovereignty, territorial integrity, and independence of member states which by implication meant that member states should not intervene in the internal affairs of other States (3).

With the transformation of the OAU to the African Union (AU), the policies of the organization were equally changed to suit the contemporary dispensations. Thus, operative machinery to deal with the proliferation of problems and challenges plaguing the continent. Thus, the notion of non-interference was replaced with that of non-indifference, based on the likelihood that a State may as well encroach into a neighboring State or affect even the sub-region.

By the time the African leaders pledged to silence the guns by 2020, Africa had excessively high levels of conflict in the continent. About 656 armed conflicts (state and non-state) took place in Africa between 1990 and 2020. Conflicts fomented by non-state actors accounted for over 75 percent of the world’s conflicts (4).

To mark the 50th anniversary of the creation of the African Union, African leaders pledged to ensure sustainable and permanent peace on the continent. They promised not to leave the problem of conflicts to the next generation of Africans. The pledge was followed by the adoption in 2016 of the Lusaka Road Map to end the conflict by 2020. The document outlined 54 practical steps that needed to be taken to realize this road map. They focused on human security issues. They ranged from adequately funding the African Standby Force for deployment to preventing the rebels or insurgents and their supporters from having access to arms. Other steps included fighting human trafficking, corruption, and money laundry (5).

Despite the comments of the African leaders’ ambition for Africans to provide solutions to their problems, they have, from the onset of this declaration, faced multiple challenges and failures. One reason for the failure is that the 2020 milestone was too lofty, given the number of conflicts on the continent. The next reason is that many of the conflicts are internal, arising from the protests inhabitants have with their governments which have been ignored from the outset. An example of this is the Anglophone crisis in Cameroon that was neglected from the onset.

Furthermore, the numerous crises in Africa that the AU was not able to resolve, including that in Côte d’Ivoire and Libya, showed the inability of the AU as an African solution to African problems. The organization equally failed in its inability to address the crises in Côte d’Ivoire in 2010-2012 and Libya in 2011 (6). If the AU had taken a very strong unified position when these crises broke out, it would have created a strong basis from which to impede the eventual and direct intrusion of the UN and France in Côte d’Ivoire; and the North Atlantic Treaty Organisation (NATO), as well as the United Nations (UN) in Libya.

Nevertheless, from the very onset, the organization took lackadaisical measures in its reaction, which eventually ended up in its being dominated and defeating the slogan “African Solution to African Problems.” Furthermore, the AU was encumbered with difficulties, including fractures within its ranks, which excluded it from carrying out a very dynamic and meaningful part in the crises and caused it to be downgraded from a sheer spectator to a game being played within its very premises.

The AU’s unreliable supervisory role on issues relating to governance has worn the AU’s authority. Governance crises in countries such as Egypt in 2013, Zimbabwe in 2017, Sudan in 2018, Algeria in 2019, Chad in 2021, and Mali in 2021 demonstrate these inconsistencies. In addition, the AU has been so silent in the current armed conflict in the Anglophone (Ambazonia), where war crimes are being perpetrated. From that spectrum, the AU has been very ineffective in solving its problems by silencing the guns in Africa.

Despite the challenges faced by the AU in silencing the guns in Africa, it has made some significant progress. It has made a continued strong engagement in support of the implementation of peace agreements in the Member States emerging from conflict and the fight against terrorism, which will remain the priorities for the AU. Progress has been made against Al Shabaab with support from the African Union Mission in Somalia (AMISOM). On its part, AMISOM continues to guide capacity building and sensitization of communities on countering violent extremism as part of its comprehensive strategy for reviving policing activities in Somalia.

Furthermore, it has supported the Regional Cooperation Initiative against the Lord’s Resistance Army (RCI-LRA) in Uganda and the operation against Boko Haram undertaken by the Lake Chad Basin Commission and Benin- the Multinational Joint Task Force (MNJTF) (7).

There has been improved continental diplomatic outreach and partnership building in the search for peace in Africa. Continental frameworks and institutions for responding to insecurity, and efforts to curb the proliferation of Small Arms and Light Weapons (SALWs), have been enhanced.

There has also been improvement in specific conflict cases such as the Ethiopia-Eritrea crisis, South Sudan, Sudan, management of the 2016–17 Gambia crisis, and mediations in Madagascar and the Central African Republic, among others (8). In addition, the AU has built up an impressive toolbox for prevention and peace-making. These include the Continental Early Warning System.

Despite the fact there has been very little progress made in the execution of the initiative of silencing the guns by 2020 as part of African solutions to African problems, the AU needs to reconsider the initiative by transforming it into an interminable program directed at addressing insecurity concerns on the continent. The AU can therefore build the necessary synergies with the UN, other stakeholders, the private sector, and civil society actors, to execute meaningful projects that can address different proportions of the AU’s initiative in silencing the guns in Africa with external influence.