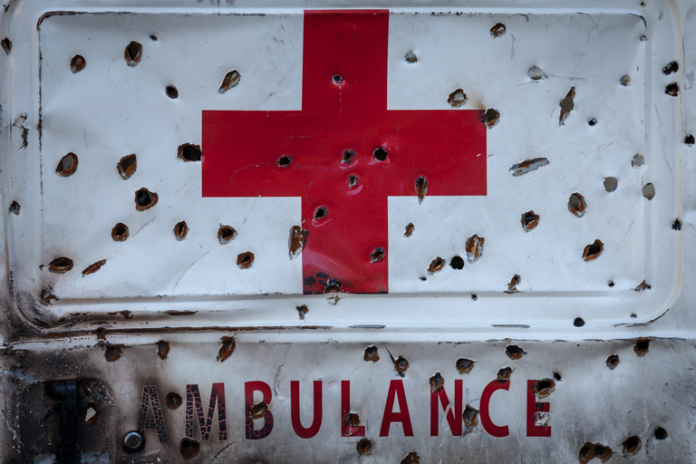 Even though conflict is inevitable, armed conflict is very optional. It is essential to avoid or prevent them because the consequences of armed conflicts are disastrous. The impact is felt on people from all walks of life, in all social and economic sectors, including the health sector that, is the lifeline for all, whether belligerents or civilians.

In any context, armed conflicts can undeniably cause great physical harm to people living in affected areas or disrupt services, including health services. In Africa, prevalent poverty and scrawny health schemes magnify the negative repercussions of armed conflicts in the region. In African countries experiencing prolonged conflicts, there is a shortage of health personnel, under-resourced facilities, and a disruption of medical supplies.

Armed conflicts are famous for interrupting the delivery of healthcare services to the public, especially to the hard-hit communities. In several locations, there are reports of negative effects of armed conflicts on the health services. Disruptions of health service delivery during conflicts aggravate the danger of escapable mortality and morbidity on the affected people.

Since 2013, Cameroon has been grappling with multiple armed conflicts ranging from the Boko Haram insurgency in the North, the Anglophone war of independence in the South West and North West regions, and the rebels’ incursions in the East region from the Central African Republic (1). In addition to these major armed conflicts, the country is also faced with the rise of ethnopolitical tensions that are becoming more complex in the already existing armed conflicts.

For more than four years now, the armed conflicts in the anglophone Northwest and Southwest regions of Cameroon have led to a calamitous situation for the population. Raids on villages, kidnappings, torture, destruction of properties, arson, extrajudicial killings have become the new normal in what is commonly known as the “anglophone war of separation” (2).

The most important of these conflicts is the one between the government and separatists of the English-speaking minority, which has had enormous ramifications. This armed conflict has killed over 4,000 people and displaced 765,000, of whom 60,000 are refugees in Nigeria. According to the UN, about 800,000 children are out of school (3).

The country also faces a heightened Boko Haram insurgency with further deadly attacks in the northern regions of Cameroon after a transitional pause. The war against Boko Haram, concentrated in the Far North, reportedly killed more than 3,000 Cameroonians, displaced an estimated 250,000 people, and led to the emergence of self-defense groups. Many social and economic facilities and infrastructure were burned down, vandalized, or looted, including medical facilities (4).

As these wars rage on, health facilities and their personnel have been seriously targeted. The attacks on health facilities have contributed to the poor health system in Cameroon, where there are 1.3 hospital beds per 1,000 of the population, 1.15 surgical forces per 100,000, 0.916 per 1,000 of the population, and many more (5). At first, these attacks were unselective, but as the violence has sustained, they have become deliberate. Hospitals are intentionally being attacked, ambulances blocked, and medical personnel is being threatened, abducted, subjected to violence, kidnapped, or killed. In some cases, these facilities have been transformed into military barracks.

The belligerents in the conflict have been responsible for disrupting healthcare services and access, thereby depriving people of medical care, especially when they need them most. In the past four years, 61 attacks have been orchestrated against health facilities and 39 against medical experts. Medical facilities and personnel are the least respected by government forces and armed separatists, preventing vulnerable people from receiving much-needed medical care. In addition, the worsening situation in all medical districts in both regions has disrupted primary health care delivery in the districts. A total of 26 services were destroyed, and 11 health workers were killed in the two regions (6).

Despite the fact that thousands of people struggle to have access to vital health services in the restive regions of Cameroon, Médecins Sans Frontières, also known as Doctors Without Borders, have been denied access to provide health care services by Cameroonian authorities in the Northwest region (7).

These multiple armed conflicts disrupted the provision of health services to the public in war-affected regions of Cameroon. Population displacement can have negative effects on the public health system in settings not directly affected by armed conflicts. The Boko Haram insurgency has reduced the availability and accessibility of health services in affected areas. At least eight out of the thirty health districts in the Far North region of Cameroon have been severely affected. Many health facilities have closed as health workers and communities have fled for safety. The disruption of normal life and health services due to the insurgency has created an environment conducive to the spread of communicable diseases. The influx of refugees from Nigeria into Cameroon has also strained deteriorating health services in the regions, making it difficult to inhibit any outbreak.

Moreover, the war in the North West and South West regions has damagingly impacted epidemiological observation, access to vital healthcare and reproductive health is gaining in intensity, requiring rethinking equitable access to care and prevention of epidemics. In 2019, cholera, monkeypox, and measles epidemics were documented in these two regions and continued in 2020 for the South West region. In these regions, in 2019, numerous attacks on health facilities targeting both infrastructure and health personnel were recorded, reducing the number of workers going to work in insecure areas (9).

Reported immunization coverage rates for key antigens including, Bacillus Calmette–Guérin (BCG) vaccine, diphtheria, pertussis (whooping cough), and tetanus (DPT-3) and Measles and Rubella (MR), witnessed a dramatic deterioration between 2016 and 2019, ranging from 22% points decline for BCG in the North West and to 42% points decline for DPT-3 in the SW. Correspondingly, the number of districts with DPT-3 coverage of at least 80% dropped from 75% in 2016 to 11% in 2019 in the NW. In the SW, this proportion dropped from 16% in 2016 to 0 % in 2019 (10).

Access to health care services is a fundamental right that should be enjoyed by everyone, regardless of their location. It is therefore imperative for all governments and stakeholders to ensure that the right to health is strictly respected by the warring parties. All policies that will lead to an end to conflict must be implemented. 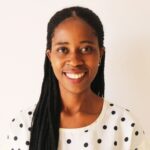 Dr. Odette Kibu is a Senior Health Policy Analyst at the Nkafu Policy Institute and PhD holder in Public Health at the University of Buea