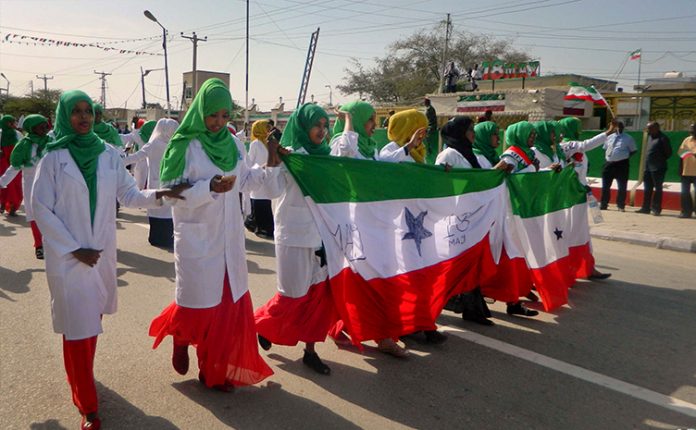 Democratic principles and practices are inherent in a people, especially in people who are patriotic and have an urge for prosperity and posterity. It is from this spectrum that participatory democratic practices, governance, and human rights strive in such societies for sustainable development. These democratic principles are primarily concerned with ensuring that citizens are afforded an opportunity to participate or otherwise be involved in decision-making on matters that affect their lives. This political participation is indispensable for the realization of a just and transparent society. It is probably from this premise that the Somalilanders’ democracy has evolved.

Somaliland, officially known as the Republic of Somaliland, was the 13th nation to become independent in Africa by a Royal proclamation of Her Majesty the Queen Elizabeth II of England on June 26, 1960 (1). This independence was short-lived because of its unification with Somalia to form the Somali Republic, envisioning to also encompass other Somali territories in the Horn of Africa to create the Greater Somali Republic.

The notion of Greater Somalia ranges back to the beginning of the 20th century, and the idea was to unite all Somali-speaking states, covering regions in which ethnic Somalis live or historically occupied. This covered Somaliland, Somalia, and Djibouti and also the North-eastern Province of Kenya, and the current Somali State of Ethiopia. That dream failed to work when Djibouti became independent from France and decided not to join the Somali Republic of Somaliland Democracy (2).

Somaliland and Somalia had differences at that time as a result of injustice and despotism over Hargeisa, which triggered atrocities against the people of Somaliland in which 250,000 people died, and their cities were leveled to the ground by the Somali forces. This led to the emergence of a group of students, business people, former civil servants, and former politicians to form the Somali National Movement, which then turned into an armed liberation front that defeated the dictatorial regime (3).

On May 18, 1991, the people of Somaliland decided to withdraw from the union, reclaimed their independence, and rebuilt their own country through a homegrown peace-building process and a hybrid state formation system (4). This became the beginning of a significant success story in Africa and the building block of a democratic nation.

The Democratization Process in Somaliland

Since the declaration of Somaliland’s independence from Somalia on May 18, 1991, the “de facto” state has had a steady and progressive democracy. Since then, the Somalilanders have stuck with a winning formula, despite the absence of international recognition and the tepid democratic enthusiasm of much of the Horn of Africa. Somaliland’s electoral history is unique in a troubled part of the world where democratic norms and values are not respected (5).

Somaliland’s regaining independence since 1991 has correspondingly necessitated determination and the principle of inclusion. The “de facto” state has developed a steady, democratic system of politics, integrating modern and traditional democratic values. In 2002, Somaliland made the transition from a clan-based system to a multi-party democracy after a referendum in 2001, formalizing the Guurti as an Upper House of Elders, which secures the support of traditional clan-based power structures (6).

Since then, there has been consistent elections and a recurrent alternation of power between the main political parties. The 2003 presidential election was won by Dahir Riyale Kahin by just 80 votes in nearly half a million against Ahmed Mahamoud Silanyo. The tables were afterward turned in 2010, with Silanyo winning 49% of the vote to his opponent’s 33% (7). In November 2017, Muse Bihi Abdi, a former SNM fighter, was elected president. He received 55% of the vote, becoming the country’s fifth president and buttressing a tradition of peaceful bestowals of power infrequent to the region (8).

On May 31, 2021, almost around the 30th anniversary of Somaliland’s independence and the 20th anniversary of its multi-party democracy, the parliamentary and local district elections were carried out hitch-free – despite the coronavirus pandemic. About 1.1 million voters were registered by the National Electoral Commission, and 2,709 polling stations set up nationwide (9).

Its steady democratic performance and progress are a breath of fresh air in a continent where Democrats are facing an uphill struggle. Only seven countries of 49 in sub-Saharan Africa are currently in the ‘free’ category. This is the lowest figure since 1991, with under 10% of the population living in countries classified by Freedom House as ‘free’ (11).

Somaliland also shows that a country does not need to be rich to be democratic. Despite the country’s tiny national budget of just $250 million for its 3.5 million inhabitants – according to Minister of Finance Saad Shire – and tough geography and hostile climate, Somaliland is showing the way for much richer countries to follow.  But its quest for recognized statehood remains largely unrealized, despite the political stability and democratic governance it enjoys, setting it apart from some of its neighbors (12).

Democratic processes in Somaliland have created a high-trusted, transparent, resilient, and peaceful environment. The populace has not just been voting for political parties; they were voting for nationhood and showing their pride in self-determination and state-building. This is the lesson that other “independent” democracies in the Horn of Africa in particular and Africa, in general, should learn from the so-called “de facto” country.

Somaliland’s obligations to refining democratic norms and standards, and its systematic transformation of leaders at the elections, have made it a regional democratic superpower – a beacon of participatory democracy in the Horn of Africa. Its democratic advancement should be an embarrassment to those much richer, African, “independent” countries where incumbents are rolling back democratic evolution because it threatens their power and financial privileges. Those leaders, be they of governments and oppositions – who are committed to bestowing democracy in Africa should recognize Somaliland’s indubitable progress from war to peace.