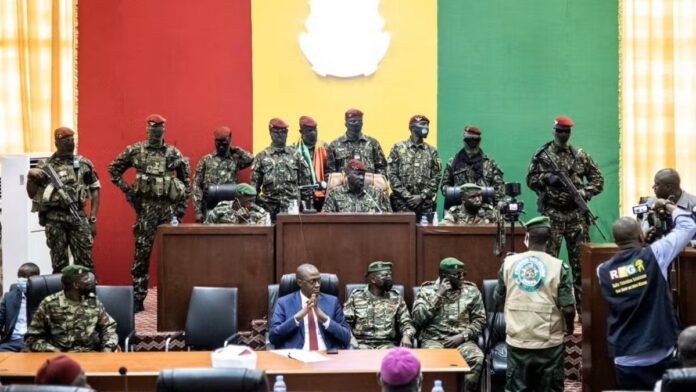 Since 2019, we have been witnessing the reemergence of coups in Africa. In Sudan, after several popular demonstrations, the army ousted Omar El Beshir from power on April 11, 2019. On August 18, 2020, in Mali, Ibrahim Boubacar Keita was overthrown by militaries. Chad would follow with the assassination of Idriss Déby Itno in April of 2021. On the 5th of September 2021, in Guinea, Alpha Condé was overthrown by a coup d’État. He was followed by Rock Marc Christian Kaboré of Burkina Faso on January 24, 2022.

Following these various coups, transitional governments were set up. Very often, under pressure from international partners and regional organizations, the actors of the coup profess their desire to organize presidential or general elections as soon as possible for a return of civilians to power. But in some countries, respecting the initial schedule seems to be a problem. It is the case of Sudan and Mali in recent coups.

This situation raises the issue of the duration of transitions after coups. Countries or regional organizations regularly decide on a certain number of months for the duration of the transition. On which arguments is the proposed duration based? The various ruling juntas often accept the proposed deadlines but fail to respect them. What are the reasons for this non-compliance with the schedule? This reflection analyzes the phenomenon of transitional governments in Africa and their duration after coups (1) and the reasons for non-compliance with deadlines (2).

The current coups in Africa bring a new deal on the issue of democratic governance. Previous coups often gave the liberty to the new junta to set up governance of its choice and to stay as long as possible in power. Some putschists stayed in power for decades.

The debates seem focused on the duration and on the person (civilian or military) who should lead the transition. For example, on August 18, 2020, following the coup in Mali, the putschists spoke of a brief transition before proposing during the meeting with the ECOWAS envoys a three-year transition that covered the rest of the mandate of Ibrahim Boubakar Keita and led by the leader of the junta, Colonel Assimi Goita. The ECOWAS envoys had opposed, proposing a transition of up to twelve months with a civilian president and vice-president. And the duration of 18 months was finally adopted.

The other debate on the duration of the transition lies in the fact that the military would be an alternative to the political class at odds with the people. For some citizens, the transition with the military in power must last the time to solve the problems of the country that politicians have not been able to manage. With the failure of the political class, the military is sometimes perceived as the only one who can properly lead a country that obviously needs rigor in its governance, hence the support of an important part of the people for an endless transition led by militaries. The junta in power in Mali justifies its proposal for a longer transition by the need to have time to “rebuild the State and the institutions” strongly decried in their current forms. This speech seems to appeal to a large part of Malians.

Why are Endless Transitions Prevailing in Africa?

There are various reasons behind the debate around the duration and non-respect of the agenda of the transition after coups in Africa. They are linked to the political ambition of the military in power and to the complex political and security context of the states concerned. Once in power after the coup, the putschists used various means to make the transition as long as possible. It is sometimes under pressure from international partners that the junta accepts the inclusion of the duration of the transition in the charter. And when this duration is even defined, the military finds shortcuts to not meet the deadlines.

Countries facing coups have different political and social contexts, and when the question of transition duration is debated, partners of the country regularly forget to look at it before proposing / fixing the duration. For example, Mali and Guinea do not have the same political context. While in Mali, there are issues of terrorism/violent extremism added to the question of governance, Guinea faces the problem of political governance. It is, therefore, difficult to fix the same duration of the transition in the two countries.

The other reason, and not the least, is the inadequacy of the transition missions listed in the charter and the duration desired by partners and national political actors. For example, in Mali, the transition missions listed in chapter 2 of the charter cannot only be carried out in 18 months, in particular the point on “the restoration and strengthening of security throughout the national territory.” It is impossible to solve the problem of insecurity in the whole of Malian territory in 18 months.

What Lessons Can We Learn?

In some countries affected by coups, the mandate and the duration of the transition are not very clear. Elections should not also be the highest priority in a transition. The juntas in power should also know that contrary to what some observers recommend; the transition should not drag on or be seen as an opportunity to solve all the country’s problems, which would also seem somewhat illusory.