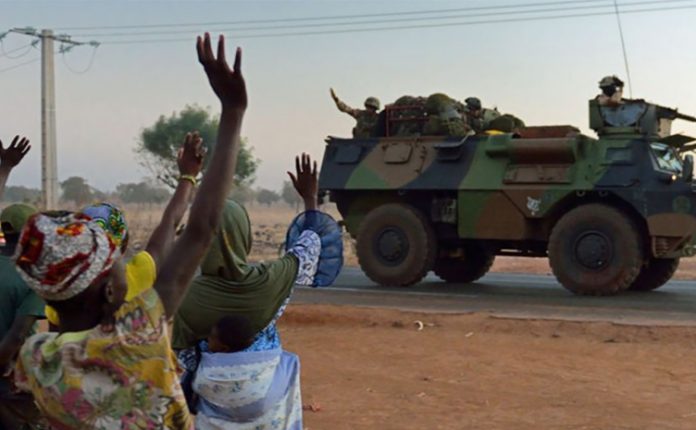 For more than a century and above, Africa has been a melting pot of cycles of violent conflicts: From colonial conquest, armed struggles for independence, and civil wars. These civil wars have many causes, including the battle over artificial frontiers inherited from colonial legacy, friction and contention among different ethnic and religious groups, and the rudimentary yearning for power and greed associated with some African leaders’ wealth. Parenthetically, the level of violence on the continent has remained high since the end of the Cold War. Civil wars which, no matter their backgrounds, attracted interventions by stronger powers either from within or outside the continent or both, and have become the model rather than the exception in some parts of Africa (1). Thus, addressing Africa’s conflicts before they manifest has become crucial to minimise the ramifications and foster sustainable development.

Early warning is defined as “a process that: (a) alerts decision-makers to the potential outbreak, escalation and resurgence of violent conflict; and (b) promotes an understanding among decision-makers of the nature and impacts of violent conflict” (2). It involves the consistent collection and analysis of data on conflicts by systematically monitoring and reporting conflict indicators (3). Early warning systems generate a set of products based on quantitative and qualitative analytical methods. This helps formulate scenarios and response options that are communicated to decision-makers. Early warning systems are linked to response instruments (4).

The foundations of ‘early warning systems’ are founded in two principal sources – disaster preparedness, where the methodical assortment of data was expected to make crystal clear the causes of natural disasters, and the collection of military intelligence (5). In the 1950s, a nexus was made between the efforts to predict ecological calamities, such as drought, floods, famine, and attempts to foresee crises emanating from the political causes (6). The 1960s to the 1970s was considered, by a strong belief, in the value of information technology and faith in the marvels of statistical scrutiny (7).

The early warning systems were mainly founded on the analysis and processing data from open sources, such as news reports and readily available statistics. These approaches, though, demonstrated derisory to the intricacies of deeply-rooted conflicts and far-fetched local situations about which minute public data existed. Simultaneously, a discourse was developed to link early warning with response measures and the specific recommendations for target groups. During the 1990s expert organisations – both local and international – became more concerned in getting early warning information and analysis to assist as a basis for their programming (8). Such thinking gave rise to the emergence of various early warning systems worldwide. Some of them were integrated with early response capacity, and others with a mission to provide analysis and recommendations for actors.

Conflict prevention is always less costly than dealing with a crisis in terms of human life, destruction, and instability in neighbouring countries (9). As the nature of warfare is mutating, with new security pressures and increasingly sophisticated technologies, Conflict Early Warning and Response will need to adapt to stay appropriate and address contemporary security challenges in Africa.

Early warning can be an effective instrument if sturdily linked to respondents. However, the relationship between early warning and the early response has not always been effective. Thus, strengthening this link to provide better responses to violent conflicts necessitates:

CEWRS monitor behavioural variations in communities, which serve as pointers of latent conflict situations. Therefore, relying on many actors across the spectrum, the systems are most operative when they include well-coordinated efforts between community volunteers, civil society organisations, religious institutions, national governments, and global agencies.

Early warning systems generally build on an analysis of root causes of violence in the preliminary phase, including breakdowns in political, economic or security structures. Local responders ensure the acquisition and analysis of situational responsive data on inter-community tensions, security and safety concerns. These may include information on peace disturbances, corruption of security forces, sexual violence, property destruction, or interpersonal conflicts.

In the ultimate phases, responders alert decision-makers and other relevant stakeholders, exacting the threat’s seriousness and providing recommendations for action. When early warning and response systems work, they can influence policymaking, and support conflict prevention and peacebuilding.

What are the Challenges?

Early warning and early response systems entail incorporated engagement between local actors and government officials. More specifically, traditional leaders and religious organisations need to be better informed and involved in these systems, as they are often keenly aware of threats on the ground. Their support is also vital in helping governments and international organisations implement an adequate response.

Operational early warning and response systems entail human expertise, unified political support and a specific technical platform degree. Stakeholders need proper education on indicators and response mechanisms, and peace committees should be organised with succinct accountability and policymaking systems. Moreover, there is a compelling need for governments to invest in policies and a genuine culture of prevention, since public administrations which are dysfunctional by conflict and corruption are often ineffective at implementing response recommendations. In less developed communities, lack of technological know-how and infrastructure can impede clear communication and teamwork between peace stakeholders.

In conclusion, much needs to be done to ameliorate early warning practice and increase the responsiveness of what conflict early warning and response can bring forth. Synopses of early warning projects assessments need to be made public to enable learning and help policymakers take action. Civil society has a central role to play, but it should be sharing lessons and best practices.