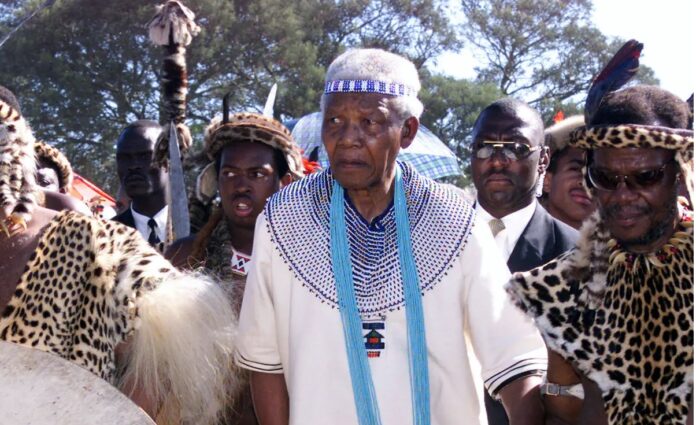 The 50-year plan by the African Union was established as Agenda 2063, which was adopted by the Heads of State of Government. The agenda was titled “The Africa We Want”. This development framework, benchmark, and compass is aimed at a socio-economic transformation. This transformation requires collective capacity from a continental and national level, active citizenship, robust value systems, and participation. Within the agenda, seven guiding aspirations mirror the prosperous shared Africa we aim for.

Regarding aspiration 5, an Africa with a strong cultural identity, common heritage, shared values, and ethics., the key priorities for operationalizing this aspiration include the pre-eminence of Pan-Africanism, which focuses on Africa’s strong culture, heritage, and identity, along with the restoration and preservation of African culture and identity. The continent is fast approaching the end of the First Ten Year Implementation Plan (FTYIP) of Agenda 2063 (2014-2023). It is of utmost importance to reflect on the plan’s progress, successes, and setbacks as monitoring and evaluating the FTYIP of its implementation. The progress report on the first ten years of implementation reported that only 12% of progress was recorded on aspiration 5 in 2019. The primary and secondary curriculum content on African culture, heritage, and languages measured this. However, the progress also ensures that effective strides are taken to achieve aspiration 5, in which progress of 45% was recorded in 2021 in the second report. Which shows excellent improvement and a window of potential in achieving the African We Want.

This piece seeks to understand the progress of this aspiration by looking at the construction of African identities and values and the need to bridge the gap between ideologies, research, and practice. This is aimed at surveying solutions in an integrated approach and collective efforts where each African has a role. Firstly, this article will focus on the impact of colonialism on the African identity, and on contemporary Africa. This will be followed by ideologies and mechanisms that can help achieve this aspiration together with their practical implementation.

The construction of African identities has been burdened and diluted with social constructs since the rise of colonialism. Indeed, one can argue that colonialism had an immense generational impact on the construction of African identities and values. The impact continues to manifest in mental slavery, which is primarily prominent in contemporary African culture, language, economic models of development and development trajectories. As insignificant as these trends in African identities may appear, they  show how African people view and reflect on themselves and the rest of the world. Undoubtedly, colonialism has defined an African person most unpleasantly, as a result, Africans perceive themselves as sub-human and barbaric. It can be argued that in all the definitions and identifications used to define a Black person, none were determined by black people. It can be argued that one’s identity informs behavior and general outlook on the world, social interaction, and caliber. Most importantly, it informs their everyday goals and objectives, and how they work towards them.

Europeans designed a system of primitive accumulation that resulted in the confiscation of land from Africans to enslave people and increase their susceptibility to slavery. This lead the colonial power to forcefully modify African conventions, religious connections, belief systems, educational institutions, and the African culture, which they justified as civilizing undeveloped Africans. Accordingly, Africans were subjected to mental slavery, which is still happening in modern-day Africa. To establish the supremacy of Europeans over African natives, mental slavery was introduced into Africa. Accordingly, this amounted to the genocide that destroyed the independence of many African minds. The literature that Europeans offered portrayed black people negatively. Unlike the stereotype of being white, which was usually favorable. As a result, according to European definitions and literature, people with darker complexion are seen to be less clean, less valuable, and ashamed of themselves. The notion that Europeans are incomparably better and more intelligent was popularized.

Due to this socially constructed identity and culture being shunned, African people continue to seek alternative cultures and races deemed progressive and suitable by society to redefine themselves. Such redefining has consequently trapped the African identity in mental enslavement in the quest to fit the pre-requisites of those alternative cultures and races. Accordingly, this has led to a multi-diluted African identity, where an African person believes that they must be wealthy, light-skinned, or modern enough not to identify as an African person. As DuBois notes, that …peculiar sensation, this double-consciousness, this sense of always looking at one’s self through the eyes of others… The aforementioned quote reflects on the innate need held by African people to see themselves through the lens of those they consider better in society. Consequently, those with little agency to redefine themselves perpetuate this colonial African identity in their daily lives; it becomes a self-fulfilling prophecy of their beliefs about themselves and the world.

Since attaining independence, African intellectuals have theorized, conceptualized, revised, and ideologized mechanisms in the quest to change this identity trajectory. Belief systems and practical means by which African people can psychologically emancipate themselves, redefine themselves, unify and achieve development that suits the African identity.

Nkrumah believed that Africanism was essential for developing the African personality, which had been momentarily buried by colonialism. The connections that bind us—our shared history, culture, traditions, and aspirations—are being rediscovered by humanity. Nkrumah fought for an All-African Union Government/United States of Africa and (scientific) socialism with his philosophy of “African Personality,” conception of the African revolutionary road, and Pan-Africanism. While Black Consciousness is a practical manual that teaches Africans how to break free from mental slavery. So, to assist black people in regaining their identity as people of color, Steve Biko strongly emphasizes psychological liberation. He defines black Consciousness as the realization among black people that unity and pride in the black race should take precedence and reinforce one’s value and confidence. This is a reaction against the legacy of colonialism that the South African apartheid system left behind. As a more concrete goal, Steve Biko promoted Black Consciousness’ economic independence. While A new national song and flag were designed to erase Burkina Faso’s colonial past, an approach termed the Upright Man.

From the principles of Ujamaa, Black Consciousness, the African personality, and the Upright man, these have been revised and reiterated to the point of cliché. However, the impact has been minimal. African intellectuals who proposed these mechanisms understood the significance of attaining the freedom to exercise one’s democratic rights. However, a greater need was urgent to establish a paradigm shift in the African perspective and identity to circumvent mental enslavement and its manifestations, as evident today. Thus, these ideologies’ failures in operationalization are signaled in their dormant state, where they are present yet not active.

They are not fully operationalized and used to their total capability. This is due to the ideologies remaining alien to the people it is supposed to emancipate. Rather such ideologies are fully engaged by philosophers, academics, and researchers. Thus, these ideologies remain strictly academic and alien to non-academic people. The need to bridge the wide gap between these concepts, research, and their everyday inclusive practicality, like how religion is practiced. The first step is to unlearn the colonial identity that has distorted the true African identity. The idea and solution are to simplify these ideologies into everyday activities. The progress report also indicated that strides taken to increase this percentage include the celebration every year, Seychelles celebrates the FetAfrik festival. This weekend-long event features African music, dancing, food, and visual art. Similarly, the celebration of May 25th is known as Africa Day. A day commemorates the foundation of the Organization of Africa Unity and Africa liberation. February is also recognized as African History Month, a month of remembrance of important events in African history and diaspora.

However, the argument is that much more can be done to reconstruct African identity, values, cultures, and heritage. Indeed, education is the most effective way in which people learn. Therefore, the pre-colonial history of Africa must be included in educational curriculums and constitute a large percentage of the content taught. This pertains to using African history as a methodological approach. For instance, African intellectuals and their contributions should be recognized in all subjects and modules. While relevant literature on indigenous knowledge systems and African victories should be reiterated in lessons. This approach should span from a primary level, secondary up to tertiary. This will not only reiterate African victories and mirror the true potential of Africans but can further instill confidence and reaffirmation of African greatness in young African minds. This also applies to beauty standards, beauty contests dedicated to embracing African beauty, as constructed by Africans, and celebrating true African beauty need a more significant footprint across all African countries. Another way of simplifying ideologies is through music and art, music that will reflect true African history and African victories. Music is universal, thus, has a way of conveying the message to everyone.

As a way of boosting the 45% progress to 60% by 2023, as aiming for the FTYIP collective action and integrated approach, the operationalization should not be considered a solution but rather should be embraced as a redefinition of the African continent and African identities as designed by Africans. The ideologies reviewed above should be ingrained within Africans, thus, should not be treated as an alien documented idea in defining African people, but rather a way of living, reflected in our everyday life. This speaks to the philosophies of ubuntu in how we treat one another, Black Consciousness in how we describe ourselves, and the upright man ideology should be evident in our moral code. These redefining and reconstruction mechanisms should be communicated in every African language and accessible to everyone. Notably, more prioritizations should be granted to this aspiration by the education sectors and African governments to reiterate its significance in reconstructing African identities. More importantly, every African must participate in this identity attainment as everyone has a societal role. 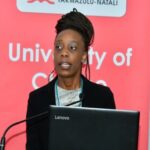