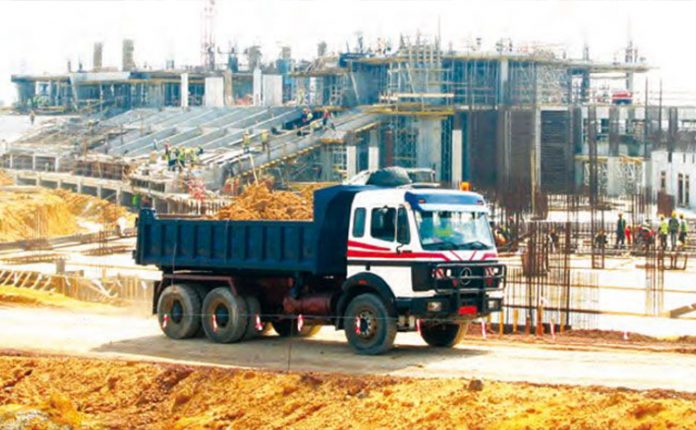 A significant view was in the year 2011 when the President of Cameroon – H. E. Paul Biya – announced the emergence vision for the economy. It has commonly been referred to as “Vision 2035 or 2035 Emergence of Cameroon.” From that faithful day to the present time, this word is one of the most spoken phrases in Cameroon’s political and economic language. According to the English Dictionary, emergence is expected to bring about a process of becoming visible or prominent in existence. This article seeks to isolate aspects fundamental to infrastructural development that are necessary ingredients for Cameroon’s emergence.

Infrastructural development is the construction of basic fundamental facilities and provision of services to stimulate economic growth and improve the quality of life (Spacey, 2018). Aschauer (1989) emphasized in a groundbreaking seminar as it being the main contributor and an essential variable in economic development. This is expected to be a priority for the state and other stakeholders toward the development process, especially as it constitutes a major tool in the Growth and Employment Strategy Paper aimed at driving the country toward emergence by 2035, says Molem and Akame (2016). Infrastructure is a broad concept, but we choose to narrow it down to include transportation, energy, social and green infrastructure.

In this regard, we limit our concern to roads, railways, airports, bridges, and seaports at all fronts. A milestone has been achieved in this respect, as reflected by the construction of the second bridge over the largest river in Cameroon, River Wouri in Douala, Cameroon. This bridge was delivered in 2018 December by the construction company Sogea Satom. It covers 756 meters and carries a railway of over 746 meters long. This project cost 141.6 billion FCFA; this is an attempt to facilitate circulation within the economic capital and to link the various regions of the country (Andzongo, 2019).

Geoffray Terrain, who manages the projects within the Ellipse project, said 19 bridges were under construction, 14 of which were expected to finish in 2019, while the remaining five were to finish on the 31 March 2020 (Andzongo, 2019). On 18 May 2017, the Minister of Transport Edgar Alain inaugurated in Douala the third gantry crane of the port, not forgetting the construction of the Kribi seaport and the Limbe deep seaport to be constructed (Sidenius, 2017).

This dimension is associated with the production and delivery of various energy sources such as hydroelectricity, solar panels, and their installations. Cameroon has been facing considerable power supply issues given the heavy reliance on a thermal system, which is relatively costly for sustainable electricity supply. The president launched the construction of two hydroelectricity dams – Memeve’ele Dam and the Lom Panga Dam – whose completion and operation is expected to supply significant kilowatts of energy for domestic and international consumption. The power from the Memeve’ele Dam at the state of completion in 2020 could supply 100MW to Ebolowa – the capital of the South – and 7MW to the neighbouring community (Andzongo, 2019).

Social infrastructures are human-related facilities and generally cover a range of services that meet local and strategic needs for humans. These facilities are expected to contribute toward a good quality of life and include health facilities, education systems, playgrounds, youth and recreational facilities, sports and leisure, faith and emergency services, community supports systems, public space, libraries, and cultural institutions. The educational facilities have been significantly transformed with major contributing partners and agents like UNICEF, budgeted to inject about 11 million US dollars between 2020 and 2021 (October 26, 2020, New reports).

Cameroon around the 1990s could only boast of one state university, which functioned as two institutions, but today there are eight state universities in Cameroon (Ngolle Ngolle in the Sun Newspaper, 2014). There is a proliferation of primary and secondary schools in almost every county or sub-division – a remarkable trend as opposed to what applied some few decades ago. There is no doubt that Cameroon is making visible steps toward emergence (Ngolle Ngolle in the Sun Newspaper, 2014).

Sporting infrastructures were launched and delivered, such as the 50,000 seat capacity Japoma Stadium in Douala, the 60,000 seat Olembe Omnisport Stadium, the rehabilitation of the Douala Reunification Stadium, and the Roumde Adija Stadium in Garoua. In line with this, there is also the construction of low housing structures in all 10 regions of Cameroon (Mbonteh, 2018).

The global cry of environmental degradation and depletion of the ozone layer has added a major concern in the area of green environmental management. This is associated with pollution, consumption of natural resources, and recycling facilities to reduce the negative effect of harmful waste from the ecosystem. The Cameroon government made it possible through the contract signed with Hygiene and Health in Cameroon (HYSACAM), which has actively taken part in cleaning all refuge in major urban areas. The Cameroon government, some three years ago, banned the production and importation of non-recyclable nylon papers and afforestation. They also put constraints on the exploitation of the natural forest, wildlife, and fishing along the Atlantic Ocean within the Cameroon sea zone.

In brief, the Cameroon government, in partnership with development agents, has put in considerable efforts to emerge in 2035. However, much is yet to be done to achieve emergence in a decade and a half from today. It is imperative for policymakers to map the developmental rate and the promised period of emergence and identify the critical developmental activities that require speed-ups.

Additionally, in the current global era, benchmark with other countries is a valuable initiative that has emerged to enable the identification of strengths and weaknesses. More so, all policies should be monitored and evaluated to ensure effectiveness toward emergence goal attainment. Emergence efforts should be more of a national culture that is embedded into the daily operations of every citizen with appropriate rewards. We need less words and more action. 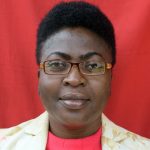 Neba Noela Buwah is a research associate at the Nkafu Policy Institute, she is also a lecturer at the University of Buea, one of the Anglo-saxon universities in Cameroon where she has been working as an academic staff for the past ten years.