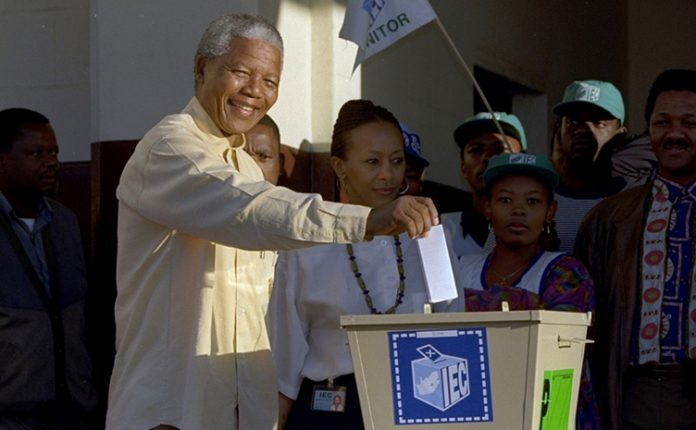 Can one legitimately discuss the state of democratic practice in Africa thirty years on while avoiding the crucial question of political leadership? The undertaking seems dangerous because, if we look closely, the inking of democracy on the continent is inseparable from the role played by political leaders. The link between democracy and political leadership seems, therefore, unbreakable. Thus, analysing the successes or resistances of democracy in Africa means questioning in the background the role of political leaders and their contribution to the entrenchment of democratic culture on the continent. Historically acquired to single-partyism and authoritarian presidentialism after independence, African states gradually transitioned to liberal democratic principles during the democratic transitions of the 1990s. Whether or not this conversion is carried out through “sovereign national conferences” will essentially result at the political level, in an “authoritarian decompressio” of the political environment and the institutionalisation of a legal framework favourable to the rule of law, the expression of freedoms and pluralism. This new democratic era will be embodied in the Constitutions adopted and established as a fundamental norm. This renewal will also be marked by adopting numerous “freedo” laws and the establishment of institutions protecting these freedoms.

It is hardly surprising that democratic transitions, significant moments in Africa’s history, have brought to light political leaders committed to the virtues of democracy. Thus, Nelson Mandela’s leadership resonates with strength and conviction on the continent. A figurehead of the anti-apartheid struggle, he was the first democratically elected South Africa president after twenty-seven years of incarceration. After presiding over the destiny of the “rainbow” nation from 1994 to 1999, he gave up a second term, thus laying the foundations for a democratic state in South Africa.

By accepting the holding of the memorable “national sovereign conference”, Mathieu Kérékou, who ruled Benin with an iron fist following the 1972 putsch, has risen to the rank of historical figures in the democratisation process in Africa. Defeated in the 1991 presidential election by President Nicéphore Soglo, he democratically regained power in 1996 and left the political scene in 2006 after two terms.

If some portray President Jerry Rawlings as the “specialist” of coups d’état, history pays tribute to him today for his role in building a democratic Ghanaian state. As a young lieutenant in the air force, he first came to power after the first coup in June 1979 against the ruling military government, accused of corruption and public funds embezzlement. After three months, he handed over power to a civilian government, characterised by the same acts of mismanagement and prevarication to the Ghanaian people’s detriment. Outraged, Jerry Rawlings perpetrated a second coup d’état in 1981 and definitively swapped the costume’s truss. He was elected President of the Republic in 1992. After two terms in office, he finally relinquished power in 2000 without violating the Constitution. Since then, Ghana has experienced several alternations at the top of the state.

President Abdou Diouf was big in stature, but also the rooting of democratic culture in Senegal. In fact, following President Léopold César Senghor’s resignation in 1981, he served as President of the Republic from 1983 to 2000, when he was defeated in the second round of elections by his challenger Abdoulaye Wade. He acknowledged his defeat by officially congratulating his opponent. He will have placed his respective mandates under the sign of deepening democracy in Senegal.

President of Liberia from 2006 to 2018, Elen Johnson Sirleaf is the first woman elected head of state in Africa. At the end of her two terms, she renounced amending the Constitution and retired from political life. She was awarded the prestigious Nobel Peace Prize in 2011 and the Mo Ibrahim Foundation’s Award for Excellence in Governance in 2017 for her outstanding governance.

By distinguishing themselves through their various actions conducive to the entrenchment of democratic culture in their respective countries, these political leaders have marked the history of Africa’s democratization process. Since then, however, democracy seems to have been deeply tested on the continent because of political leadership that is not very committed to democratic virtues.

Toward the Crisis of Democratic Political Leadership in Africa

No one would resist the temptation to say with Professor Alain-Didier OLINGA that, about democracy, African Heads of State “have the consummate talent to be, in terms of principles, in the spirit of the times, to never retreat from the dominant discourses, to sing them if necessary, even if we do not believe in them too much, to appropriate them even if we are convinced that we are incapable of making them operational.” Thirty years after democratic transitions, political leadership in Africa is illustrated by regrettable anti-democratic practices. Five (5) indicators demonstrate this.

Attacks on the Exercise of Freedoms: If we agree that freedom is the existential matrix of democracy, it must be noted that the expression of freedoms – in this case, the freedoms of assembly, demonstration, and expression – are in deep decline. Everything seems to indicate that authoritarianism is back on the continent.

The Muzzling of the Opposition: When it is not prohibited, the opposition is subjected to severe existence conditions. When it is reckless, its main leaders are deprived of freedom, and the militants are subjected to inhuman and degrading treatment.

Electoral Staging: The practice of electoral democracy in some countries offers “spectacles” characterised by unfair rules of the game, a biased election management body, and a judge at the boots of the executive branch. This electoral orchestration results in astronomical scores that in no way reflect the will of the people. The dramatisation of the elections is implemented by heads of state who are, for the most part, obsessed with the “third term syndrome”.

The Syndrome of the Third Term: The Constitution’s amendment manifests this syndrome to remove the lock on presidential terms’ limitation and neutralize any desire for alternation. Thus, most African political leaders resemble monarchs invested with a “life-saving” mission to their people. However, this is not the case.

Faulty Governance: All democratic violations are supplemented by calamitous governance that dries up any aspiration for development. Corruption and the misappropriation of public goods reign supreme, despite the official discourse that continuously announces their eradication. Because of the above, one is tempted to conclude that the era of political leaders committed to the principles of democracy is over on the continent.

Ultimately, it must be admitted that the malaise of democracy in Africa results from political leadership that is resistant, even “hostile” to democratic virtues and principles. At a time of significant development challenges and globalisation, Africa can no longer afford to live in the memory of the great pro-democratic political leaders who have shaped history. It is called upon to rise from its ashes by averting the fate of the inconvenient gerontocracy.

This will require the massive involvement of young people in the political field to create a new political class in love with democratic precepts. This renewal of political interest of the youth must be supported by a diaspora called to make its transformation to achieve the transition from the economic diaspora to the political diaspora.