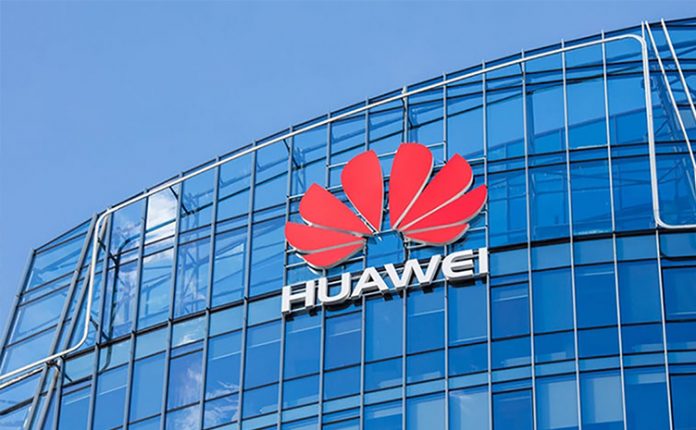 The last decade has seen unprecedented advances in technology, from machine learning to forecast patient health outcomes, to renewable energy and biofuels adopted across a range of advanced, emerging, and developing market economies. While there is much bluster about machine learning, robotics, and data science, 5th generation technology – 5G for short – appears to be an indispensable pillar in the modern-day economy. 5G will enable a seamless interconnectedness of modern-day digital products and improve online user experience. From coffee makers to cell phones, cars, electricity, and washing machines, it reinforces tech and digital linkages that enable electronic systems’ smooth functioning.

In 2018, the Trump administration sought to limit China’s technological expansion across 5G networks by imposing tariffs on Chinese goods and services, whilst deriding its 5G technology as spyware that can imperil national security for countries that choose to use it. Since then, Australia, Japan, Taiwan, New Zealand, the U.S., and Britain have imposed partial or full restrictions against Huawei 5G technology. This could severely deter the adoption of Chinese 5G technology globally and enable a faster catch-up from tech companies across the West. A key example is Swedish telecom giant Erikson providing 5G connectivity across Croatia.

One could argue that the trade war from the outgoing Trump administration was used as a tool to stem improvements in China’s tech competitiveness. But this is incomplete as Ericsson invested a more significant deal in research and development as its market share across smartphones wanes following the rise of Apple, Samsung, and Huawei across the United States, Japan, and China.

Given several companies are stepping up their 5G capabilities, it might be time to design some best standards that do not allow backdoors across networks, whilst ensuring that Huawei can operate across Africa. Important consideration should be given to how countries can incorporate the data economy into their security strategies to better data governance and consumer safety. By no means is this an easy fit. Still, the likes of Britain set up a research institution – paid for by the Chinese – in other for them to monitor Huawei technology and propose solutions to vulnerable technology.

Why is 5G Contentious and What Should Countries do About it?

The adage that Chinese 5G is technologically dubious is widely regarded to be true. Whether or not this is credible and should serve as the roadmap for countries’ future technology policy is beside the point. 5G will become increasingly used worldwide as cheaper alternatives to Huawei and Erikson emerge, and countries develop their communications infrastructure sufficiently. Only 6% of Chinese loans in Africa were invested in communications networks. These will likely facilitate the adoption of Huawei 5G technologies across these countries, which do not have credible alternatives and are mired in debt due to COVID-19 and poorly executed concessional loans. According to the IMF, 1 in 3 African countries are at high risk of debt distress, and COVID-19 has further constrained their ability to Marshall Investments into key sectors in a manner that prioritizes security.

Spying Scandals and the Travails of Modern-day Technologies

Several scandals have emerged linking China to spies across Africa and the West. While this is diplomatically moot, it points to a general trend of counterintelligence that is now common-place in security circles across the globe. The question, then, isn’t about the salience or safety of 5G, but rather one about security frameworks and digital accountability that could serve as the backdrop for effective global tech governance.

The IMF recently released a report, noting that the number of technology breaches in the U.S. breached the 1,000 mark. Simultaneously, cases across Capital One and Marriot in 2019 were equally symptomatic of a nefarious trend.

Technology can be leveraged to improve connectivity, lessen impediments to trade, and bolster security, but it can equally be leveraged to hack into consumer data and systems software. The decision to oust Huawei from certain countries’ jurisdictions is politically motivated, but this is not without reason if recent experience is anything to go by. In developing market economies, with little developed payment systems, the adoption of 5G can facilitate real-time gross settlements systems that will improve the fluidity of the financial system. This is ever more salient for countries such as Cameroon, where over 30% of people use mobile money, with over 23.62 million mobile connections in January 2020.

Africa Should Take a Dual Approach to Technology

African countries are heavily indebted to the Chinese and multilateral organizations. However, this does not preclude them from implementing effective security strategies to improve, develop and upgrade their infrastructure in a manner that facilitates economic development and ensures mutually beneficial outcomes. Earlier in 2020, the Minister for Communications in Kenya reiterated technology and communications sovereignty in the face of U.S. pressure for countries to abandon Chinese 5G. This is understandable as most African countries are increasingly indebted to the Chinese and are unlikely to do anything to rock the boat as such an outcome could prompt Chinese retaliation.

This will inevitably have an impact on foreign direct investment as well as exports from Africa to China. African countries could implement a few strategies to limit the spread of malware or spyware across their communications network.

1). Data localization: 5G is necessary for Africa’s developing communications infrastructure and will become increasingly used in the coming decade as countries transition to a more efficient and interconnected communications network. African governments should ensure that specific data types are stored locally. This should include demographic data and other consumer data related to digital habits such as online purchases and web browsing. Countries in South East Asia, such as South Korea now require that all demographic data collected in the country be stored locally. In contrast, African countries such as South Africa have recently seen an emergence of data centres that can secure consumer data and ensure that data flows are regulated.

2). Communication Bureaus and Data Centres: In other for African countries not to veer into data populism, it is necessary to create data centres, where demographic and other sensitive information can be stored. Not only will this generate employment for youths in the tech sector, but it will also equally ensure that consumer data is guarded against cyber-attacks.

While this does not completely eradicate such attacks, data centres can be used to regularly monitor and repel cyber-attacks. It will equally help ensure that software is verified against malware or backdoors that can pose grave harm to national security.

Separate Centres can be Created to Scrutinize Huawei Software

This is necessary as Africa is one of Huawei’s largest markets and is poised to remain so for the foreseeable future. Additionally, such centres should be jointly funded by African governments and the Chinese Telecoms giant. Finally, such an outcome will prevent any data breaches or backdoors that the Chinese have conveniently left for future use. This assertion has been reiterated by several Western countries, but rather than block Huawei from its networks, Africa should see this opportunity to leverage its tech workforce to improve cyber resilience. Additionally, such an outcome will build trust between China and African governments’ even as some continue to reel from the spying that is reported to have taken place at the AU headquarters.

3). Intelligence cooperation and sharing: In the coming decade, Africa will continue to face a plethora of security risks, cyber or otherwise; by working with the Chinese on tech governance, data portability, and cyber resilience. Greater cooperation will foster information sharing that will serve as the basis for a more coherent and resilient tech infrastructure on both sides. This wills further stave off future diplomatic squabbles as Africa balances security concerns with its trade relationship with China. A framework for information sharing should be designed such that backdoors and sub-standard software is detected and shared.

China is one of Africa’s largest trading partners and has invested a great deal into the continent over the last decade. Some Western countries have branded Huawei as unsafe. While such claims are not entirely unfounded, African governments will be counterproductive to choose sides in the Huawei debacle. It is asserted that China has willfully designed backdoors in its software to spy on consumers worldwide even as such claims have not been followed by substantial evidence. Rather than take an aggressive or conciliatory approach, Africa should cooperate with the Chinese to design effective data centres and frameworks to monitor, share and exchange knowledge on cyber-related issues.