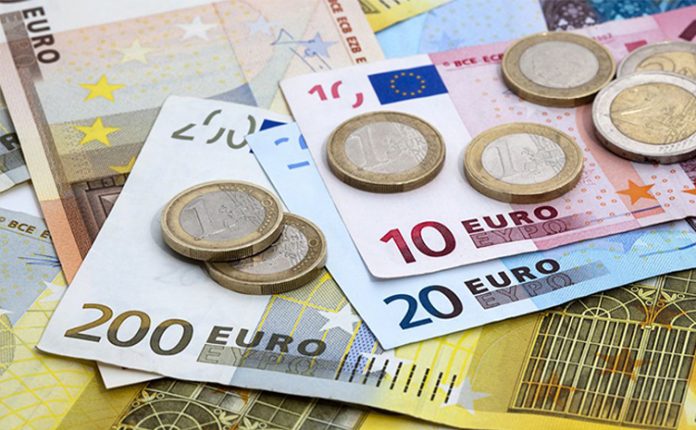 The post-COVID world will be much different from that of the past; this adage is widely regarded to be true. One of the most salient changes will comprise the internationalisation of the Euro, which seeks to become the face and instrument of a new, more sovereign Europe. By most indications, the former President of the European Commission – Jean-Claude Juncker – says the Euro will seek to play a more significant role in global trade and finance. Three questions should be answered concerning the Euro’s international role:

This article seeks to answer these questions by delving into the quantitative aspect of the Euro, such as its contribution to global GDP and debt issuances. Rather than conclude with policy recommendations, I outline a rationale for an approach to trade and global financing that is consistent with domestic development objectives and European priorities vis-à-vis climate resilience and sustainable economic development.

Some Historical Perspective is in Order

In the aftermath of World War II, the United States and Europe adopted a new currency exchange rate system known as the “Bretton Woods” system, which linked European currencies to the dollar that was convertible to gold.

After World War II, the French Franc’s devaluation precipitated the creation of a new currency that was created for those colonies – the “Colonies Françaises d’Afrique” franc, or CFA franc.

What Makes a Currency International?

Historically, international functions have been shared between currencies, and the international weights of currencies have evolved, according to a limited number of variables. The most important of these are the economic size of the issuing country, the level of development and stability of the underlying financial market, openness to capital movements, a policy stance that encourages currency internationalisation, and political and military power. Except for financial stability, these factors do not vary substantially in the short run and give rise to persistent, long-term trends. Thus, in the first twenty years of its existence, the Euro has consistently been the second most used international currency, while the dollar has maintained the first position since the Second World War.

The most significant benefit for the Euro area if the Euro played an increased international role would be less dependence on the dollar and a reduced ability of the United States to pursue its transnational geostrategic objectives, which are possibly inconsistent with European Union objectives. Before going any further, we must, therefore, ask a salient question?

The Euro ranks second in the share of world GDP after the U.S., even as China is projected to overtake the Euro by 2023. At first glance, this might seem trivial as over 65% of global trade is invoiced in dollars. This is consistent with economic theory as the Federal Reserve is the lender of last resort and its ability to print new money is unlimited.

Not only does the dollar’s highly liquid properties insulate it from probable displacement from any one currency, but fewer trade will be cleared in Euros as its share of global trade declines further in the coming years.

As illustrated, the Euros share in global trade – 15% – has been falling steadily since 2009 as China surpassed it as the global manufacturing powerhouse. Meanwhile, in 2018 over 56.2% of goods originating from non-EU countries were invoiced in dollars. But this could change if the EU begins invoicing its trade to countries like Cameroon in its currency. Mutual invoicing in the indigenous currency will reduce the adverse balance sheet effects of trade invoicing in dollars and diversify global invoicing for goods and services. This is especially salient for Cameroon, whose currency is pegged to the Euro.

While the Euro’s global trade share is falling, the reverse is happening for China that could increase demand that its exports are invoiced in the Chinese Renminbi. However, China will have to liberalize its current account further and allow its currency to float if such an outcome is ever likely. One should note that the Euro’s global export share is rising, which could serve as an anchor for its currency in global trade over the medium term. However, Europe’s COVID-19 response has emphasized the need to digitize the economy, decarbonize, and up-skill its workforce. This suggests that its exports’ value could rise over the long run if it prioritizes higher value-added goods and services across its value chains.

However, it should be noted that the Euro’s internationalisation does not come without risks to economies like Cameroon – with a fiscal and current account deficit exacerbated by structural impediments. This includes a misaligned incentive for foreign direct investment underinvestment in infrastructure and human capital.

Why Does the Euro’s Internationalisation Matter to Cameroon?

1). A weaker Euro will have negative implications for the – currently pegged – CFA franc. If the Euro does not internationalise, the exchange rate could be more susceptible to Euro-induced swings that will cause prices to rise. Furthermore, the CFA’s legitimacy could be compromised as investors will attach excessive risk to Cameroon and the CEMAC region in general.

2). It is perhaps not known that the foreign exchange risk between the Euro and CFA franc can be negligible on trade. However, over 65% of global trade invoiced in dollars, which could impose unprecedented strain on Cameroon’s FX reserves and the ability to service its imports as witnessed in previous oil price slumps and financial crises.

3). Europe is equally one of Cameroon’s main export destinations. The Economic Partnership Agreement provides Cameroon with unique market access for its bananas, aluminium, processed cocoa products, plywood, and other fresh and transformed agricultural products. To further internationalise its currency and achieve other geostrategic goals, it will be more seamless for Cameroon’s exports to the European Union to be invoiced in the CFA franc. This means Europe will pay Cameroon in CFA and Cameroon will play Europe in Euros.

For Cameroon to become financially salient and stable over the long run, it will have to clear exports of its goods and services in its currency. However, much of the debate about FX sovereignty and diversification in trade invoicing has posited that market forces, not policymakers, can engineer such a change. This argument is not unassailable as the European Commission and the European Central Bank have played an instrumental role in supporting the internationalisation of the Euro.

The internationalisation of the Euro is indeed designed to reinforce European economic and geopolitical sovereignty. Still, it will benefit Cameroon and the CEMAC region if policymakers begin thinking about invoicing exports in indigenous African currencies.