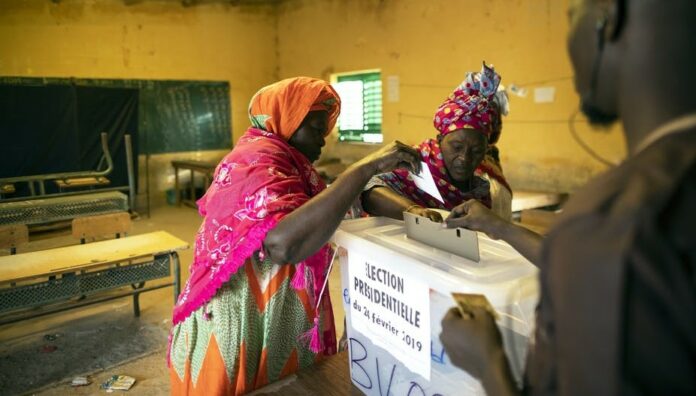 Everyday violence is a concern for rulers and ruled across the world. Preventing violence regularly leads to interference in the democratic processes. Between 2020 and 2021, sub-Saharan Africa experienced events that led to the establishment of two Military Transition Committees in Mali and Chad. The leaders of these committees emphasized restoring or seeking security as their priority. For them, this priority had a price to pay. This has meant that with the establishment of the MTCs in Chad and Mali, constitutional order has been pushed aside. In addition, republican institutions such as the government and parliament were dissolved. ”In Chad (…) [the MTC] announced at the same time the suspension of the constitution and the dissolution of the government and parliament” (RFI, 2021).

Chad and Mali are two countries in the Sahel. The Sahel is a region with most countries plagued by multiple constraints, including political instability, weak governments, terrorism, and poor governance. “In some ways, the phenomenon of terrorism has always been part of the history of the world, but the level of alertness in the international community fluctuates greatly.” (Garriaud-Maylam, 2014: 1) These constraints are at the root of the tensions, attacks, and security vulnerability – the need to restore security clashes with respect for democracy.

Democracy and security are two non-negligible components for sub-Saharan African states. Questions about the security of citizens are topical. This raises the question of whether security imperatives can be reconciled with democracy. Before delving into substantive developments, it is important to look back at the consecration of democracy in Africa by the African Union and the possible reconciliation of security and democracy through respect for international commitments.

The Consecration of Democracy in Africa by the African Union

The African Union has enshrined democracy in Africa through several legal instruments. The first is the Constitutive Act of the AU adopted in 2000. It is the “principal instrument and founding treaty that commits member states to establish representative and responsive democratic governance structures in an environment of peace and stability.” (AU Panel of the Wise, 2012: 31) The AU recognizes democratically elected governments and condemns in the strongest terms unconstitutional changes of government. The AU recognizes that elections are the only legitimate way to change governments and the safe way for the people to express themselves properly.

The second is the Conference on Security, Stability, Development, and Cooperation in Africa. Through this Conference, AU member states make peace, security, and political stability their leitmotif. They are committed to ensuring socio-economic development, as well as regional/continental cooperation and integration. The Solemn Declaration on the CSSDCA adopted in 2000 explicitly states that “democracy, good governance, respect for human and peoples’ rights and the rule of law are prerequisites for the achievement of security, stability, and development on the continent.”

The last instrument is based on the African Charter on Democracy, Elections, and Governance adopted on January 30, 2007, during the 8th Ordinary Session of the Assembly of Heads of State and Government of the African Union held in Addis Ababa. This Charter is the AU’s instrument for encouraging its member states to promote and respect good practices in democracy, elections, and good governance.

The dilemma in finding a balance between security and democracy is that the former ideology limits the latter. In the search for security, there is the limitation of democracy, and there are acts limiting the principles of democracy. This limitation supposes an exception. By exception, we see something that is not eternal or definitive. That is why, in situations of state crisis, governments can declare a state of emergency or a state of exception.

The problem here is that these exceptional periods seem to last forever for security reasons. The state of emergency or state of exception is not intended to last for a long time. Much more, security measures must be proportional to the protection of democracy. For, it is not in the name of seeking security that a dictatorial state should surface again in sub-Saharan Africa. The years of democracy in sub-Saharan Africa should not be completely erased, and African leaders should not, under the pretext of security, drag states back to the anti-democratic period. In democratic societies, there are mechanisms for restoring security, even if these mechanisms may lead to the suspension of the farthest reaches of democracy.

Security as much as democracy has its place in society; this is why: “Societies with a democratic tradition have been forced to find some accommodation with the demands for security as a boundary condition, usually insisting on strict control of decisions, a division of institutional power, and a particular emphasis on the legal conditions under which certain laws can be suspended.” (ibid) Security threats have existed for many, many years. It is worth noting that these threats can take different forms over time.

This is the reason for the state of exception and the state of emergency in a democratic society. This is also the reason why in a democratic society, measures taken by the government can be challenged in court. The separation of powers and the independence of the judiciary are characteristics of democracy. This right reserved to the citizen to contest the security measures taken by the rulers sounds the death knell of authoritarianism by a control of the governed on the security acts of the ruler. This is to ensure that democratic principles, if not continuously respected, are never violated for security reasons.

At the end of this analysis, it is clear that security and democracy are not easily reconciled. The fact remains that these two notions are not always contradictory. However, this does not mean that security has to come first before democracy. Thus, the sovereignty of the state, understood here as security, cannot definitively set aside popular sovereignty seen as democracy, even if “the risk exists therefore for any state, any region, any continent, to be affected by the syndrome of terrorism, drug trafficking, and violent extremism.” (Moulaye, 2014:26) 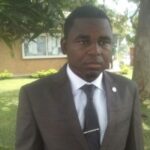