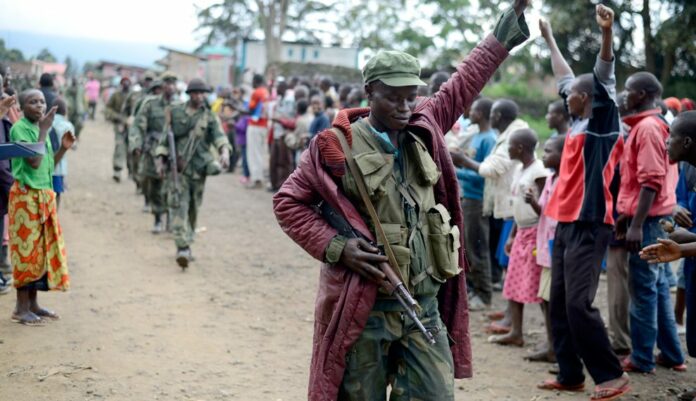 The democratization process in sub-Saharan Africa has been plagued by multifaceted and complex challenges since the 1990s. Indeed, there is a great diversity of types of democracies (Gazibo, 2010). Western democracy has encountered several obstacles on the African terrain; between coups d’états, sovereign conferences, passive revolutions, authoritarian or totalitarian drifts, and dictatorships in certain circumstances, democracy in sub-Saharan Africa seems to be undergoing another large-scale test (Sindjoun, 1999). So, faced with the multiple facets and manifestations of terrorism in sub-Saharan Africa, will democracy still be able to resist? Are we once again heading towards another mutation known as “democratic exception” in the face of terrorism?

This phenomenon is prevailing on the African continent. As far as Cameroon is concerned, the law adopted by the parliament against terrorism was aimed at complying with the provisions of the multiple international treaties. The adoption of anti-terrorism laws comes as a reaction against the terrorist threats that have become the original source of violence in the contemporary era, especially in Africa. These laws are essentially dictated by the need for national legislation in countries that are victims of terrorism.

The various laws have the advantage of giving a legal framework to the fight against terrorism, but also these laws have been considered liberticidal in the qualification of certain acts. The Nigerian law defines terrorism as follows: “commits or attempts to commit, terrorist acts by any means, directly or indirectly, unlawfully and willfully; participates as an accomplice in terrorist acts; organizes or directs others to commit terrorist acts; contributes to the commission of terrorist acts by a group of persons acting with a common purpose where the contribution is made intentionally and with the knowledge of the intention of the group to commit a terrorist act.” (Anti-terrorism Act 2011, section 2)

In Nigeria, the law n° 2011-12 of January 27, 2011, modifying and completing the organic law n° 2004-50 of July 22, 2004, establishing the organization and the competence of the jurisdictions of the Republic, in its article 1 (new), is created a “Judicial Pole in the fight against terrorism.” The Chadian law n° 034/PR/2015 of July 30, 2015, speaks in its article 3 about “acts, threats (attacks, hostage-taking, etc.) committed by an organization to create a climate of insecurity, to blackmail the government or to satisfy hatred towards a community, a country, a system.” But also targeted are acts that undermine the “regular functioning of the public service.” This devaluing commitment reinforces the accomplished illegitimacy of the acts carried out with regard to the law and the values of the society’s victims of the aggressions of Islamist terrorism.

Terrorism is defined in the Nigerian context as criminal acts against the state or a community whose purpose is to commit acts of intimidation. The country’s obligation to address the acts of Boko Haram led it to amend the 2011 law in 2013, which added to the panoply of acts of terrorism. In addition, Nigerian laws, as well as those of Cameroon and Chad, provide for the death penalty for perpetrators of terrorist acts. The fight against BH has allowed countries to put the death penalty back at the center of the so-called democratic debates.

In contrast, in Cameroon, the anti-terrorism law punishes the perpetrators and co-perpetrators of all acts of terrorism committed on Cameroonian territory. According to the Cameroonian law, Article 2 (1) “is punishable by death, whoever, personally, in complicity or co-action, commits any act or threat likely to cause death, endanger the physical integrity, cause physical or material damage, damage to natural resources, the environment or cultural heritage.” In addition, this law also punishes the financing, recruitment, money laundering, support, or advocacy of terrorist activities (Articles 3 to 9). Article 6 of the Cameroonian law provides for the retention of the death penalty for those convicted.

Chad’s anti-terrorism law, No. 034/PR/2015 of July 30, 2015, filled a legal void. Newly confronted with jihadist-type terrorism, Chad, like other countries in the Lake Chad Basin Commission area, was obliged to complete its legal arsenal against the advice of the opposition of certain political parties and civil society organizations. This law created the Special Criminal Court. In Niger, Ordinance No. 2011-12 of January 27, 2011, aimed to reform national legislation. Niger appears to be more advanced in the adoption of provisions criminalizing terrorist acts on its territory, unlike Chad and Cameroon. Benin, sometimes referred to as an example of democracy in Africa, also passed a counterterrorism law in 2012. In addition, countries such as Mali, Burkina Faso, and Côte d’Ivoire, which have been facing terrorism in recent years, have adopted the recommendations of the West African Economic and Monetary Union in July 2015 concerning counterterrorism in West Africa.

Summarily, the terrorist threat in Africa facilitates the reign of the state of emergency in the victim countries. This situation leads to the repression of certain “opportunistic” political leaders, but also of opposition political parties. This new vision of security sometimes puts democratic principles in brackets, making it difficult for citizens to exercise their right to strike and demonstrate, and sometimes postponing various local, parliamentary, and even presidential elections.

In other cases, there has been a strengthening of the repression of activism, which is part of a clear desire to annihilate dissent in African democracies. All countries today fear subversive or anarchist militancy that can lead to terrorism with the creation of the crime of criminal association, which represents at least 80% of terrorist cases. The process of democratization begun in sub-Saharan Africa must depoliticize the struggles by avoiding equating militancy to delinquency, criminality, and sometimes even terrorism. 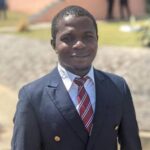