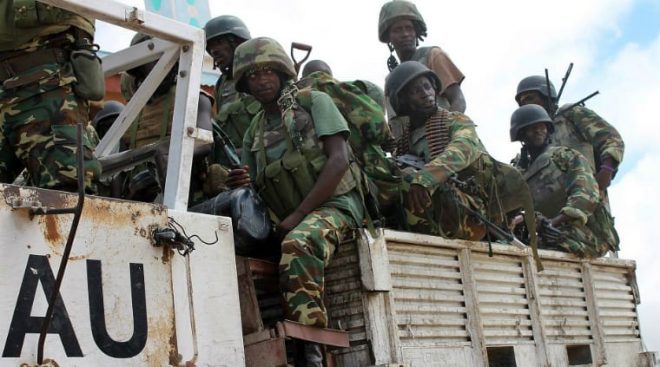 The African continent is illustrated by a multiplicity of armed conflicts, which have experienced an upsurge since the beginning of the 2010s. They are found in areas as varied as the Sahel, Central Africa, West Africa, or the Horn of Africa again. Yet the African Union (AU), since its inception in 2002, has been fully engaged on issues of continental peace and security. In order to intervene on different fronts, it has set up several security mechanisms, including an African Standby Force (ASF), which is slow to be functional. The implementation of the ASF was enshrined in the first ten-year implementation plan (2014-2023) of the AU Agenda 2063 with the aim of fostering the advent of an Africa living in peace and security. On the eve of the expiry of this ten-year plan, and faced with the proliferation of continental conflicts, there is reason to wonder about the state of operationalization of the ASF. What are his accomplishments? What are the constraints and difficulties it encounters? How can it be made effective during the second ten-year implementation plan? These are the main questions that will guide our analysis.

The role of the ASF is also to enable the PSC to assume its responsibilities with regard to the right of the AU to intervene in a Member State by decision of the Assembly, in certain serious circumstances namely: war crimes , genocide and crimes against humanity, under article 4 paragraph h, and the right of Member States to request the intervention of the AU to restore peace and security under article 4 paragraph j of the AU Constitutive Act. The ASF has a special dimension, it must allow the continent to have the necessary means to carry out its own interventions.

Progress in the Implementation of the ASF

Since the adoption of the first ten-year implementation plan (2014-2023), significant progress has been made in operationalizing the ASF. To this end, the main framework documents have been adopted: the Doctrine, the Training and Education Directive, the Logistics Concept, the Concept on the chain of command, the Concept on communication and information systems, the Standard Operating Procedures. The planning element and brigade headquarters have been established at the continental level, as well as in several regions. The Continental Logistics Base (CLB) was also inaugurated in 2017 in Douala, Cameroon, while the five Regional Logistics Center (RLC) are in the initial phase of operationalization, a six-month rotation and programming cycle of the Standby Force started in January 2017. Notwithstanding all these improvements, the operationalization of the ASF is slow to be effective. On the eve of the deadline for the first ten-year implementation plan (2014-2023) of Agenda 2063, the ASF still faces constraints that undermine its effective launch.

Persistent constraints in the Implementation of the ASF

On the technical level, in addition to the difficulty of respecting the deadlines for the effective operationalization of the ASF, we can also mention the laborious harmonization between the regional brigades due to the inequalities of development between them. The lack of administrative infrastructure at AU level, or even in certain Regional Economic Communities (REC), is also hampering the development of the ASF, and even seems to condition its future interventions in multidimensional areas such as the consolidation of post-conflict peace. One can realize that the police and civil dimension of the ASF remain underdeveloped. The emphasis so far has been on the military dimension, yet the police and civilian components are essential not only in terms of peacebuilding, but also in the event of threats such as transnational terrorism and violent extremism Finally, the AU remains entirely dependent, from the logistical point of view, on external support, both for strategic deployment and for the provision of communication and information systems.

On the political level, the operationalization of the ASF still faces several obstacles. The decision-making obstacles at the level of the States, the main contributors of troops, are the most important. The decision to send a contingent is mainly based on political considerations and expediency. States remain committed to the concept of state sovereignty as seen in the context of the conflict in Tigray in northern Ethiopia since 2020. The lack of clarity on what is explicitly the principle of subsidiarity between the RECs and the ‘ UA also hinders the effective launch of the ASF. This lack of clarity favors the proliferation of ad hoc armed coalitions (Ethiopia + Eritrea type in Tigray). However, the proliferation of these ad hoc armed coalitions raises questions about the relevance of the ASF. We can illustrate this imbroglio with the deployment of an East African regional force to impose peace in the east of the Democratic Republic of Congo in November 2022. If this force is institutionally and operationally composed of countries of the Community of East Africa (CEA), no text formally identifies it with the East African Standby Force (EASF).

The ASF presents significant financial shortcomings. Lack of financial support has repeatedly pushed back the deadlines for its official launch. Its financing continues to be at the center of its blocking, and conditions its operationalization. In fact, financing peace has always been the AU ‘s greatest burden . It does not have funding that can really make the ASF operational. The resources from the Peace Fund are insufficient in relation to the tasks to be accomplished.

Conditions for an Effective Operationalization of the ASF

In order to make the ASF fully operational during the second phase of the implementation of Agenda 2063, it is essential to make technical political and financial adjustments.

Operationalizing the ASF over the next decade requires making several technical adjustments. It is imperative to finalize the establishment of systems such as the five logistics depots. It is also essential for the AU to adapt the ASF to new threats such as religious fundamentalism and terrorism. It is also essential to resume and multiply the training exercises on the ground, the last AMANI exercise AFRICA II dating from November 2015.

On the political level, it is essential for the next decade that the States invest more in the operationalization of the ASF. On a regional level, it is desirable to strengthen ASF / REC cooperation. The AU should, for example, specify the doctrine for the use of its standby brigades, specifying whether or not they are intended to intervene as a priority in their sub -region of origin, which should normally respond to a logic of operational proximity and institutional subsidiarity. The nature of the relationship between the ASF and the REC must be defined because the AU texts do not really offer a definition of subsidiarity, complementarity, or even comparative advantage which must frame the relations between the REC, regional mechanisms, the AU and by extension the ASF .

On the financial level, as pointed out by President Macky Sall at the 2022 Dakar Forum, it is urgent for us to finance, more adequately, the African Union Peace Fund. The upgrading of the Peace Fund with adequate funding will make it possible to make the ASF operational, and will limit external funding. In addition to the statutory contributions that States must imperatively pay, the series of key measures and decisions on the financing of the AU, and that of its programs and organizations active in the field of peace taken by the Assembly in January and June 2015 must be implemented.