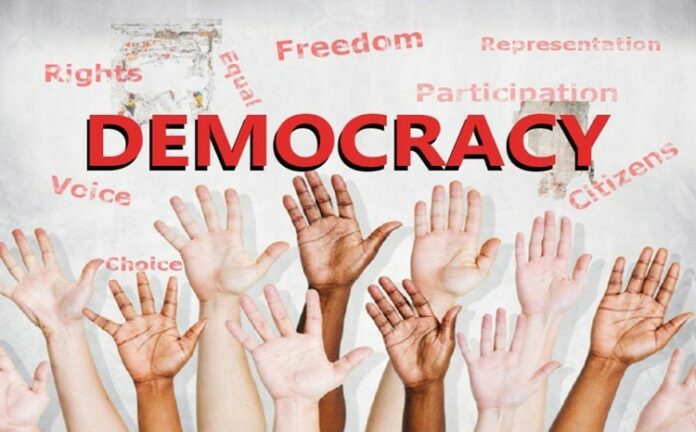 In 2013, the African Union set a goal of sustainable development and economic growth to be achieved by 2063 through Agenda 2063. The designers of this strategic plan formulated targets by objective by setting up a 10-year plan to achieve the agenda’s goals. Goal 11 of the agenda is devoted to the issue of democracy, human rights, and justice. According to this goal, “Democratic Values, Practices, Universal Principles of Human Rights, Justice and the Rule of Law (must be) Entrenched”. According to the African Union, this goal has been achieved at 27%. Among the seven aspirations of Agenda 2063, democratic governance is included in the objectives of aspiration 3: “An Africa of good governance, democracy, respect for human rights, justice and the rule of law”. As the ten-year plan draws to a close in 2023, this reflection takes stock of its implementation as set by African leaders. It assesses performance against the forecasts in the 10-year plan and examines the gap that needs to be closed to achieve the goals.

At the launch of Agenda 2063, African leaders set targets to be achieved within the first 10 years of implementation. Concerning democratic governance, the ten-year implementation plan called for a transformation by 2023 as follows:

In February 2020, the African Union conducted a preliminary assessment of the implementation of the Agenda through a report. According to this first continental report on the status of implementation of Agenda 2063, low scores of 16% were recorded on issues related to good governance, democracy, respect for human rights, and the rule of law. In 2022, the Ivorian President, Alassane Ouattara, Champion of the follow-up of the implementation of Agenda 2063 and its first ten-year plan 2014-2023 drew up a new report on the implementation of the agenda. There is a big difference compared to the results presented by the African Union two years ago. For the Ivorian President, Aspiration 3 on democratic governance recorded a score of 42% in 2021. He explains this result by the “low scores achieved in terms of competent institutions and transformed leadership at all levels. For the 2063 Monitoring Champion, most member states reported significant progress, particularly in terms of incorporating the African Charter on Democracy, Elections, and Governance into their national legislation.

The first decade of the implementation of Agenda 2063 has been marked by enormous challenges to democratic governance in Africa. There have been multiple unconstitutional changes of government, ranging from changes in constitutions to the third term syndrome and the resurgence of coups d’état in Africa. Between 2021 and 2022, West Africa was the scene of coups. Mali, Guinea, and Burkina Faso were in turn affected by unconstitutional changes of government. In Guinea and Côte d’Ivoire, the constitutions have been amended to allow outgoing presidents to illegitimately serve another term. The designated champion of the implementation of Agenda 2063, Ivorian President Alassane Dramane Ouattara, has himself violated the principles of democratic governance by running for a third term. The African Union’s progress report on the implementation of the agenda explains the poor performance of aspiration 3 to high levels of corruption in public service delivery, weak mechanisms and institutions for holding leaders accountable, and low press freedom. It makes no mention of unconstitutional changes to keep some heads of state in power.

“At least seven out of ten people in each member state of the Union will perceive elections as free, fair and credible, and democratic institutions, processes, and leaders as accountable“: the reality on the continent is the opposite of this objective. Indeed, the first 10 years of the agenda’s implementation have been marked by electoral contestation in most countries on the continent. Scenes of violence or violently repressed protest marches have followed the proclamation of election results. This is an indicator that people do not perceive elections as free and transparent. This has been observed in countries like Cameroon where after the October 2018 presidential elections, activists from the opposition party, MRC, were arrested and sent to prison for contesting the re-election of President Paul Biya.

Political and social practices in several countries on the continent seem far from the standards of free and competitive elections. Single-party scores are still recorded in elections in some countries. The presidential election of November 2022 in Equatorial Guinea is quite illustrative in that President Obiang Nguema was elected with more than 94% of the vote. Such a score does not give credibility to the democratic election, because it is constant that the leaders in power in African countries have installed mechanisms of electoral fraud and locking of the electoral system that allow them to remain in power.

Only a few countries have achieved the goal of a democratic society and rule of law in line with the aspirations of Agenda 2063. One can cite the case of countries such as Kenya where, despite protests, the last presidential election did not lead to scenes of violence as was the case a few years ago. This is a sign that the country has seen an improvement in its electoral system.

Given the results recorded in 2022 on the continent, the target for improving democratic governance will not be met in 2023. Necessary efforts must be considered at the national, regional, and continental levels to foster a democratic society in African countries.