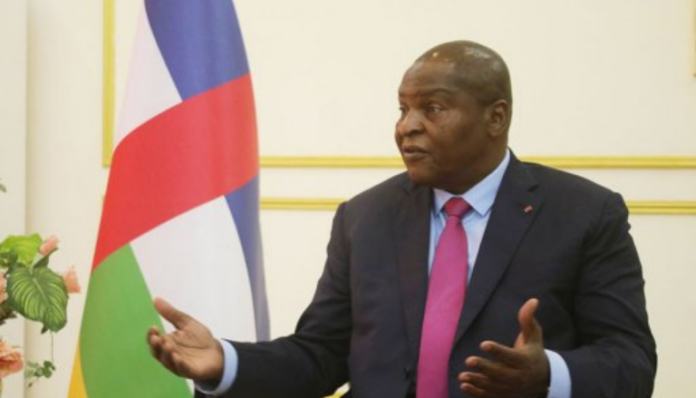 The excitement generated by Faustin-Archange Touadéra’s arrival in power in 2016 in Central Africa Republic (CAR) and his re-election in 2021 has been waning ever since the mention of the proposed amendment to the Constitution, against the backdrop of the lifting presidential term limits. This project raises enormous questions in both national and international public opinion. The CAR has been engaged since 2013 in a national reconciliation process that is still struggling to keep the promise of flowers due to the deep political and social crisis and the presence of armed groups that threaten the integrity of the territory. The recourse to Russia to contain the expansion of these rebel groups has provoked and continues to provoke an outcry within the country and the wrath of so-called “traditional” external partners. It is in this context that the debate on a possible third or even fourth term for Touadera through the modification of the Constitution is emerging. It is important, indeed necessary, to analyze the consequences of this idea of constitutional revision on the democratic game in the Central African Republic. If the signs announcing this initiative are easily identifiable, it is not too daring to bet on a probable return to instability in the country if the lifting of the lock on term limits is finally ratified.

The idea of lifting presidential term limits was gradually introduced during the Republican dialogue. In fact, after his re-election as president in 2021, the Central African president proposed a republican dialogue to ease tensions and promote collaboration with opposition forces and civil society. The dialogue, which opened on March 21, 2022, was boycotted by opposition parties and armed groups. During the discussions, the idea of amending the constitution was raised by representatives of the presidential majority to adapt certain republican institutions to the new realities of the country. Some were quick to see this as a subterfuge for lifting the presidential term limits under the guise of constitutional change, to allow President Touadéra to run for a third term. The outcry over this initiative resulted in the issue being simply dropped from the discussions during the dialogue.

The Consequences of Lifting Presidential Term Limits in CAR

The lifting of term limits is likely to lead to a possible popular uprising or even a coup d’etat, on the one hand, and the strengthening of the positions of rebel groups in the country, on the other.

The Possibility of a Popular Uprising Leading to a Popular Revolution or even a Coup d’Etat The debate over the amendment of the Constitution is creating strong social tensions between President Touadéra’s supporters, who are in favor of amending the Constitution, and his opponents, who are radically hostile to the issue. Some civil society associations close to the government, such as Talitakum and the Galaxie Nationale platform, have multiplied their hatred messages against the opposition and civil society attempting to demonstrate against the lifting of presidential term limits. The Coordinator of the Group of Society Organizations for the Defense of the Constitution of March 30, 2016 (G-16) has come out to castigate the initiative to amend the Central African Constitution. The Central African Human Rights League is concerned about this situation and believes that the country is taking “a 180-degree turn”. This particularly poisonous context is reminiscent of the dark times the country went through just a few years ago. It is particularly dangerous for the country’s stability and could lead to a popular uprising, as President Touadéra’s victory in the most recent election is still being contested by a coalition of 15 opposition parties. It is worth recalling the consequences of lifting or attempting to lift presidential term limits in countries such as Burkina Faso in 2014 and Guinea in 2021. In the first country, the initiative led to a popular uprising and the departure from power of President Compaoré. In the second country, President Alpha Condé paid the price for his constitutional amendment initiative with a coup d’état.

The Risk of Reinforcing the Determination of Rebel Groups

The Coalition of Patriots for Change (CPC), the rebel group that led the assault on Bangui in December 2021 against the Central African government before being repulsed, has set up new bases in Goya and Bianga, two villages in the central region of the country. The passage of the law on the lifting of presidential mandates would reinforce this reorganization with new rebel support that could come even from opposition parties or from outside. The passage of the proposed law on lifting term limits could facilitate the creation of alliances between opposition parties and rebel groups. Citizens frustrated with the lifting of term limits could also join rebel groups. The month of May 2022 saw a sharp rise in CPC attacks in the country, causing some elements of the Central African Armed Forces to withdraw.

If the draft constitutional amendment leading to the lifting of presidential term limits is approved, the risk of a return to a new cycle of violence in CAR cannot be excluded. To prevent this, the following measures would be important: