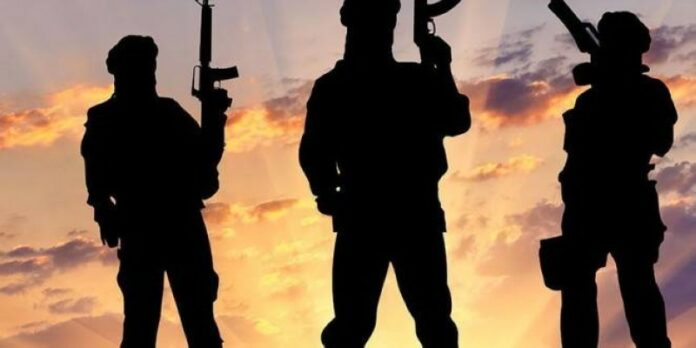 The security crisis in the Sahel doesn’t go unnoticed for the countries of the Gulf of Guinea. Indeed, the jihadist threat is no longer limited to the Sahel-Saharan strip. In recent years, it has spread inexorably southward, particularly to the neighboring states of Burkina Faso and Mali, with armed jihadist groups carrying out attacks there and even claiming their ambition to deploy a lasting presence. While the countries of the Sahel-Saharan band have been grouped in the G5 Sahel since 2014, their neighbors on the coast grouped themselves around the Accra Initiative in 2017. These are Benin, Burkina Faso, Côte d’Ivoire, Ghana, and Togo.

In 2019, Mali and Niger were admitted as observers before becoming members. The Accra Initiative is a form of ad hoc cooperation[1]outside the regional organizations (ECOWAS) and the African Peace and Security Architecture (APSA). It is intergovernmental security cooperation and collaboration mechanism that rests on three pillars: information and intelligence sharing; training of security and intelligence personnel; and the conduct of joint cross-border military operations in a volatile region.

For many years, West Africa has been confronted with chronic instability, between cross-border insecurity, political crises, and rebellions.[1] A place of all types of mobility – spatial, social, economic – this region is faced with new threats – organized crime, illicit trafficking, terrorism, or even the acquisition of arms by states[2] and other non-state actors – the scale of which has continued to grow since the 1990s, despite the action of the African Union for the Sahel-Saharan region, notably through the Nouakchott process,[3] as well as regional organizations (CEN-SAD, ECOWAS, CBLT, CEMAC, etc.). And for good reason, while it is true that the terrorist threat is primarily local, certain international events have favored a global pooling of jihadist organizations.

Indeed, speaking of terrorism, one should not ignore the existence of terrorism with a national dimension on the African continent, whether it be governmental terrorism (state terror in authoritarian regimes) or revolutionary terrorism (liberation movements or rebellions), to borrow Jakkie Cilliers’ categorization.[4] Thus, the emergence of international terrorism in Africa has built on already existing structures: The Islamic Salvation Front (FIS), the Salafist Group for Preaching and Combat (GSPC), the National Movement for the Liberation of Azawad (MNLA), Ansarul Islam, Boko Haram, etc. These movements, thanks to international events sometimes far away, have strengthened by joining a global movement that began in the 1980s.

After the withdrawal of the Red Army from Afghanistan and the collapse of the USSR in 1988, the groups of Islamic fighters formed what Jakkie Cilliers described as an “international guerrilla movement with fraternal ramifications of worldwide scope,”[1] based on a rigorous interpretation of the Islamic faith. Many of these fighters have become established in the United States. Many of these fighters have established themselves in North and East Africa in particular. The invasion of Afghanistan in 2001 and, ten years later, the overthrow of the regime of Muammar Gaddafi in Libya contributed to the acceleration of this jihadist internationalism in Africa, whose avowed ambition is nothing less than the establishment of new world order.

These terrorist groups take advantage of the vastness of the territories[5] of the Sahel-Saharan zone, characterized by the porosity of their land, air, and sea borders. They generally invest in the outskirts of the region, which are sparsely populated and neglected by the states due to a lack of resources. Their activism has only served to highlight the structural fragility of certain countries such as Mali and Niger, posing significant risks of instability to their neighbors. Hence the creation of new organizations, which are supposed to compensate for the shortcomings of existing ones.

Countering the Expansion of the Jihadist Threat

While the countries of the Sahel-Saharan band have been grouped in the G5 Sahel since 2014, their coastal neighbors have, for their part, grouped around the Accra Initiative in 2017. These are Benin, Burkina Faso, Côte d’Ivoire, Ghana, and Togo. In 2019, Mali and Niger were admitted as observers before becoming members.

The launch of the Accra Initiative follows the “fall of the Burkinabe lock.”[6] Since 2015, the country has been facing security incidents in the North from groups mainly based in Mali.[7] In 2016, three attacks marked the minds: on January 15, the attacks in Ouagadougou that killed 30 people; on March 13, the attacks in Grand-Bassam in Côte d’Ivoire, which killed 18 people; on December 15, the attack on the military post of Nassoumbou, which cost the lives of 12 soldiers. These events alerted countries in the region to the risk of a sustained expansion of the jihadist threat to the coast.

The Accra Initiative is a form of ad hoc cooperation[8] outside of regional organizations (ECOWAS) and the APSA mechanism. It is a mechanism for intergovernmental security cooperation and collaboration based on three pillars: information and intelligence sharing; training of security and intelligence personnel; and the conduct of joint cross-border military operations.[9]

It is financed by the member states and placed under the supervision of the ministers of the interior and security. It is based on a light structure, with coordination housed in the Ghanaian National Security Secretariat and a focal point in the ministry responsible for each member country. The frequency of meetings is sustained: every two months for expert meetings and every five months for ministerial meetings (between 2017 and 2020).[10] The Initiative also has a non-military approach through national prevention actions against extremism.

In February 2019, the heads of state began a process of institutionalization at a meeting initiated by the Ghanaian president. The creation of a strengthened secretariat was approved, and a Memorandum of Understanding was established in 2020 in Bamako. The Initiative has helped strengthen multilateral cooperation. Between 2018 and 2019, member countries conducted joint military operations on their borders (Koudalgou I, II & III), which resulted in the arrest of nearly 700 people and the seizure of homemade weapons.

Despite these joint actions, the existence of this organization nevertheless raises questions about the appropriateness and necessity of multiplying consultation frameworks with identical missions and objectives.

Although the multiplicity of African regional organizations is a constraint to successful integration, given the institutional overlap and competition among them, African states seem to benefit more from multilateralism, as it seems to offer a wider range of options when some frameworks are blocked.[11] However, according to the United Nations Economic Commission for Africa (UNECA), such cross-membership negatively affects the effectiveness and efficiency of policies and programs.[12]

There is a multitude of security arrangements in West Africa (Nouakchott Process, Gulf of Guinea Commission, Mano River Union, Liptako-Gourma Authority, G5 Sahel, Accra Initiative), even though organizations whose mission is specifically oriented towards economic integration also deal, by force of circumstance, with security issues (ECOWAS, Council of African Unity). Three G5 Sahel countries participate (Burkina Faso, Mali, and Niger) in the Accra Initiative. Isn’t this redundancy when destabilization actors are the same?

The effectiveness of the Accra Initiative depends on the funding available to it. From the outset, the member states wanted to rely on their resources to have a comfortable margin of maneuver in determining their priorities. However, these resources are not unlimited.

Five of the members are among the least developed countries: Benin, Burkina Faso, Mali, Niger, and Togo.[13] Joint cross-border military operations and intelligence require significant resources and continuous flows to generate convincing and lasting results.[14] However, these operations are ad hoc and have little effect on the activities of terrorist groups. In addition, the health crisis caused by the COVID-19 pandemic, as well as electoral events (presidential elections in Benin, Burkina Faso, and Côte d’Ivoire), are on the agenda of governments around the world, with significant repercussions on economies.

Apart from the issue of resources, the issue of collaboration between states is also to be questioned. Indeed, recourse to this form of ad hoc cooperation is justified by grievances against ECOWAS, which is considered slow and ineffective. However, whether it is the Accra Initiative or the neighboring G5 Sahel or FMM structures, they have so far failed to curb the terrorist threat, which is constantly expanding its scope of intervention. In early February 2021, a Security Council report of jihadist incursions into Senegal from Mali led the country’s authorities to dismantle a cell of the Katiba Macina.[15]

The global pandemic has halted the activities of the Accra Initiative since 2020. It does not, however, mask the difficulties that are consubstantial with inter-state cooperation in Africa in general: mistrust between partners, for political reasons (Ghana was accused by Côte d’Ivoire and Togo of harboring opponents) or cultural reasons (rivalry between linguistic areas); the influence of external partners with divergent aims; the prioritization of actions to be carried out by one organization over another (as in the case of Burkina Faso), which further underlines the limits of multiple memberships. Ultimately, although it wanted to free itself from the challenges faced by traditional regional organizations, the Accra Initiative is also caught in the vice of these same contradictions.

This lack of effectiveness reinforces the case for mainstreaming governance, economic development, and human welfare. Terrorist groups typically set up shop among vulnerable, poor, and neglected populations and exploit the frustrations that inevitably arise from this state of neglect and dissatisfaction.

While military responses tend to reduce violence, as the work of the Sahel and West Africa Club tends to demonstrate, they do not provide a sustainable response to conflicts and even contribute to dispersing them over larger spatial areas.[16] It is therefore urgent that these different states put the same energy into providing sustainable responses to development issues. 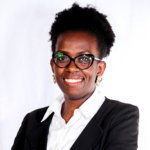 Former Research Assistant
MARLYSE NOUSSI holds a Master’s degree in Governance and Regional Integration from the Pan African University. She is most passionate about decent employment, gender equality and human rights issues.