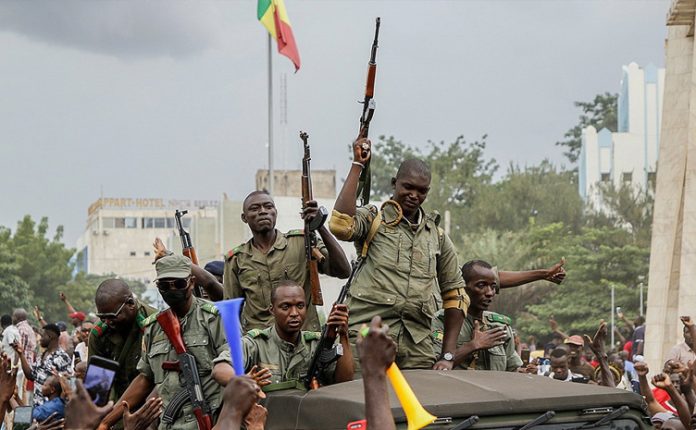 Constitutional “sacrilege” refers to the act of violating or changing the Constitution to extend or eliminate presidential term limits to permit the incumbent president to unconstitutionally extend his mandate and/or the act of violating the Constitution through a military coup where the military illegally attempts to unseat or successfully unseats seating leaders. This scenario has been witnessed in several African countries – before it was Chad, and now, Mali has taken the baton of command.

The recent political crisis in Mali can be traced back to the military coup that ousted President Ibrahim Boubacar Keita in August 2020. Under the auspices of the coup leader Colonel Assimi Goita, President Keita and Prime Minister Boubou Cisse were arrested and detained following several months of anti-government protests. Kieta, whose term was set to expire in 2023, was unconstitutionally removed and an interim government created. The coup leaders – the National Committee for the Salvation of the People – pledged to restore stability and oversee a transitional government with a soldier or a civilian as interim president before elections are held in 18 months. Although the coup was applauded by opposition supporters-referring to the coup as a victory for the Malian people, it was heavily criticized by regional and international bodies like ECOWAS and the European Union, which undertook several actions to enhance the stabilization of the country.

Mali’s former Defence Minister Bah Ndaw was made president of the new transition government, while Assimi Goita was appointed vice president. President Ndaw then appointed former Malian Foreign Minister Moctar Ouane as prime minister, paving the way for uplifting the sanctions levied on the state by neighboring countries and the international community. The transitional government set an election date in 2022. However, opposition movements raised grievances about the military’s prominent role and the slowness of reforms and demanded the dissolution of the transitional government. This led to the resignation of Ouane, although he was reappointed to reshuffle the interim government to make it more “broad-based” and inclusive. On May 24, 2021, the government reshuffle was announced to replace two coup leaders – ex-Defence Minister Sadio Camara and ex-security Minister Colonel Modibo Kone. Then, hours later, President Ndaw and Prime Minister Ouane were arrested by military officers and detained at the Kati military base near Mali’s capital, Bamako. This followed with a statement read on national television on May 25, 2021, that Ndaw and Ouane had been uplifted of their functions to “sabotage” the transition government, which would respect the date of the election in 2022 as earlier agreed upon.

A few days later, the Constitutional Court of Mali will invest Colonel Assimi Goita as President of the Malian transition and Head of State.

A Cascade of Sanctions

Foreign countries and international organizations condemned this second coup de force by the military junta in Mali with unconcealed indignation. France and the United States condemned the coup very quickly and called for sanctions against Colonel Assimi Goïta and his men. While the United States decided to suspend all military aid to Mali, France brandished the threat of the withdrawal of French troops, 1,500 soldiers of the “Barkhane” operation engaged in the fight against terrorism in the Sahel. But the strongest condemnation came from the African Union and the Economic Community of West African States meeting in an extraordinary session in Accra, Ghana. It will decide to “suspend Mali from all its decision-making bodies. It calls for the immediate appointment of a prime minister from civil society. These sanctions are not new. Indeed, after the first coup perpetrated by the junta in August 2020, ECOWAS decided to suspend Mali from all its decision-making bodies, close the borders of its member states, and impose an economic embargo. The sanctions were only lifted after the appointment of the transitional president.

For this second coup d’état, it appears that the West African sub-regional organization was less heavy-handed in adopting only the suspension of Mali from its decision-making bodies. On closer inspection, these “minimal” sanctions do not hide the international community’s embarrassment about the Malian situation. Indeed, only a short time ago, after the death of President Idriss Deby Itno of Chad, the military seized power by raising to the top of the state Lieutenant General Mahamat Idriss Deby, son of the deceased president.

The international community and African regional institutions practically endorsed this coup d’état, in defiance of democratic principles, through complicit silence on the one hand and official support on the other hand. Suppose the situation in Mali undoubtedly appears to be a coup d’état with a civil transition. In that case, it should not, however, arouse the variable geometry indignation of the international community, which is more inclined to preserve its interests in defiance of the democratic requirements it claims to champion.

The practice of the ‘double coup’ is not new in Africa. Indeed, the political trajectory of President Jerry Rawlings of Ghana is quite illustrative in this regard. Some describe him as the ‘specialist’ in coups. As a young lieutenant in the Ghanaian Air Force, he came to power for the first time after a first coup d’état in June 1979 against the military power in place, accused of corruption and misappropriation of public funds. After three months, he handed over power to a civilian government that was notorious for mismanagement and prevarication to the detriment of the Ghanaian people. Outraged, Jerry Rawlings perpetrated a second coup d’état in 1981 and definitively exchanged his fatigues for a suit. He was elected president of the Ghanaian Republic in 1992.

After two terms in office, he finally relinquished power in 2000 without breaching the Constitution. Since then, Ghana has experienced several leadership changes. Today, history pays tribute to Jerry Rawlings for his decisive role in building a democratic Ghanaian state. Is Colonel Assimi Goïta inspire by the political trajectory of the Ghanaian ‘fly lieutenant?’ Would he dream of a similar destiny in the name of the higher interest of democracy and the Malian people? For

the moment, no one can guess. The support of a part of the Malian people for the military junta is, however, undeniable. The announced appointment of a civilian prime minister from the M5, the movement that contributed to the fall of the former President Ibrahim Boubakar Keita, is a good omen. It remains to be seen whether the military junta will keep to the timetable of the transition and the organization of the presidential election scheduled for February of 2022.

The evasive attitudes of the UN, Africa Union, and foreign countries on the unconstitutional change of government in Chad surely gave bad precedence to the respect of the Constitution and the democratic principles in Africa. Thus, Mali seeing the world turning a blind eye to the events in Chad, and took the relay baton.