I browse; therefore, I am! This expression, which comes from Descartes’ cogito ergo sum, reflects the thinking of new citizens of the world. The internet, which has an incalculable number of sites, allows users to exercise their power through freedom of expression. Thus, using the internet makes it possible to find the close link between politics and Diasporas. This link is further accentuated by the emergence of democratic debate in African societies. In this perspective, reinvented citizenship suggests an increase in the participation of citizens from African countries living abroad.

Moreover, the issue of voting in pre-election and post-election periods reinforces the interest of Diasporas. As far as the Cameroonian Diaspora is concerned, online activities and the desire to recuperate political affairs in the virtual space largely testify to the transposition of identity production. It is in this capacity that they intervene through claims that generally contrast with the power in place. The concept of Diaspora is an ancient word that first appeared in the Septuagint Bible in the third century BC. However, the concept had a particular resonance with the deportation of Jews driven out of their countries by the vicissitudes of history. Thus, Diaspora studies emerged in the 1990s. Diasporas involve the reproduction of a home in a foreign country and maintaining a community of origin within the host society. This allows us to understand that Diaspora is based on national identity.

The Political Commitment of the Cameroonian Diaspora in a Community Cyberspace

This struggle originated long before the rise of the internet and was mainly visible within the National Union of Kamerun Students. The political commitment of this diasporic association was limited in its time to the struggle for independence. At that time, there was already a sense of protest activism. The liberalization of Cameroon political life at the dawn of the 1990s encouraged and strengthened the participation of young people in political parties now represented abroad.

The development of Internet sites has inevitably created a change in the relationship between the governors and the governed. Cameroonian citizens residing in the country also feel challenged by the dynamics they witness and actively participate in and by observing the interactions of the Diaspora on community websites. The effects of globalization having thus produced rapprochements in the virtual space, a reinterpretation, even a reinvention of modes of governance follow. Internet platforms, which are not only spaces of emancipation but also of contestation, have transformed the democratic exercise by restructuring the relationship between the governors and the governed.

The political protest of the Cameroonian Diaspora has been structured around ‘fierce,’ ‘sharp,’ and even ‘violent’ speeches and actions against the regime in power. Thus, in 2004, the limousine of President Paul Biya had eggs and tomatoes thrown at it during a trip abroad. In 2009, the Executive Secretary of the Collective of Cameroonians in the Diaspora launched ‘Operation TOP’ to disrupt the President’s stay in Geneva. In the same vein, ‘Operation Zero Rest of Paul Biya Abroad’ was effective on September 25, 2010, in Geneva. This fierce protest by the Diaspora continued in 2016 in front of the Continental Hotel, when it hammered that: “The length of the Head of State’s stay abroad is inconceivable when Cameroonians live in precariousness.”

The last fact dates back to 2019 during a Swiss stay for the presidential couple. Taken to task by a fringe of the Diaspora hostile to the regime, the presidential cup will be forced to shorten their stay and return to the country. Given this succession of acts with great echo on social networks, one can say that the Cameroonian Diaspora has created media spaces to transfer information not only in the country but also on the international scene. As a result, the internet is indispensable for this protesting Diaspora. The internet appears to be an essential place for creating new forms of resistance and a medium for reinforcing political activism.

In the case of Cameroon, the action of a protesting diaspora creates cleavages between Cameroonians living abroad. It is worth mentioning here that the emergence of resistance in the aftermath of the presidential election of October 7, 2018, created a sort of division of the Diaspora into two camps identified under the labels of ‘Anti-Sardinard Brigade,’ fierce to the power in place and its affiliates and ‘Anti-Tontinard Brigade,’ favorable to the regime and its men.

The ‘Anti-Sardine Brigade,’ abbreviated to ‘BAS,’ comes from the word sardine. This identifier refers to the fact that the ruling party, the Cameroon People’s Democratic Movement, distributes canned bread and sardines during its meetings and large political gatherings to buy the conscience of its voters. The name ‘Anti-Tontine Brigade’ comes from the term’ tontine,’ which is a fund contribution operation very popular in the culture of the Bamileke people.

In reality, behind these neologisms, a war logic is hidden, mixed with confrontations between members of the Cameroonian Diaspora. The social networks are seen as the arena par excellence of these latent confrontations that participate, without doubt, in the renewal of democratic debate outside and inside Cameroon. This new citizenship has a practical involvement in local life and shapes significant political issues. The lively exchanges are certainly contributing to the awakening of consciences. They are shaking up the lines of democracy in Cameroon by creating a new digital society in a global village. 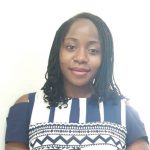