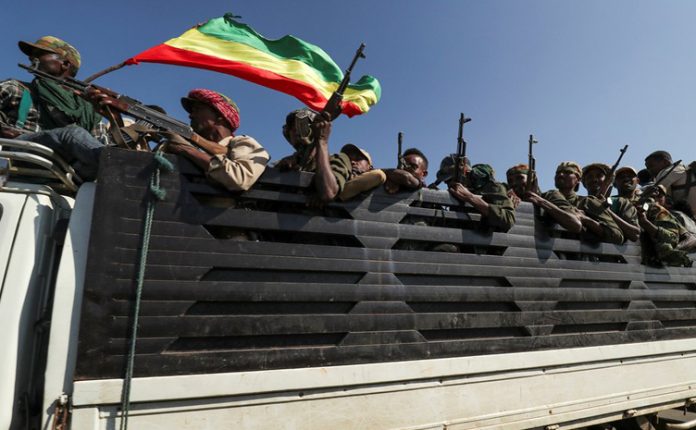 In the contemporary era, the great majority of the world’s political systems have undergone one form of internal warfare leading to the violent collapse of the governments in power. Certain crises seem to upsurge the likelihood of this kind of collapse. Wars and, more particularly, national military defeats have been decisive in prompting many revolutions. Political change is indispensable, but it is very vital through evolution rather than a revolution. Political transitions rarely move forward with consistent, one-directional progress. Usually, there will be resistance to reforms, both from those who previously held power and those who see a path towards power under a new dispensation. This has been one of the root causes of conflicts in the world today as the ongoing war in Ethiopia.

Tigrayans make up only six percent of Ethiopia’s population of 110 million. Still, they have had enormous influence in the country since leading the armed struggle that ousted the communist regime in 1991. But since Abiy Ahmed came to power on April 2, 2018, he vowed to distribute power more evenly, diminishing the Tigrayans’ political and economic domination (1). He equally carried out a massive crackdown in the region by indiscriminately arresting both civilian and security officials from the region on corruption-related cases – leaving many Tigrayans angered and alienated.

The 1995 Constitution of Ethiopia states in Article 39.1, “Every Nation, Nationality, and People in Ethiopia has an unconditional right to self-determination, including the right to secession.” In that light, some Tigrayans have entertained the deal of secession from Ethiopia (2). Others have taken the tack of pressing for more autonomy and more freedom to promote their language and culture. In that perspective, the Tigrayans held the parliamentary elections on September 9, 2020. The elections also included The Tigray Independence Party, which was recently formed, which calls for secession. The election was considered illegal by the central government of Prime Minister Abiy Ahmed, who postponed general elections earlier in the year under the pretext of the COVID-19 pandemic (3).

Fighting between the TPLF and the Federal Government began with the November 4 attacks on the Northern Command bases and headquarters of the Ethiopian National Defence Force in Tigray Region by TPLF aligned security forces. With attacks by the ENDF in the Tigray Region on the same day, federal authorities described it as a police action. The federal forces took control of the Tigrayan capital Mekelle on November 28, after which Prime Minister Abiy declared the Tigray operation ‘over.’ The TPLF stated in late November that it would continue fighting until the ‘invaders’ are out and that they have lost the battle and not the war (4).

The Impact of the War

The war is bringing many ramifications to Ethiopia in particular and the Horn of Africa in general. The decision to turn political tensions into an outright war has had profound regional implications. According to the United Nations, it is estimated that thousands have died in the fighting, about 2.2 million people had fled their homes, and about 60,000 people have crossed the border into Sudan (5). Even before the fight, ​Tigray​ was hosting as many as 200,000 refugees and internally displaced people, according to U.N. agencies. Fighting seethed in two of the biggest refugee camps in January, making the residents flee, and their fate is unknown (6).

In addition, the few humanitarian aid groups that have been given access to Tigray have reported that there are food shortages, water, and medicine and cautioned that the full extent of the crisis is hard to know because they cannot reach many areas.

Furthermore, the Ethiopian government of Abiy was already confronting serious challenges on several fronts. Besides battling the COVID-19 pandemic and working to bolster a debt-laden economy, he is confronting disillusionment within his Oromo ethnic community. Many say they do not see much progress despite the aspirations he vowed for. Mr. Abiy’s government is also contending with violent rigidities in the Benishangul-Gumuz region. More than 80 people died in ethnic violence on January 12, 2021, the latest several such incidents over the past year. Besides, persistent resistance would drain the federal resources and, perhaps, encourage other ethno-nationalist groups, particularly in Oromia, to mount pressure on the federal government for their claims through more civil and armed action (7).

Until recently, Ethiopia, a close American military ally, was the strategic key player of the unstable Horn of Africa. But as the Tigray conflict drags on, analysts worry Ethiopia might become a source of instability and aggravate the already volatile Horn of Africa.

On the other hand, the war has demonstrated a sign of the changing political fortunes of Eritrea’s President Isaias Afwerki, who was once a recluse. He has proven to be a steadfast supporter of Ethiopia’s Nobel Peace Prize winner and Prime Minister Abiy Ahmed, supporting him militarily to fight the Tigray People’s Liberation Front in Tigray.

The conflict is contracting many ramifications that need a way forward to resolving conflict. The days ahead will be critical to determining Ethiopia’s trajectory and mitigating the worst rancor and tribulations. Regardless of the scenario that unravels, the underlying political chasm among competing ideas for Ethiopia, which this conflict is but just a warning sign, will remain. There is the need for the international community to muster efforts and consider the following to resolving the conflict:

They should call the Ethiopian government to refrain from targeting and harassing the ethnic Tigrayans, including those outside Tigray. The targeted attacks against civilians have been based on their ethnicity or religion. The more the discernment grows that Abiy’s government is targeting ethnic Tigrayans in general and not conducting limited operations against the TPLF’s leadership, the more complex it will be to convince Tigrayans that they have a viable future in the country they have already resented.

The Abiy government should be forced towards de-escalation and negotiation to a political settlement of the conflict. The longer Abiy drags with the military option; the likelier Tigray could metastasize into an even severer humanitarian catastrophe. Therefore, there is the need for the Ethiopian government to halt the military operation and embrace dialogue and reconciliation.

The Amhara and Eritrean forces present in Tigray and fighting alongside the Ethiopian forces should be immediately withdrawn.

The conflict between the federal government and the Tigray People Liberation Front was a political one that needed a political settlement; instead, it metamorphosed into a violent armed conflict with outreaching consequences. Even though the federal government has claimed victory, acrimony and political stalemate would remain. Therefore, for sustainable peace to find its way and narrow the rift, Abiy’s government will have to do its best to persuade the people of Tigray to work with the provisional government on reconstructing Tigray, including the majority of those from the overthrown TPLF.  If the Abiy government minimizes this, it could probably win the war but lose peace for a very long time. The inclusive dialogue could be the only instrument to resolve such integral importance to the country’s future and institute lasting peace and development.