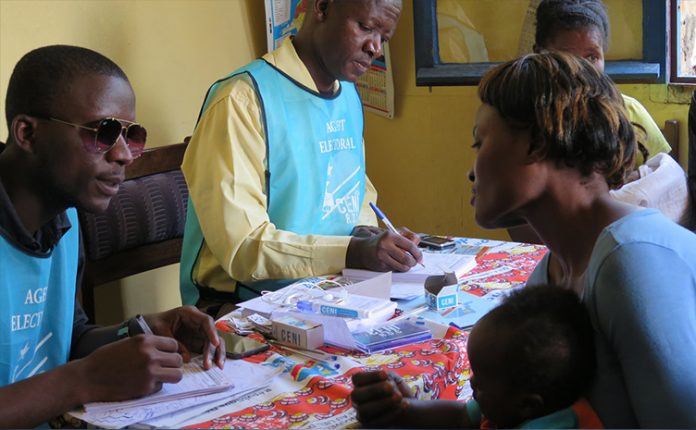 Meaningful democratic processes are indispensable ingredients for peace and sustainable development in every society. An example of such a democratic process is the election.  Elections are the basis of every democratic process and have been the usual instrument by which modern archetypal democracy has operated since the 17th Century.  Elections may fill offices in the legislature, sometimes in the executive and judiciary, and for regional and local government. This process is also used in many other private and business organizations, from clubs to voluntary associations and establishments.

The worldwide application of elections as an instrument for choosing legislative bodies in modern representative democracies is in disparity with the practice in the democratic model. In primordial Athens, the elections were not used, while emphasis was given on oligarchic institutions and most political offices were filled using allotment, by which officeholders were chosen by lot. Today, to make a level playing field for any just election, electoral reforms must be carried out to the satisfaction of all. These reforms describe the process of introducing fair electoral systems where they are not in place or improving the fairness or effectiveness of existing systems. Election monitoring is one of those crucial tools for a meaningful election to be conducted.

Election monitoring is not a new tool in the electoral process. The first monitored election took place in 1857 on a plebiscite in Moldavia and Wallachia (current Romania) that was monitored by most of the major European powers. After the plebiscite, election monitoring became uncommon until after World War II. Although there certainly were other cases in the interim, the post-World War II world provided more opportunity and the practice developed more quickly. Immediately after the creation of the United Nations Organisation, it was asked to monitor elections in Korea and Germany. As decolonization enhanced in the 1950-60s, so too did the UN’s “first generation” involvement in founding elections to ensure they were free and fair.  In the 1960s, not up to 10% of elections were monitored. Election observation activities have expanded significantly following the end of the Cold War, along with the development of international standards on the conduct of democratic elections and the process of monitoring elections by both international and domestic observing organizations. By the 2000s, about 80% of all elections were observed. Many international organizations today have taken up the responsibility of monitoring elections even though their role does go beyond reporting the electoral abnormalities and misconducts.

Many international organizations such as the Organization for Security and Co-operation in Europe (OSCE), Office for Democratic Institutions and Human Rights (ODIHR), the European Union, the Commonwealth Secretariat, and the Council of Europe among others, deploy election monitoring team to monitor the entire electoral process. The African Charter on Democracy, Elections, and Governance of the African Union has equally seen the importance of election monitoring. This is preserved in its charter which seeks to embed in the Continent a political culture of change of power based on the holding of regular, free, fair, and transparent elections conducted by competent, independent, and impartial national electoral bodies. The AU is equally convinced of the need to enhance the election observation missions in the role they play, particularly as they are an important contributory factor to safeguarding the symmetry, limpidity, and credibility of elections.

Elections are the foundation of creating a strong democratic political institution. As such, monitoring of elections is important and can assist in the democratic consolidation by inculcating domestic and international legitimacy. Election monitoring, being an important tool for a democratic process, must involve all stakeholders in the electoral process. Therefore, election monitoring is a powerful tool for promoting democracy, political rights, and good governance.  It must begin from the planning of organizing the elections, putting in place a solid electoral code, following up with the registration process to the voting, counting, and publication of the results.

Elections conducted in a peaceful and transparent manner may as well also promote reconciliation between former foes. Post-conflict societies, nevertheless, are often poorly equipped to conduct elections. Despite an official end to the hostilities, volatility often persists. A sustained lack of security may make campaigning challenging, worse of all conducting a vote. Institutions needed to conduct elections are often nonexistent or damaged by the conflict. Where contentious elections present fears of vote tampering and other irregularities, the presence of election monitors may serve to prevent trickeries and give parties greater confidence that the vote was free and fair. The key to achieving this outcome is monitors who are seen by all sides as neutral.

Monitoring can enhance the sincerity and legality of elections; in that way, it helps reduce electoral violence. It can as well help uphold a peace agreement in progress because losers may claim that the elections were fraudulent and thus disrupt a country’s democratization process. Consequently, one way in which monitors do this is by taking independent vote tallies, which prevents governments from manipulating the vote. Even before this, some monitors arrive long before the vote to observe campaigning and voter registration efforts. In addition, foreign funding contributes to planning and conducting the vote. What is more, it can provide technical expertise and training for locals who may never have conducted an election before. As such, in the long-term, monitoring can assist in building and strengthening domestic electoral institutions. Finally, it can also help in the long-range development of political parties and civil society.

Election monitoring is especially important because if the elections are organized in a transparent platform and if the observers declare the elections “free and fair”, then the outcome is likely to be respected by all the parties concerned and the international community as well. As such, the newly elected government is considered legitimate and its decisions are understood to be in line with the will of the people. Organizing regular, free, and fair elections is thus seen as an indicator for a healthy democracy. Democracy is an on-going hands-on process of forming ideas and taking decisions on issues affecting the larger community; as such, elections are just one part of this whole process. Election observation would be a useful tool to reinforce democratic practices. This can succeed if and only if it puts elections into a wider viewpoint. Credible elections must be monitored from the planning phase through voting and declaring the results – where the loser concedes in a peaceful manner.