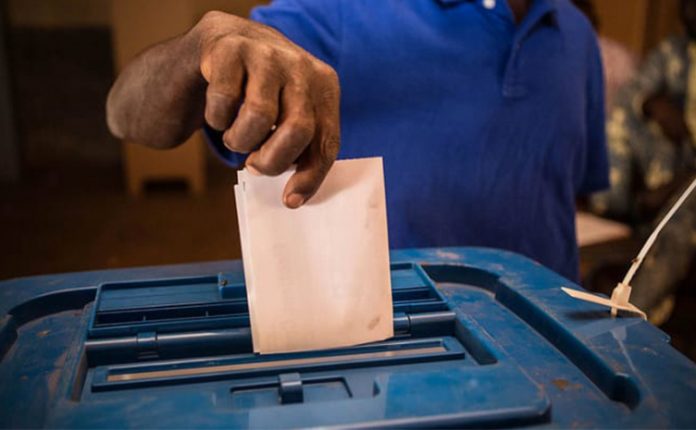 In contrast to monarchy, oligarchy, and timocracy, democracy possesses the distinguished character of being participative, as it recognizes the prominent role of all citizens in the political life of any nation.  Political participation in the form of elections, unarguably, plays a remarkable role in a representative democracy, as it permits the exercise of the principle of popular sovereignty. Issues related to electoral participation have attracted several researchers in different disciplines as they indicate political attitudes, constituent satisfaction, as well as democratic effectiveness and equally act as a sign of a system legitimacy.  It is in this light that political scientists unsurprisingly have long been interested in political participation in general and voter turnout by youth in particular.  Despite the recognition of elections as being hugely influential to democracy in Africa, voters’ turnout has not drawn significant attention in general and youth turnout in particular.  Though youth electoral turnout is simply a measure, it, nevertheless, reflects concern about democratic effectiveness and plays a role in democratic consolidation.

Persistent youth apathy and disinterest in voting are signs of frustration and total dissatisfaction with the government which could lead to violence, civil disobedience, and social unrest, as youth often search for alternative ways to reveal their dissatisfaction.

The problem of young people’s electoral participation in industrial democracies might not significantly be a call for concern as these economies are characterized by an aging population with youth constituency being very negligible.  Contrarily, in Africa, young electorates represent an increasingly vital constituency.  In effect, and as revealed by IDEA (2015), one-third of the population in Africa constitute young people of age between 15 to 35 years.  In this light, African nationalist political leaders have in the past mobilized this important youth constituency in the struggle for independence and to legitimize most post-colonial regimes.  We can mention in this case as evidence the case of Daniel Arap Moi in Kenya to Abdoulaye Wade in Senegal and even recently the South Africa apartheid regime in the early 1990s.

Today, in Africa, youth’s influence and engagement in national politics have dropped remarkably. Representative democracy in which government officials are selected by the people from the outcome at the ballot box has not attracted youth as they feel alienated by the older generation. Despite their gigantic and growing population, African youths are now very much less involved in political issues in general and elections in particular, described as youth apathy.  Youth apathy refers to the general disinterest and carelessness in the voting process which lead to high abstention from them.

Some of the reasons for the decline in African youth involvement in electoral democracy could be: First, most youths in Africa believe what is important is that government should take care of their need than their voting behavior.  Secondly, it is demonstrated that they tend to vote less when an incumbent party has been in office for a much longer period.  Poor incumbent performance on job creation increases the likelihood of youth absenteeism in Africa.  There is often a perception among youth in some African countries that politicians are generally corrupt and whoever associates with them is bound to be corrupted.  Besides, young people don’t vote because the candidates offered to them don’t represent their political views.  In this light, young people are often more distrustful of political parties and governmental organizations than older people.  Further, the opportunity cost of voting by the youths is higher than adults as they have a less flexible employment timetable and insignificant financial pay scale, which reduce their likelihood of taking time off to vote.  Finally, most of them believe that their vote cannot change the outcome of the election and that they will simply be rejected.

Due to perceptions of rejection and frustrations, African youths have resorted to alternative ways of expressing their dissatisfaction, as most of them have turned to violence and civil disobedience. This political abstention is contrary to the views in the African Youth Charter (AYC) which holds that ‘‘Africa’s greatest resource is its youthful population and through their active and full participation, Africans can surmount the difficulties that lie ahead’ (African Union Commission 2006: 1). The question of how to meaningfully engage the young people in politics in African countries is one that remains central in policymaking in this continent.

Mechanisms for engaging the youths in electoral democracy in Africa

Most youth in Africa, especially in French-speaking African countries no longer believe in a possible regime change through the ballot as claims of electoral fraud continue.  Further, electoral literature posits that the probability to vote increases as the youth believes in the possibility of a regime change, this means that an indefinite mandate will reduce the likelihood of youths participating in elections. We, therefore, suggest that the limitation of mandates should be introduced in the constitution.  This will increase the possibility of regime change and hence will increase the interest in youths to participate in elections and political life in Africa.  This will foster especially if this is accompanied by some level of transparency during elections.

Further, youths who belong to political parties are more likely to vote than those who are not party members.  In this light, to reduce absenteeism during the election by the youths, there is an urgent need for political parties to have youth wings.  It is not normal that some political parties in Africa do not yet have youth wings.  As concerned parties with these youth wings are established already, there is a need for them to be vitalized and much life given to them in terms of all the resources they need.  This can be done by appointing the youth at higher posts of responsibility in the party and they should not only act as spectators during political rallies and during major decision making.

In addition, and most importantly, to actively engage the younger generation in electoral turnout in Africa, we suggest the use of the popular ‘first time voting ritual’ mechanism.  In this case, youths who are voting for the first time should be identified and acknowledged.  Finally, given existing levels of unemployment and poverty among Africa’s youth, job creation could remain highly relevant to their political participation.

Dr. Fabien SUNDJO is a Research Fellow in Economic Affairs at the Nkafu Policy Institute. He holds a Ph.D. in Health and Development economics, obtained under the auspices of the African Economic Research Consortium Nairobi (AERC)