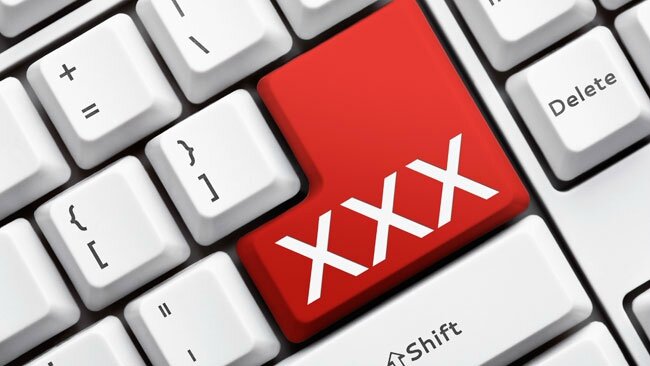 The advent of digital has been accompanied by the renewal of the modalities of debate and social practices in Africa and around the world. In Cameroon, the penetration of digital in the social space was favored by the liberalization of the telecommunications sector in 1998. Before this date, less than 1% of the population had access to the internet.

In 2020, this rate changed to 37.8% (1). Although less than 50%, this quantitative leap resulted in the reconfiguration of social interactions. As a dematerialized and diversified place of meeting, an expression and struggle of ideas, the virtual space is strongly marked by renewed interactions. It is a space whose access to websites and social networks is made possible with a click. Social networks are spaces for socialization where interactions are characterized by the speed and instantaneousness of exchanges. The “Facebook” social network is the most illustrative (2) while “WhatsApp” remains the preferred network for direct exchanges between individuals (3) .

Because it does not always bring clearly identified and identifiable individuals into contact with each other, the virtual space is pervaded by violent discourse and practices such as cyber harassment, cyber intimidation, hate speech (4), or even cyber exhibitionism as a technique for the emancipation of young internet users, and this, through stratagems and staging of a sexual nature (5).

Certain indecent staging practices shock and challenge the collective conscience around the emergence of what should be called “cyber-obscenity.” This is defined as the posting of signs, speeches or acts contrary to ethical and social codes, showing what is not supposed to be seen and saying what it is agreed to remain silent (6). These are practices on and/or via the internet that offend modesty and corrupt morals. This posting leads to illegitimate conduct that generates “scandal.” Cyber-obscenity does not only concern practices of a sexual nature but also those of a social, political, or even economic nature, which tarnish public morality and good morals.

Cyber-obscenity challenges governance as a code of conduct and regulation of practices that define the relationship between state and society. Thus, a reflection on the regulation of virtual space in light of the unbridled diffusion of cyber-obscenity practices is justified by the fact that this space has opened up a field of possibilities for individuals in search of various interests. Knowingly or through ignorance, individuals who have become internet users in the virtual space chain disseminate all types of deviant content challenging public morality.

The objective of this policy brief is to demonstrate how the regulation of virtual space is undermined by the dissemination of obscene content and practices. It establishes that the virtual environment is fertile for the emergence of cyber-obscenity (I) and that regulation by public authorities is imperative in the preservation of social morality (II).

The Emergence of Cyber-Obscenity in Virtual Space

Cyber-obscenity as a deviant digital practice emerges in a virtual space marked by the indocility of internet users convinced, for some, that this space is a place without rules where the most obscene sequences can be expressed. Although existing since the beginning of the 2000s on a low scale, cyber-obscenity will increase in Cameroon according to the democratization of individuals’ access to digital technology.

Caught in the stranglehold of the tyranny of visibility (7), some internet users publish on Facebook at length “live” or via pre-recorded videos of their intimacy or their sexual encounters. In the latter case, we speak of a “sex tape” (7). The spectacle offered by certain Cameroonian women qualified as “state influencers” during the 2021 African Cup of Nations (9), the explosion of the “Cynthia Fianga” affair (10) or even “Enganamouit” (11) are quite illustrative in this regard.

The emergence of cyber-obscenity in Cameroon can be explained by several factors. The first factor is the desire for fame. Driven by the desire for recognition and popularity, some internet users do not skimp on any means to stage themselves in an indecent manner. The second factor lies in the desire to mimic and belong to a new category of people called “influencers” or “influencers” on social networks.

A heterogeneous category, these are internet users who, through their large number of subscribers, draw attention to their activities and claim to exert an influence on the ways of being, appearing, and to do other internet users (12). In this category of actors, we find either celebrities or anonymous people who have gradually built-up sympathetic capital with other internet users. The third explanatory factor is the need to earn money. The exposure of body parts is, for some (es) the means to build up a loyal clientele for the purposes of prostitution.

Cyber-obscenity finds fertile ground in the virtual space because the indocility of internet users is further reinforced there. Virtual space appears to them as an immaterial and dematerialized environment in which they cannot answer directly for the words or actions they commit. This perception is based on the distance between real life and virtual life. The repertoires of speeches and actions are broader, and the field of insubordination is exploited more by internet users. They feel liberated from direct bodily submission. This emergence of obscene practices and behaviors in the virtual space is not without consequences in the real space and raises the question of the regulation of virtual space by public authorities.

The State Regulation of the Virtual Space in Question

The rise of cyber-obscenity demonstrates that the regulation of virtual space tends to escape state governance. Admittedly, institutions such as the Ministry of Posts and Telecommunications, the National Agency for Information and Communication Technologies (ANTIC) (13), and the Telecommunications Regulation Agency (ART) (14) regularly carry out campaigns raising awareness against excesses on the internet and the responsible use of digital technologies. The same is true for civil society organizations that engage in awareness campaigns and advocacy (15). But these awareness-raising actions remain insufficient, given the scale of the phenomenon.

The adoption of the law on cybersecurity and cybercrime in 2010 is part of a desire for regulation. Indeed, the objective of this law is to govern the security framework of electronic communications networks and information systems on the one hand, and to define and punish offenses related to the use of digital technologies, somewhere else. Although this law defines the penalties applicable to offenses committed digitally, the fact remains that the criminal code is used in certain cases to punish acts of cyber obscenity under the guise of offenses qualified as “indecency,” “contempt of good morals,” or even “obscene publications.” It is on the basis of this text that an internet user was recently brought to justice for having published obscene videos in the virtual space (16).

Cyber-obscenity redefines the relationship of the state to society with regard to questions of freedoms and ethics. It may be tempting to assert the principle of individual freedom in order to defeat initiatives to regulate virtual space. However, the principle of freedom cannot override public morality and good customs, of which the State is the principal guarantor.

If the virtual space presents itself as a favorable space for the emergence of cyber-obscenity, the development of this practice puts the regulatory capacity of public authorities to the test. It is wise to advocate for: 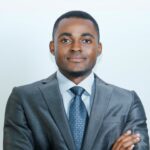 Highlighting the Drivers and Characteristics of Recent Trends in Unconstitutional Military Takeovers in...

Democracy Dr Tata Sunjo - August 24, 2022
The introduction of the democratization process in Africa more than three decades ago ushered in hopes of an end to the dominantly authoritarian rule...