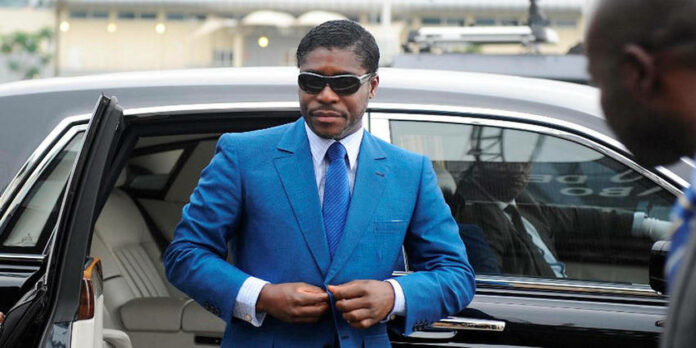 The outcome of the “ill-gotten gains” case between the NGOs Transparency International France and Sherpa and the son of Equatorial Guinean President Teodoro Nguema Obiang Mangue is now known. Indeed, it is by a final decision rendered by the French Court of Cassation on July 28, 2021, that the facts of “embezzlement of public funds, money laundering, misuse of corporate assets, and breach of trust”* have been confirmed against the son Obiang. More than a simple court decision, this conviction appears to be a real lesson in governance for Africa.

The “ill-gotten gains” case was initiated in 2008 by the NGO Transparency International against certain African presidents, namely Ali Bongo Ondimba of Gabon, Teodoro Nguema Obiang of Equatorial Guinea, and Denis Sassou Nguessou of the Republic of Congo. According to the NGO, “ill-gotten gains” represent all assets and public property misappropriated from a state and placed abroad for personal use. Initially aimed at heads of state, the indictment will be extended to their sons. In the meantime, on December 2, 2008, Transparency International France filed a complaint with a civil party for handling stolen goods and misappropriation of public funds against Mr. Teodoro Nguema Obiang Mangue, who was formerly Minister of Agriculture and Forestry.**

Following a preliminary investigation and a judicial inquiry, the case will be referred to the criminal court on December 2, 2016, with the charge of “money laundering.” Indeed, Mr. Teodoro Nguema Obiang Mangue is accused of having, between 1997 and October 2011, provided on Parisian soil his assistance to hidden investment operations or conversion of the direct or indirect proceeds of a crime or misdemeanor, in this case, crimes of abuse of corporate assets, embezzlement of public funds, breach of trust and corruption, acquiring several movable and real estate and proceeding to the payment of several services through the funds of various companies.

On April 27, 2017, the Paris Correctional Court found the defendant guilty and sentenced him to “three years of suspended imprisonment, 30,000,000 euros fine, and ordered the confiscation of real estate and movable property.” Following the principle of double jurisdiction, the Court of Appeal confirmed the sentence. Dissatisfied, Mr. Teodoro Nguema Obiang Mangue will appeal to the Court of Cassation.

The Force of ‘Res Judicata’

As the final court of appeal, the Court of Cassation has been seized of an appeal against the decision of the court of appeal. With great care, the high court analyzed the plaintiff’s arguments. While he claimed immunity from jurisdiction due to his status as first vice-president in charge of defense and security, the Court of Cassation considered that “the acts in question cannot be linked to the category of those falling under the sovereignty of the State of Equatorial Guinea, because the acts of everyday life and the constitution of a real estate patrimony by a person who, at the time of these acquisitions, could not claim another ministerial capacity than that of Minister of Agriculture and Forestry, are not included in the acts of nature to make their author benefit from the immunity of jurisdiction.”

Clearly, the argument taken from the immunity of jurisdiction exerted by the plaintiff was inoperative for two reasons: on the one hand, immunity is “limited to persons exercising exclusively the functions of Head of State, Head of Government and Minister of Foreign Affairs” ; on the other hand, the acts complained of (embezzlement of public funds, money laundering, misuse of social assets and breach of trust) were carried out for personal purposes without any link to the exercise of sovereignty by the State. Consequently, they cannot be considered as acts that would entitle their author to immunity from jurisdiction.

In addition, the Court of Cassation will confirm the charges of money laundering against Mr. Teodoro Nguema Obiang Mangue, as he assisted in operations of investment, concealment, or conversion of funds and cash, which originated in the soffenses of misuse of corporate assets or trust. Concerning the crime of embezzlement of public funds, it appears that the account held by the defendant, then Minister of Agriculture and Forestry, at the SGBGE bank, was supplied between 2004 and 2011 with 65,766,422 euros, by half-yearly transfers from the Public Treasury of the State of Equatorial Guinea.

Transferred to the Bank of France in Paris, these funds were used to purchase, in a hidden manner, the private mansion located at 40-42 Avenue Foch. Although the crime of corruption was not proven, the Court nevertheless ordered the confiscation of the applicant’s movable and immovable property, including the building located at 40-42 Avenue Foch, and the payment by the applicant of the sum of 3,000 euros to the association Transparency International France under Article 618-1 of the code of criminal procedure.

All in all, the decision of the Court of Cassation to reject the appeal of Mr. Teodoro Nguema Obiang Mangue fully corroborates the decision of the court of appeal and acquires, by this very fact, the force of res judicata, as it is no longer subject to appeal.

Scope of the Decision of the Court of Cassation

The decision of the Court of Cassation is of great significance in terms of its effects. From a purely legal point of view, this decision constitutes a first “textbook case” to which the recent reform of development aid adopted by the law n° 2021-1031 of July 2021 and promulgated by the French President on August 4, 2021, applies. In fact, this reform creates a mechanism for the restitution, “as close as possible to the population of the foreign State concerned,” of assets seized in the so-called “ill-gotten gains” cases by foreign leaders. Inspired by Switzerland, the restitution is made through the financing of actions taken by civil society in the areas of health, education, and gender equality.

Politically, this ruling is a negative blow to the image of Teodoro Obiang Nguema Mangue, establishing him in the eyes of all as a misappropriator of public funds. This seems very damaging for his political career and alters his more or less proven ambition to succeed his father one day in the supreme magistracy. On the diplomatic level, this decision of the French Court of Cassation exacerbates more than ever the  diplomatic tensions between Malabo and Paris.

It is under the prism of governance in Africa that the Court’s decision reveals its full significance. Indeed, if the African continent occupies the last rank of all the world rankings in terms of good governance, it is because of the insatiable greed of some of its leaders obsessed with corruption and misappropriation of public property in order to build up an indecent heritage abroad. This decision by France’s highest court is both a lesson in governance for Africa, where in some countries there is widespread impunity for their leaders and a strong signal to the prevaricators who are now subject to judicial repression in foreign lands.

Far from any controversy on the merits of prosecuting African leaders in foreign courts, African NGOs should get involved alongside foreign NGOs in citizen watch and judicial denunciation of those who embezzle public goods to the detriment of the people. It is also necessary to dismantle the tax havens in which embezzled assets are piled up on the African continent.

* Embezzlement of public funds refers to the fact that a person in charge of public authority or a public service mission destroys, embezzles or removes a deed or title, or public funds, or effects, documents or titles in lieu thereof, or any other object that has been handed over to him/her by reason of his/her functions or mission. Money laundering is the action aiming at hiding the origin of money acquired in an illegal way (embezzlement of public funds, mafia activities, drug or arms trafficking, corruption, tax fraud…) in order to reinvest it in legal activities (for example, real estate construction…). Abuse of corporate assets is an offence which consists of a company director knowingly using the company’s assets, credit, powers or votes for direct or indirect personal purposes. Breach of trust is the fact that a person embezzles, to the prejudice of another person, funds, securities or any property whatsoever that has been given to him and that he has accepted on the condition that he return them, represent them or make a specific use of them.

** He is now the First Vice President in charge of Defense and Security.

Economics Affairs Dr. Jean-Cedric Kouam - August 5, 2022
On February 24, 2022, Russia decided to attack Ukraine with its military forces. In retaliation, Western countries decided to opt for a set of...

Exiting French Hegemony in Sub-Saharan Africa The Strategy of “Brachiation”

International Affairs Aristide Mono - August 5, 2022
On October 8, 2021, a France-Africa summit was held in Montpelier in an unprecedented format that brought about a renewal of discussions between the...