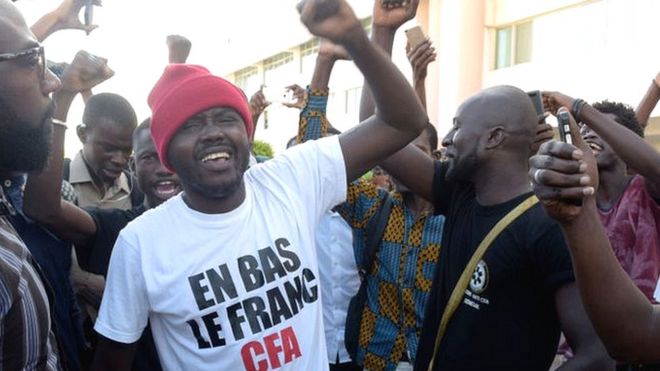 On October 8, 2021, a France-Africa summit was held in Montpelier in an unprecedented format that brought about a renewal of discussions between the Elysée Palace and the African continent. Instead of the traditional meetings from the “top”, that is, with African heads of state, the French president preferred a meeting from the “bottom”, in particular with African society in its various strata. A choice that inevitably marks the crisis of France-Africa from the “top”, against a background of unproductivity and denunciation of the historical open-air collusion between France and the dictatorships of Africa. Moreover, the scenography of this meeting will reveal the discomfort of African opinion with regard to relations between the continent and France, both in their official (France-Africa) and unofficial (françafrique) forms. This is not the first time that this situation has been expressed, for example, during his press conference on December 2, 2019, on the sidelines of the NATO Summit in Watford, French President Emmanuel Macron urged African leaders to abandon their hypocrisy in the face of the inflation of this anti-Elysée sentiment.

Emmanuel Macron’s irritating tone will betray, without ambiguity, his outbursts in the face of the ongoing multiplication of vehement opposition pockets to the French yoke with a neo-colonial flavour. The yoke in question can be broken down into three main pillars. Firstly, monetary dictatorship through the CFA franc and the operations account; secondly, the exploitation of economic resources and control of domestic markets through French subsidiaries such as CFAO, TOTAL, EDF, Suez, Bolloré and Orange; and thirdly, political and military paternalism.

In order to escape from this increasingly cumbersome historical hegemony of France, some states – sometimes pushed by growing popular pressure – have opted to open up to other world powers. This strategy, which we call ‘brachiation’, is celebrated as a window of ‘defrance-africanisation’ and ‘defrancafricanisation’ of Africa. Does the brachiation strategy really constitute an opportunity for the emancipation of sub-Saharan African states from ‘official and unofficial’ France?

Inspired by zoology, more precisely by the mode of mobility of monkeys, which consists of getting rid of one branch by catching another, we understand the brachation strategy as the option for weak states to change co-operators in order to escape from the dependence of the existing dominant co-operator. It is deployed in various neoliberal ways, the most prominent of which are the diversification of trade, the opening up to several international partners and the multiplication of cooperation agreements. This is not only pragmatic, but also a ruse that aims to unhook from the protection of another giant on the international scene in order to ward off any revanchist consequences of the ‘giant’ that is to be dismissed or emasculated on the national territory.

African countries have always used this technique, even before the independence struggles. The letter from the Duala King of Cameroon urging Queen Victoria of England to take possession of German-ruled Cameroon is a typical example. Although generally reduced to one or a few sectors of the state, for example the economic, military or political sector, this technique of eroding the exclusive monopolies of the hegemonic powers finds its mark in those who experiment with it, such as Rwanda.

The brachiation is now reflected in the field by what should be called the breakthrough of powers without a pré-carré in post-colonial Africa, with China, the United States, and Russia at the forefront. These new conquerors present themselves not only as alternatives, but above all as sources of erosion, or even freezing of the monopoly of the neo-colonial powers.

Breaking out of the French influence: The Illustration of Cameroon

Cameroon is a typical example of brachiation as a way of demonopolizing French control in sub-Saharan Africa. Under French tutelage, this country is trying to break away from neo-colonial domination through the diversification of international cooperators, including China. The ties between the two countries, which are more than 50 years old, were only strengthened in 2000 with the establishment of the Beijing economic agenda, inaugurated by the routinization of the Forum on China-Africa Cooperation (FOCAC), which is part of the Beijing Consensus package.

The economic sector is the linchpin of this Chinese offensive through direct investment, trade, the execution of major works, and financial aid in the form of loans or debt cancellation. This deployment naturally marks the hypertrophy of French influence in Beijing’s projection sectors.

We note, for example, the significant gain in market share by Chinese companies (CCCC, CWE, CHEC, Sinohydro, Huawei, or ZTE) to the detriment of French companies (RAZEL, VINCI, Bouygues, Scet). The hypertrophy at work was recognized by the French ambassador to Cameroon, Christophe Guilhou on June 24, 2021, before the students of the Institute of International Relations of Cameroon (IRIC). He revealed “how French companies are gradually losing their foothold in Cameroon. [Their] market share […] has dropped from 40% in the 1990s to 10% today […]  Clearly, over the past 30 years, [they] have lost a total of 30% of market share in Cameroon.”

There is also the financial offensive. To date, Cameroon’s bilateral debt with China is 61.7% while that with France is only 28.5 % demonstrating the level of financial intervention of this country in Cameroon. In terms of trade and according to the 2018 report of the National Institute of Statistics (INS), China is the first destination of Cameroonian exports (23.9%), far ahead of France ranked 4th (6.3%).

According to the same report, Beijing ranks first in terms of imports (18.5%) ahead of France (8.3%). These are all indicators that sufficiently illustrate the impact of the brachiation in sub-Saharan Africa in terms of erosion of French domination and dependence on these former colonies of the continent. This demonopolization as far as the example of the Chinese cooperation offer is concerned, is moreover integrated with several respects as a revenge of the post-colonies on their historical “guardian.” In these cases, one can easily speak of a revanchist diversification of international partners.

“Brachiation” and Disillusionment of Hopes for Effective Emancipation

While it is easy to admit that this policy of brachiation considerably challenges the dependence of African states on France, as illustrated by the case of Cameroon with the Chinese economic offensive, it is still difficult to demonstrate that this diversification of cooperating partners will ultimately enable states to achieve the real self-determination sought since the liberation or independence struggles.

On observation, the thesis of the embroilment in new dependencies – albeit diluted and painted differently, sometimes with comparative advantages – remains quite tenable. Indeed, we continue to note, on the one hand, the survival of the system of dependence and asymmetrical exploitation of resources, reproached to the relations with France. On the other hand, we note the same monopolistic hegemonic ambitions as those of Paris.

To return to the example of the Cameroon-China brachiation, we observe the recidivist persistence of realpolitik insofar as “China First” remains at the heart of exchanges despite the diplomatic discourse of the “community of interests.” In reality, it is simply a change of paradigm, namely soft power – based on the illusion of win-win – which, in practice, is nothing more than an instrument of seduction or strategic clientelism. Basically, and as Elie Serge Banyongen notes, “China’s strategy does not differ from that of Western countries, which have always oriented their relations towards the African continent according to their commercial and geostrategic interests”. And the consequences for states’ ambitions for independence remain the same with, for example, the survival of the state debt spiral and its constraints.

It is therefore clear that if Chinese cooperation contrasts with the logic of instrumentalization and politicization of human rights and governance of the French, coupled with the illusion of the policy of « OBOR » of a community of fate, it remains all the same inscribed in the continuum of the realism of “France-Africa” and “françafrique,” including in the military control of African states with the installation of military bases as is the case today in Djibouti. The illustration of the brachiation of Cameroon with China, which can be compared to that of the Central African Republic with Russia, shows that this nomadism whose objective is to weaken French hegemony generates consequences that are not so far from a new neo-colonization to be situated here in the post-dependence theoretical logic, since it is empirically affirmed as a simple change “of guardians in a perspective of continual dependence”. 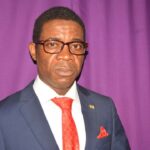 Aristide Mono is a Political Analyst. He holds a Ph.D in Political Science.

How Far Can Emmanuel Macron Go In Redefining The “Fundamentals Of The African-French Relationship?”

Economics Affairs Dr. Jean-Cedric Kouam - August 5, 2022
On February 24, 2022, Russia decided to attack Ukraine with its military forces. In retaliation, Western countries decided to opt for a set of...

Teodoro Nguema Obiang Mangue and the Case of “Mistaken Property”: What Scope for Governance...

Governance Dr Steve Tametong - August 5, 2022
The outcome of the "ill-gotten gains" case between the NGOs Transparency International France and Sherpa and the son of Equatorial Guinean President Teodoro Nguema...