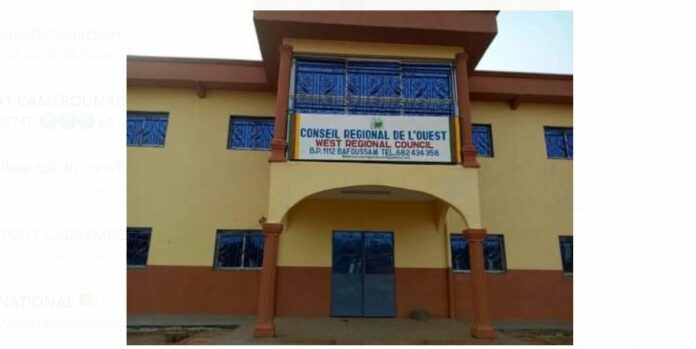 In Cameroon, the law on the general code of regional and local authorities (CTD) promulgated in December 2019 enshrines in its first book the principle of administrative and financial autonomy of the regions. The regions in question here are Regional and Local Authorities which are different from the administrative region. The code defines the relationship between the regions and the trusteeship. Autonomy is a component of the free management of local affairs, but does not necessarily translate into the independence of local executives from the central power. Despite the establishment of the decentralisation process, the state remains omnipresent in the management of the regions through the trusteeship mechanism. The central government maintains its control over the regions. The State remains very present in the process of taking certain decisions while guaranteeing administrative and legal control of the regions’ actions. But when this control becomes very tight, it questions the notion of free administration. This article questions the degree of autonomy of the regions in the face of the principle of state trusteeship and analyses the impact of trusteeship on the regions’ financial autonomy. In order to analyse this issue, we will examine the system of regional autonomy, their administrative and legal control, and the intervention of trusteeship in the financial management of regions.

The system of regional autonomy

Chapter 2 of Book 1 of the law on the Regional and Local Authorities Code states the financial and administrative autonomy of Regional and local authorities. As regards administrative autonomy, the regions have their own assets, staff, public and private domains and services distinct from those of the State (Article 9 of the Code). The regions also have financial autonomy. Thus, they have their own budgets and resources for the management of local interests (Article 11). They have the free management of their resources which are produced by themselves or come from the State. The resources of the regions are devolved to them either by tax transfer or by grant or both. Although the regions have been in place since the regional elections of December 6, 2020 and the installation of regional councils, it must be acknowledged that they are not yet functional to the point of ensuring their financial autonomy with their own resources. Despite the establishment of decentralisation in Cameroon, the State remains omnipresent in the management of the regions. It plays a dominant role in strategic issues of regional management.

The extent of trusteeship over the Regions

The impact of trusteeship on the financial autonomy of the Regions

The law on the general code of Regional and Local Authorities enshrines the principle of the financial autonomy of the regions in Article 11 and institutes a tax transfer. The General Code of Regional and Local Authorities prescribes the financial autonomy of the regions, but certain taxes and duties are collected by the State on the territory of the region before being transferred to them. Is it not in line with the principle of financial autonomy of local authorities to allow regions to directly collect duties, taxes and fees throughout their geographical territory? The taxes and duties of Regional and Local Authorities collected by the state tax administration are paid into special accounts opened at the Treasury. The Special Council Support Fund for Mutual Assistance (FEICOM), a publicly owned company, centralises and distributes these regional revenues. As the State has instructed public enterprises  to close their accounts in commercial banks  and transfer their revenues to the Treasury, and in view of the  principle of the uniqueness of the funds , the distribution of these revenues may be subject to the country’s economic situation and the State, instead of transferring the funds to the region, will use them to settle its urgent needs.

When regional taxation is implemented, the regions will not have fiscal autonomy if the texts remain unchanged, because they do not have the power to mobilise taxes, determine their base and fix the rate and modalities of their collection. « The power to set the local tax regime is held by the legislator, in accordance with Article 26 of the Cameroon Constitution ».

In April 2022, the only resource available for the operation of the regions remains the general decentralisation allocation. The nature of the guarantor of the distribution of this allocation calls into question the autonomy of the regions. The resources transferred within the framework of the decentralisation allocation are distributed by FEICOM. The same applies to the payment of the remuneration of the presidents and members of the regional council. The region therefore has no freedom and autonomy to mobilise and manage the financial resources transferred by the central state.

The principle of free administration of the regions enshrined in the code of Regional and Local Authorities is confronted with the omnipresence of state supervision. This situation questions the independence and autonomy of local elected representatives at the regional level. In order to improve the situation, it is important for the state to give the regions the latitude to collect the taxes and duties established by law for their benefit. The general decentralisation grant and the taxes collected by the state and transferred to the regions in the framework of local taxation, which are administered and distributed by FEICOM, must be transferred directly to the accounts of the regional executives in order to facilitate the free administration of these resources.

Critical Highlights of the U.S. Strategy Toward Sub-Saharan Africa in the Face of Growing Chinese and Russian Interests