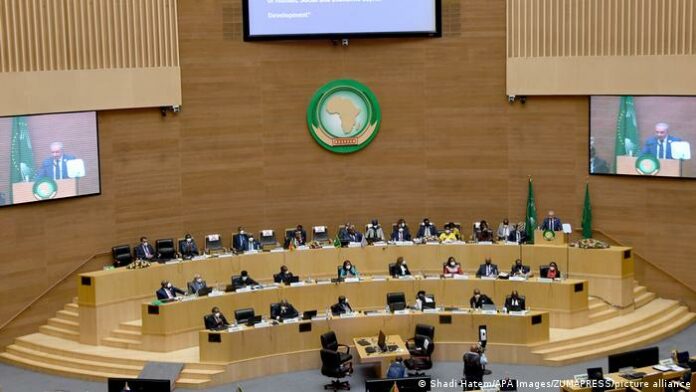 Since the adoption of its Constitutive Act in July of 2000, the African Union (AU) has made the rejection of military coups one of its main priorities. Indeed, Article 30 of the Constitutive Act clearly states: “Governments which come to power by unconstitutional means shall not be allowed to participate in the activities of the Union…” Article 23, paragraph 1 of the African Charter on Democracy, Elections, and Governance, lists certain situations considered as unconstitutional changes of government and subject to AU sanctions. In this case, it is “any putsch or coup d’etat against a democratically elected government…” Established in 2002, the Peace and Security Council (PSC) was set up as a body to respond whenever such changes occur within African states.

Since 2019, the African continent has been marked by an upsurge in military coups. Mali experienced a coup on August 18, 2020, and the overthrow of President Ibrahim Boubacar Keïta by the men of Colonel Assimi Goita. In Guinea, President Alpha Condé was overthrown on September 5, 2021, by Colonel Mamady Doumbouya. In Sudan, General Abdel Fattah al-Burhan remained in power after the removal of the transitional Prime Minister, Abdallah Hamdock, on October 25, 2021. In Burkina Faso, President Rock Marc Christian Kaboré was removed from power by a putsch perpetrated on January 23, 2022, by Lieutenant-Colonel Paul-Henri Sandaogo Damiba. And on February 1, 2022, there was a failed coup attempt in Guinea-Bissau.

This resurgence of putsches is certainly not without consequence for the African Union reform process initiated in 2016. While numerous analyzes have been carried out on the impact of the sanctions taken by regional organizations against these military coups, it must be recognized that the issue of their impact on the AU reform process has not really been addressed.

The effective operational and political management of the AU aims at performance and results. This performance requires a greater selection of the members called upon to lead the AU apart from the President-in-Office. It is the decisions of the 28th Ordinary session of the Assembly of the Union held from January 30 to January 31, 2017, and of the 11th Extraordinary session from November 17 to November 18, 2018, that redefined the commission of the Union.

The implementation of the decision on the structure of the AU Commission to reduce the members of the Commission to eight is marked by the election of the new AU Commission in February of 2021. However, some States members say, in this case, Mali and Sudan were absent from this electoral activity, but also from the Conference of Heads of State and Government of the AU held on February 5, 2022, in Addis Ababa after COVID-19.

The report on the progress of the implementation of the reform and the import tax was at the center of the debate. However, Mali, Sudan, Guinea, and Burkina Faso, excluded from AU activities and sanctioned by the PSC, did not take part in the discussion meetings on the reform. The sanctions of the CPS are, among others, the suspension from Guinea and Burkina Faso of the activities of AU organs and institutions and the economic and financial sanctions against Mali. In addition, the AU reform is revitalizing the African Peer Review Mechanism (APRM). The suspension of states that are victims of putsch slows down their process of joining the APRM.

The main objective of the financial reform is the self-financing of the AU. It advocates the financial independence of the Union. This financial independence provides for a mandatory import tax of 0.2% of the value of eligible goods imported into a member state from a non-member state (defined as coming from outside the continent). It is established to finance 100% of the AU operational budget, 75% of the program budget, 25% of peace support operations, and the Peace Fund.

On November 18, 2017, in Addis Ababa, Member Heads of State reinforced the sanctions regime for non-payment of contributions according to budget cycles. In October 2019, 17 countries, including Mali, Guinea, and Sudan, integrated AU financing at the national level and set up the 0.2% levy. Contributions from Mali, Guinea, Sudan, and Burkina Faso, countries under AU sanctions, amount to $997,487.73, thus representing 6.24% of the assessed contributions of African Union Member States to the institution’s budget. 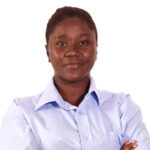