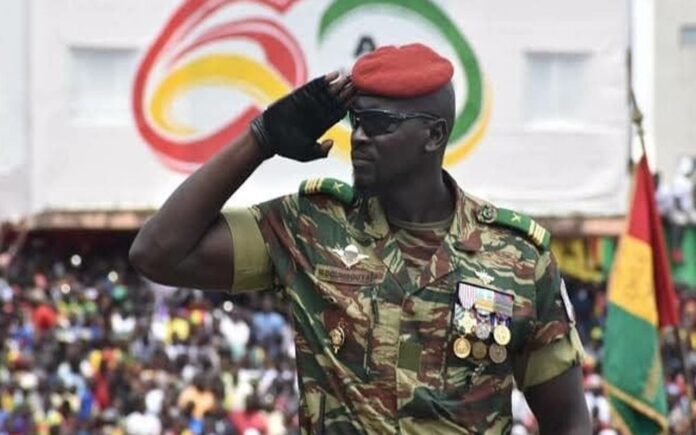 On Sept. 5, 2021, when a military coup removed Alpha Condé from power, the International Community has condemned the coup, and the United States, Europe, and a raft of regional bodies have equally questioned the outcome. The Economic Community of West African States has suspended Guinea’s position and decision-making power in the economic bloc.  The African Union has equally followed suit, not least because this stands in stark contrast from the AU Charter on Elections, Democracy, and Governance, specifically Article IV and V. This democratic edifice is little talked about but posits

“Concern about the unconstitutional changes of governments that are one of the essential causes of insecurity, instability and violent conflict in Africa” – African Union

The AU’s Charter on Elections, Democracy, and Governance outlines its determination to promote and strengthen good governance across Africa by institutionalizing transparency, accountability, and participatory democracy. As such, the decision by ECOWAS and the AU are grounded in Africa’s quest for self-determination, peaceful transitions of power, and democratic accountability.

The military coup in Guinea stands in stark contrast to the AU charter, and while ECOWAS and the AU have refrained from imposing sanctions, there is the legal and moral justification for such an outcome. Let’s remember that coups in Guinea have always unfolded amidst questionable human rights concerns. If one takes a look back at the 2008 coup, there are important trends and lessons that can point to a way forward for Guinea.

There is a direct link between the degradation of human rights and military takeovers. After the 2008 coup in Guinea, members of the opposition such as Cellou Dalein Diallo and his deputy Amadou Bah Oury, François Lonsény Fall, Sidya Touré, Jean-Marie Doré, and Mouctar Diallo—were arrested and detained at the Alpha Yaya Diallo military camp, where the National Council for Democracy and Development was headquartered (Arieff; (2009)). While the president is reportedly safe and government officials have been asked to resign, civil society and the media could come under increasing attack for ensuring democratic accountability. Any blatant degradation of human rights could be met with sanctions or the suspension of foreign aid. The United States used this approach in 2008 and is likely to suspend military aid to Guinea, which has benefitted from American training to ward off extremist and sectarian groups in the West African region.

Who can Impose Extra-Territorial Sanctions?

The majority of Guinea’s trade is with major commodity producers in Asia, North Americas, and Europe, and the country accounts for 1% of regional trade with the ECOWAS region. As such, economic sanctions from ECOWAS and the AU will inflict little harm on the economy and will have the unfortunate effect of impoverishing the poorest Guineans.

The United States is better equipped to impose extra-territorial and financial sanctions, but such an approach should target entities and individuals who have a direct, noticeable, and negative impact on the democratic outcome of the coup.

This will support the U.S. policy goal of democratization and good governance, which will be supported by a civilian-led government, will remain a priority as Guinea’s extractive sector is strategically important to the United States. An American geological survey reveals that the United States imported 16% of bauxite and alumina imports between 2004 and 2007, and the country holds 27% of global reserves. Alcao is a major shareholder in the Compagnie des Bauxites de Guinée, a partly-owned state-owned enterprise, while U.S.-based Hyper-dynamics holds the largest single license for offshore oil exploration.

The legitimacy of the U.S. sanctions hinges on the need to protect its interest and ensure democratic transitions as a global leader and hegemon. Remember that the CNDD in 2009 detained former ministers for corruption and embezzlement as well as renegotiations to the mining contacts. So the United States has an inherent interest in ensuring an organized transition to a civilian-led economy.

Sanctions Diplomacy are Ineffective Over the Long Run

Experience from North Korea, Iran, Venezuela, and Russia illustrate that the impact of sanctions is mixed and does not always discourage states from behaving in ways that abuse human rights. Maximum pressure from the United States will cripple the Guinean economy and affect its mining interest in the country, and a strong business will challenge the legitimacy of extra-territorial sanctions that played no major role after the 2008 coup.

However, suspending military aid by the United States will have a negative impact on the COVID-hit country even as there is a noticeable recovery in metal prices that is impacting the price of commodities. However, sanctions diplomacy should be used to reduce the financing and military support available to the military until there is a clear timetable for the transition towards a civilian-led government. Sanctions could equally preclude any payments for military equipment from being cleared in the U.S. – based SWIFT clearing system. This will quickly draw some concessions from the current military junta and ensure that citizens form the bedrock of Guinean’s new leadership.

Second, ECOWAS, the UN Security Council, and the African Union should decide on a list of goods and services that should be directly targeted over the medium term in the absence of clear, transparent, and verifiable plans for a democratic transition. For the thirteen million people in Guinea, basic goods and services, as well as pharmaceutical products, should be excluded from any sanctions list. This seems heavy-handed and perhaps can be challenged on the basis ‘of the right to self-determination, but Guinea is bound by the AU Charter on Democracy and Governance, specifically Article IV and V, that ensure democratic transitions.

The rationale for a coordinated approach to Guinea is warranted, but the roadmap towards achieving this should be determined on a coherent long-term objective that aligns the priorities of local and global actors. After all, its commodity-dependent economy relies on investment from global players, so it’s more realistic to balance their interest with that of civil society and the international business community, and it is imperative to seek a balance in diplomatic and socio-economic resolutions.

Guinea has experienced two coups in its recent history. This article finds that sanctions will be little effective at reversing the current outcome, and it is imperative for civil society to work with the international partners, underpinned by a multilateral approach to developing consensus and implementing a democratic transition in Guinea. Sanctions diplomacy should encourage cooperation rather than create a punitive outcome for Guinea, as its economically-disenfranchised population will be the most affected by extra-territorial sanctions.