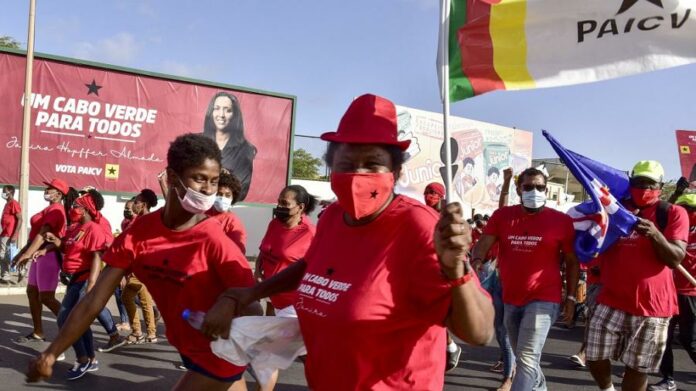 As a result of Malawi’s presidential election of June 23, 2020, opposition leader Lazarus Chakwera was declared the winner over incumbent President Peter Mutharika. In Cabo Verde, the presidential election of October 17, 2021, was contested between two former prime ministers, Carlos Veiga and Jose Maria Neves, who won the election. These two examples contrast with the electoral dynamic regularly observed in Africa, that of the “uncertain institutionalization of electoral democracy,” that is, the fragility of the institutions that frame and animate the democratic process at the top of the state.

Indeed, electoral competition in Africa is very often marked by contestation to such an extent that it has become almost illusory to think of alternation at the top of the state or the possibility of an election without post-electoral conflict (South Sudan; Egypt 2013; Mali 2013; Togo; Guinea-Bissau 2019, Cameroon 2018; Nigeria 2003, 2007 and 2011; Côte d’Ivoire 2000, 2010 and 2020 etc.). The analysis of states in which electoral democracy seems to be sufficiently well institutionalized can serve to deconstruct this “chaotic” tendency constantly associated with the electoral process in Africa. In this sense, Malawi and Cabo Verde can serve as models for other African countries. Understanding the political changes that have taken place in these respective countries (I) will certainly allow for some democratic lessons to be drawn from which several other countries in Africa could draw inspiration (II).

Since independence in 1964, Malawi has had six consecutive presidents: Hastings Banda, Bakili Muluzi, Bingu Wa Mutharika, Joyce Banda, Peter Mutharika and Lazarus Chakwera. This seems clearly unprecedented in a continent where it is considered that “you don’t hold elections to lose them.”

Indeed, Malawi’s path to political changeover has been in several stages. The year 1994 marked the beginning of a transitional dynamic. On that date, the first president, Hastings Banda, who had been in power since July 6, 1966, conceded defeat in the first multiparty presidential election amid the victory of the opponent Bakili Muluzi. After serving two five-year renewable terms, he was unable to seek a third term because of constitutional term limits.

In 2004, Bingu Wa Mutharika became the second democratically elected president of Malawi. In 2012, he died before his second term expired. In accordance with the Malawian Constitution, Vice-President Joyce Banda served as interim president until new elections were held. She was defeated on May 31, 2014, by Peter Mutharika who became the new Head of State of Malawi (1). In 2019, his re-election was bitterly challenged in the Supreme Court by his main opponent Lazarus Chakwera. In view of the “widespread and systematic irregularities” found (2), the Court ordered the annulment of the election and its re-run on June 28, 2020. At the end of the election, the opponent Lazarus Chakwera was elected President of the Republic with 59.3% of the votes cast against 39.0% for President Peter Mutharika (3).

The political dynamics in Cabo Verde are also in line with this alternation at the top of the state. On October 17, 2021, former prime minister José Maria Neves, the opposition candidate, became the fifth president of the country. Aristides Pereira, the first president (1975-1991), is the only one to have served 16 years in office. Since the democratic transitions, the Cape Verdean Constitution has instituted a limitation of presidential terms to two non-renewable five-year terms. Thus, on March 22, 1991, António Mascarenhas Monteiro became the country’s second president and the very first to be democratically elected (4). After two terms in office, he stepped down in favor of Pedro Pires in 2001. On February 12, 2006, Pires was re-elected for a second and final term, which ended in 2011 (5). On September 9, of the same year, Jorge Carlos Fonseca became the fourth president of Cabo Verde (6) until November 9, 2021, when José Maria Pereira Neves took office as the country’s new president.

In view of their almost similar political trajectories, Malawi and Cabo Verde show ‘strong electoral and democratic maturity’ as “leaders are regularly elected through participatory, free and fair processes.” They can therefore be presented as models for African states in search of sustainable electoral benchmarks.

Some Lessons for Africa?

Electoral democracy in Malawi and Cabo Verde is based on strong institutions and values. There is a real legal framework of power resulting in the limitation of the number of presidential terms. This makes it possible to avoid “the personalization and patrimonialization of power, which is detrimental to democracy.” Respect for the opposition is also anchored in these two states. The Malawian Supreme Court, for example, annulled an election in 2019 in favour of an opposition candidate (7). Similarly, the Malawian parliament has repeatedly thwarted attempts by incumbent presidents to amend the constitution in order to secure a third term. This is the case of President Muluzi who tried in July 2002 “to use parliament to amend the constitution in order to stand for re-election.” These patterns contrast with the dynamics observed in other African countries.

Indeed, in many African states, the inclusion of presidential term limits in constitutions was seen primarily as a cosmetic measure to appease the democratic demands of the 1990s. Once the lull returned, this measure was simply repealed from the constitutions (Burkina Faso, Niger, Guinea, Togo, Cameroon, Gabon, Congo, etc.). In some African countries, national and electoral institutions are also subordinated to the hierarchical power of the president. This annihilates any chance of alternation. In Cameroon, for example, the eighteen members of the Electoral Council of Elections Cameroon, the body in charge of elections, are all appointed by the President of the Republic.

However, this picture cannot be taken to represent the whole of Africa because between 2000 and 2020, several African leaders voluntarily left office at the end of their term. Examples include Alpha Oumar Konaré in Mali in 2002; France-Albert René in the Seychelles in 2004; Joachim Chissano in Mozambique in 2005; Olusegun Obasanjo in Nigeria in 2007; Pedro Pires in Cabo Verde in 2011; Ellen Sirleaf in Liberia in 2017; and Mahamadou Issoufou of Niger in 2020.

Malawi and Cabo Verde can be considered as examples of electoral democracy in Africa in view of their efficient and above all independent institutions. It is, therefore, a question for the states that are still struggling to empower their institutions to join this dynamic to implement a true democracy. To achieve this, several actions are recommended:

Ø Ensure the independence of actors involved in the electoral and post-electoral process by having them elected by their peers (electoral commissions, constitutional judges etc.). 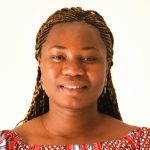