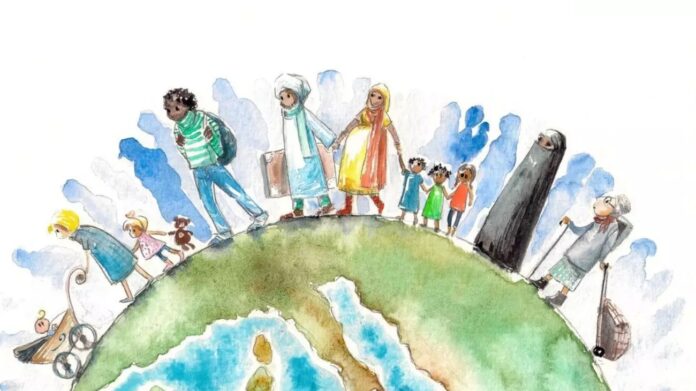 Sixty years after decolonization, France remains influential in its relations with Africa. Indeed, it has been able to maintain cooperation in French-speaking Africa and the Maghreb in various fields: economic, political, diplomatic, cultural, and migratory. The health crisis caused by the coronavirus pandemic has updated the agreements on the concerted management of migratory flows concluded by France from 2006 onwards with African countries. In total, nine agreements have been signed with several countries such as Senegal (2006), Gabon, the Republic of Congo, Benin (2007), Tunisia, Mauritius, Cabo Verde (2008), Burkina Faso, and Cameroon (2009). Negotiations are underway with countries such as Nigeria and Egypt. COVID-19 is a disease caused by a new coronavirus, SARs-Cov-2. Africa is currently registering one million new cases every 45 days and has recorded over 8,406,000 infections since the start of the pandemic. The IOM Migration Governance Framework defines migration policy as “legislation and policy measures that affect the movement of people and include travel and temporary mobility, immigration, emigration, nationality, labor markets.” In 2010, of the 13.8 million Africans living outside the continent, 19% reside in France (2,62 millions). France is the leading destination for Africans, particularly those from the Maghreb and French-speaking sub-Saharan Africa.

In the wake of COVID-19, France has implemented a policy of restricting migration flows by closing its borders with African countries since March of 2020. Countries such as South Africa, Algeria, Morocco and Tunisia have been placed on France’s “red list” Only a compelling reason could justify the movement of a national of these countries to France. Moreover, France decided to limit labor migration, resulting in a 32,1% drop in labor migrants in 2020. International travel has been affected by the absence of links with African countries. In addition, a number of administrative offices and institutions such as the French Office of Immigration and Integration have been forced to limit or suspend their reception activities to the public during the health crisis. French diplomatic representations also suspended visa applications in Africa. The implementation of the state of emergency has reinforced the precariousness of migrants.

On analysis, health considerations largely overrode the traditional normative framework for issuing French visas to African nationals. This has led to a suspension of the processing of visa applications for beneficiaries of family reunification. In Senegal, around 800 people have had their visa applications suspended; the same is true in Côte d’Ivoire, where almost 365 visa applications have been suspended. On closer inspection, France’s adoption of the COVID-19 proof restrictive measures derogates from certain migration agreements signed with African countries.

Derogation From Certain Migration Agreements Between France and Africa: The Case of the France-Cameroon Agreement on Migration

Like most agreements on the concerted management of migration flows, the agreement signed on May 21, 2009, in Yaoundé between France and Cameroon is built around three pillars: the fight against irregular immigration, temporary or circular labor migration, and the mobilization of resources for the development of the country of origin.

It must be noted that certain provisions have not been respected or have simply been modified during the health crisis. For example, detention measures were increased from 45 days to 90 days. This practice consists of keeping an illegal foreigner locked up while awaiting forced removal. Similarly, refusal to undergo a test was tantamount to immediate expulsion to the country of origin. Boniface, a 20-year-old Cameroonian in a detention centre in Rennes, was offered a test, which he refused, stating: “I don’t want to go back to Cameroon, I fled when I was 13…” He believes that “the majority of the 19 men” in the detention center refused the test for fear of being expelled from French territory.

In addition, the containment measures imposed by France have restricted the movement of the population contrary to WHO recommendations. France remained strict on containment measures for all people coming from countries affected by COVID-19 including Cameroon. This crisis also had consequences on the processing of visa applications.

Students have not been able to complete their studies, and some have even stated that they will not be able to validate their academic year, such as this Cameroonian student who said: “I will not be able to validate my Master’s year… the distance learning courses are not going well… as I have fallen behind in my studies.” This testimony illustrates the difficult situation of Cameroonian students in France, even though article 2 (2.1) of the migration agreement between the two parties sets out favorable conditions for students.

Similarly, recruitment was restricted for some Cameroonian workers in violation of Article 2 (2.2) on immigration for professional reasons which encourages equal treatment of workers and recruitment. The health crisis has justified restrictions on migration to France for all African countries and a new migration policy is being imposed by France on three Maghreb countries, despite the alleviation of the health crisis.

Toward a Tightening of France’s Post-COVID-19 Migration Policy in Africa?

On September 28, 2021, France decided to drastically restrict the conditions for obtaining visas for France to nationals of Algeria, Morocco and Tunisia. This measure follows the observation that these countries issue consular passes to people expelled from French territory. In return, the granting of visas has been reduced by 50% for Algeria and Morocco and by 30% for Tunisia based on 2020 figures.

Between January and June of 2020, approximately 63,000 visas were issued, for 96,000 applications, that is, a delivery rate of 65 %. It must be said that this French policy of reducing the issuance of visas with Algeria, Morocco and Tunisia is not in line with the migration cooperation agreements signed with these countries, as there is no provision for this measure even in circumstances of restriction due to a health crisis.

Africa is a continent of the future and of all contemporary challenges, but it is still perceived as a threat in terms of migration. The health crisis linked to COVID-19 has again demonstrated this in the context of Franco-African migration policy. France has not hesitated to adopt measures restricting African migration and to derogate from certain migration agreements.

It would also be appropriate to consider organizing periodic Africa-France summits on migration to question the issue of immigration without complacency. It is imperative to strengthen migration cooperation between African countries in order to boost intra-African migration, which is a guarantee of true African integration 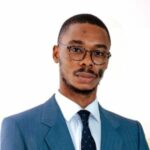