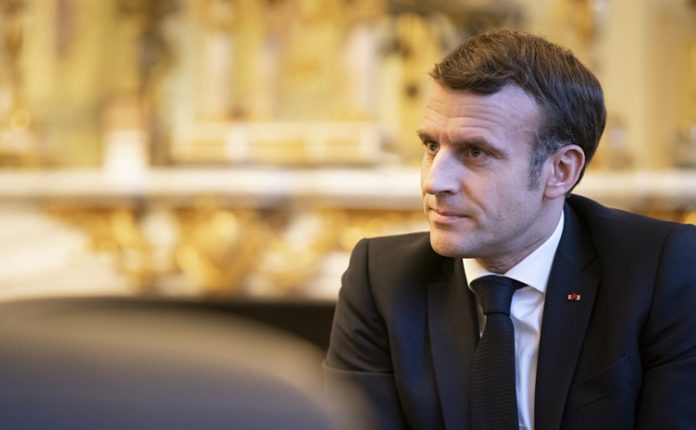 Never in history has the issue of redefining the African-French relationship irradiated the mandate of a French head of state as it has under the Macron presidency. Woven from a more or less painful colonial past, the African-French relationship has gone through several ages. Tumultuous with some states – Rwanda – and unknown for others – Portuguese-speaking Africa. This relationship has developed with most French-speaking African countries in a particular embrace oscillating between official discourse and unspoken words. Evolving sheltered from any indiscreet gaze, the ‘unspoken’ has often been described under the term “Françafrique,” a translation of a “certain African policy” of France. Certainly, the milestones of the renewal of Franco-African relations under Emmanuel Macron can be traced back to the speech he gave on November 28, 2017, in Ouagadougou. Less paternalism and condescension than that pronounced in Dakar by Nicolas Sarkozy in 2007, this speech is a sign of a desire to establish a new relationship with Africa in a context marked by the loss of France’s economic and political influence on the continent, the meteoric rise of anti-French sentiment – recent events in Senegal with the destruction of French shops and Total stations attest to this – and the renewed interest of the great powers – Russia, China, and the United States – in Africa.
For Macron, the redefinition of the African-French relationship must go beyond speeches.

From Speeches to “Symbolic” Acts

It is through actions that Emmanuel Macron intends to redefine what he calls the “fundamentals of the relationship between Africa and France.” The reconstitution of wounded memories seems to be one of the first axes of this renewal. Thus, during the Ouagadougou speech in 2017, he had already promised to open the archives and lift the “defense secret” on all documents relating to France’s role in the assassination of Thomas Sankara in 1987. In the same vein, he initiated reports and studies on issues often considered “unfortunate” in the Franco-African relationship. The first report published in 2020 was by Felwine Saar and Bénédicte Savoy on the restitution of African art objects looted by France during the colonial period. The 2021 report by historian Benjamin Stora on “Les questions mémorielles portant sur la colonization et la guerre en Algérie” clearly incriminates France, which intends to take “symbolic action” to appease the evil memory of colonization. Another report by researchers gathered at the initiative of President Macron points the finger at France’s “heavy and damning responsibilities” in the 1994 genocide of the Tutsis. In the same vein, a dam has been opened in West Africa on the perennial problem of the CFA franc. Similarly, the Africa 2020 project dedicated to 55 African countries and focusing on innovation in the arts, science, technology, entrepreneurship, economics, education, and knowledge transfer was initiated as a forum for the expression of the views of African civil society.  It is clear that in his approach to rebuilding relations with Africa, the French president intends to reconcile memories through acts of contrition. He also and above all wants to rely on the African elites of the continent and the diaspora.

Interest in the African Diaspora

In the presence of Ghanaian President Nana Akufo-Addo, Emmanuel Macron gathered in July 2019 nearly 400 representatives of African diasporas to discuss the issue of reinventing the link between France and Africa. For the French president, “The diasporas are a formidable lever because they know how to access. They are, in some ways, the best ambassadors and the best way, culturally, economically, in sports and politically, to say how France and Europe can work better with Africa and develop new links.” This desire to involve the diasporas in the renewal of the African-French relationship reflects a change of paradigm and approach. While the relationship between state officials has not disappeared, France cannot do without the African diaspora. The latter plays an essential financial role through remittances exceeding all foreign direct investments on the continent. Rebuilding a certain legitimacy of France in the African diaspora has become a vital issue in the reconfiguration of Franco-African relations.

The Africa-France Summit and the “Joker” Achille Mbembe

The Africa-France summit, which will be held in Montpellier on July 9 and 10, is a routine event, but it is being held under special auspices. As a prelude to this great moment, President Macron has rallied an aesthete of contemporary African thought: Achille Mbembe. This renowned intellectual has rarely made a secret of his opinion on the pernicious role of France in Africa, not hesitating to criticize Emmanuel Macron harshly on several subjects. It is precisely him that the French president has called upon, like a joker, to prepare the “free and uninhibited” exchange that he intends to conduct with African civil society and the younger generations on the sidelines of the summit. The aim is to question the fundamentals of the Africa-France relationship to redefine it. The idea is to “come up with strong proposals to build the future together.” Certainly, Achille Mbembe in the steering of the cycle of discussions envisaged in 12 African countries and within the diaspora is not insignificant. It is akin to a moral endorsement of the African intelligentsia in the enterprise of redefining the Franco-African relationship. Therefore, one can understand the indignation, or rather the reservations, that Achille Mbembe’s participation in this summit inspires. But the philosopher defends himself: “It is nothing more than opening large windows on the future. This is what many of us, on both sides, have been asking for over sixty years. There is a shudder. This was not the case during the last episodes under Giscard, Mitterrand, Chirac, Sarkozy or Hollande. It is by seizing every bit of hope that we can, little by little, open the way to other imaginations.”

However, it is to be feared that, notwithstanding the participation of leading figures in African thought and the absence of African heads of state, this umpteenth Africa-France summit will be limited to mere declarations of intent that sidestep the real issue of redefining the “fundamentals” of the Africa-France relationship. For these “fundamentals,” it must be said without embellishment, relate to the thorny issue of Africa’s monetary sovereignty, controversial French military interventions, the fight against migration, corruption, the murky role of private French firms in Africa, secret defense, and cooperation agreements, and the muted support for local tyrants in the trampling of democracy and the rule of law. It is by questioning these issues, which are smoldering like fire under the ashes, that it will be easy to see the renewal of the Africa-France relationship desired by Emmanuel Macron. Does he even have a free hand? Africa does because, more than ever, it is “a reserve of power and a power in reserve” coveted by all. It is up to Africa and Africa alone to reshape the fundamentals of its relationship with the world.