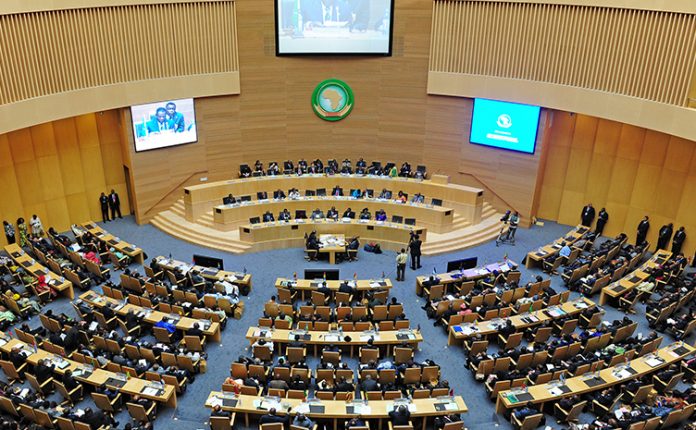 The Africa we live in has become progressively more intricate, with new security challenges evolving in a geometric sequence, thus threatening the peace and security of every nation. Peace and security are elemental factors of human life. A peaceful and secure setting is critical to every society since it affects all facets of economic and social development in a country or a society and is an essential sine-qua-non to the realization of human rights and freedoms. This is because they can never be peace without development, and on the other hand, there can never be development without peace. No nation can advance economically without peaceful cohabitation among its people and within its confines. The fastest developing nations have the best security structures, with peace and equanimity flourishing within their borders. Therefore, building peace and maintaining acceptable security requires a spectrum of initiatives mustered by sundry stakeholders in government and civil society organizations across the board to address the root causes of violence and ensure that people have freedom from fear of humiliation, war, and conflicts. It might have been in this light that the African Union created the Peace and Security Council.

Understanding the Peace and Security Council of the African Union

The Protocol Relating to the Establishment of the Peace and Security Council of the African Union was espoused on July 9, 2002, in Durban, South Africa, and entered into force in December 2003 (1). The PSC became fully operational in early 2004. This PSC Protocol, together with the PSC Rules of Procedure, the AU Constitutive Act, and the conclusions of various PSC retreats, provide operational guidance to PSC activities. The PSC is the standing decision-making organ of the AU for the prevention, management, and resolution of conflicts (2). It is collective security and early warning arrangement intended to facilitate timely and efficient responses to conflict and crises in Africa. It is also the main pillar of the African Peace and Security Architecture, which encourages peace, security, and stability in Africa (3).

The powers of the PSC, in concurrence with the Chairperson of the AU Commission, including to:

The Department of Peace and Security of the AUC supports the PSC in carrying out its tasks under the auspices of the PSC Protocol and champions the AUC actions related to peace, security, and stability across the African continent. This Department supports various peace and security offices and missions and works with special representatives appointed by the AUC Chairperson in peace and security. At the 50th Anniversary of the Organization of African Unity/African Union in May 2013, the AU Assembly of Heads of State and Government espoused a milestone declaration. They promised that Africa would never again bestow the yoke of conflicts to the next generation and made a veritable commitment to end violent conflicts on the continent by 2020 (4).

The Contributions of PSC in Peace and Security in Africa

The PSC Protocol lets Peace Support Operations be a function and tool of the PSC and gives the Council powers to “authorize the mounting and placement of peace support missions” and “lay down general guidelines for the conduct of such missions, including the mandate thereof, and undertake periodic reviews of these guidelines.” PSC operations are also authorized by the UN Security Council in accordance with the UN Charter, Chapter VIII, Article 53(1).4 (5).

Since its creation, nine AU-mandated PSOs have been deployed, as well as four AU-authorised missions. Each PSO has varied in nature, personnel strength, duration, and budget. Most operation mandates are renewed periodically and can be revised if necessary. Funding arrangements have equally varied between missions and included a mix of sources such as the AU Peace Fund, international bilateral and multilateral partners, and, in some cases, UN trust funds. The PSOs have, up to date, carried out the following activities in the field: African Union Mission in Somalia, African Union-United Nations Mission in Darfur; Regional Cooperation Initiative for the Elimination of the Lord’s Resistance Army; Human Rights Observers and Military Experts in Burundi. Furthermore, the PSO’s sub-regional security arrangements have been rolled out, including the Multinational Joint Task Force against Boko Haram and G5 Sahel Joint Force (6).

The Challenges of the PSC in Maintaining Peace & Security in Africa

Since its establishment, the African Union in general and the African Peace and Security Council, in particular, is promoting the idea of “African Solutions for African Problem” (7).

Despite the strides made by the PSC in maintaining peace and security in Africa, the Commission has been facing some daunting challenges. Paradoxically most of the problems, especially related to peace and security, are being addressed by the former colonial powers now and then part of the problem themselves. In this respect, Francophone West Africa is a typical example.

First and foremost, the AU does not have adequate funds to run the PSC to carry its tasks to the fullest. The financing trial the AU is faced with has significant inadvertent ramifications. The fact that the AU depends immensely on donors has drastically weakened the organization’s ownership in this critical area of its mandate. In that light, the current financing arrangements for peace support operations are neither dependable nor foreseeable, especially in the framework of high-tempo combat operations.

Secondly, post-conflict reconstruction, development, and peacebuilding are among the most imperative challenges facing African countries emerging from conflicts. As the AU continues to progress in the inhibition and resolution of conflicts, the overbearing for inclusive and cohesive actions and plans for the recovery, reconstruction, and development of societies recovering from conflicts becomes supreme.

Why the PSC has Failed to ‘Silence the Guns’

Eight years ago, African leaders committed themselves to work toward an end to armed conflict. As they celebrated the 50th anniversary of the founding of the African Union, they swore to ensure lasting peace on the continent. They made a commitment not to hand over the burden of conflicts to the next generation of Africans. This commitment was followed by the adoption in 2016 of the Lusaka Road Map to stop conflict in Africa by 2020. The document outlined 54 practical steps that needed to be taken. They focused on political, economic, social, environmental, and legal issues. They ranged from sufficiently funding the African Standby Force for deployment to halting the insurgents and their backers from having access to weapons (8). Other steps included fighting human trafficking, corruption, and illicit financial drifts. At the time of the declaration, Africa had disproportionately high levels of conflict. State and non-state actors in Africa orchestrated about 630 armed conflicts between 1990 and 2015. Conflicts waged by non-state actors accounted for over 75% of conflicts globally (9).

The efforts to ‘silence the guns’ have been surprisingly futile. Since the commitment was endorsed, conflict in Africa has increased. One reason for the failure is that the 2020 goal was too pushy given the number of conflicts on the continent. The second reason is that many are internal conflicts stemming from the complaints citizens have with their governments. These internal dynamics appear to have been unheeded from the beginning (10).

As thus, Africa has become the theatre of conflict. Prominent conflicts by non-state actors include the Tuareg separatist and jihadist insurgencies in Mali, Boko Haram in Northern Nigeria, jihadist and militia insurgencies in Burkina Faso, al-Shabaab in Somalia, and the ethnic war in the Central African Republic. The most notable civil wars are those in Libya, South Sudan, and the one waged by Amazonian separatists in Cameroon (11).

The African Union should revisit its Constitutive Act to address principles that limit its ability to intervene in conflicts in member states’ territories. This will set the stage for crafting robust legislation, policies, institutions, and mechanisms for long-term stability in such countries.

Following that, the organization should work through regional economic communities and people at the grassroots to end the conflict. Its eight recognized regions should emulate the successes of the Economic Community of West African States. The regional bloc occasionally gives early warnings of brewing conflicts in member states. It has also provided military support and helped reform the security sector in Sierra Leone, The Gambia, and Liberia. It has also helped with post-conflict reconstruction in these countries. Notably, its military intervention in The Gambia forced the despotic Yahya Jammeh to vacate office in early 2017 after losing the presidential elections (12).

Ordinary people can also provide vital information to early warning systems. It’s thus imperative to set up long-term, people-centered, innovative, and inclusive measures to promote peace. Such bottom-up solutions, based on an intimate knowledge of local areas, are crucial to success.

Finally, the issue of foreign military forces on the continent. Here the African Union has no control over their growing presence because they come through bilateral agreements between member states and foreign powers. Nevertheless, the African Union should work through its regional organizations to play a role in these decisions. There’s a precedent: the Southern African Development Community under the chairmanship of late Zambian President Levy Mwanawasa opposed establishing an American base in the region. Southern Africa went on to establish its regional military brigade instead (13).

Africans are living in a continent that is increasingly divided; some regions enjoy sustained levels of peace, security, and prosperity while others fall into seemingly never-ending sequences of conflict and violence. If the PSC of the AU muster its efforts and strengthens the rule of law, and promote human rights, it is going to serve as a milestone to guaranteeing the most cherished peace, security, and sustainable development in the continent.