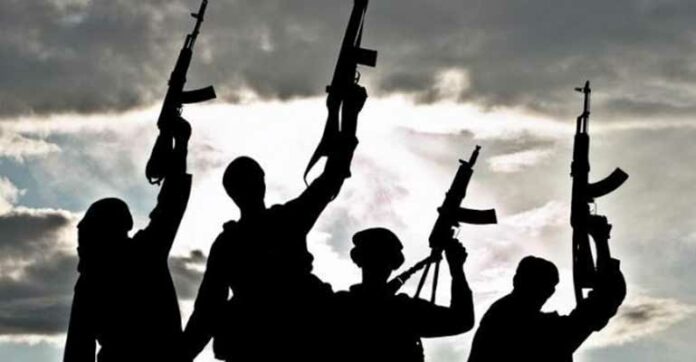 The growing spread and disparaging significances of violent extremism are among the foremost challenges to peace and security faced in the world today. Violent extremism is fast becoming a pandemic and is fast covering many grounds in Africa like a wildfire at the heart of the dry season. The spread of this phenomenon is attributed to our societies that have refused to set a leveling playing field for the socio-political and economic development of their respective societies. The different governments in different countries have manured the fast growth of this violent extremism in their respective countries.

The fact that they allow and or promote marginalization, inequality, discrimination, persecution, or the perception thereof has boosted the spanning of this form of security challenges. The level of education, especially of the youth, has equally necessitated their vulnerability to radicalization. It is, however, established that there are socio-economic, psychological, and institutional factors that lead to violent extremism. This is set in motion a dramatic setback of development gains and threatening to stunt prospects of development for decades to come.

Today, violent extremism is at the core of strategic concerns and is mustering different stakeholders, including the community of researchers, policymakers, and the international community, who agree on reorienting ways to curb it and set the stage for sustainable development.

The Pan-Islamic ideology took over the third-world ideology since the 1970s. This was fostered with the Bandung Conference and marked by strong nationalist figures, such as Colonel Abdel Nasser in Egypt. Nasser’s death in 1970 marked the weakening of Egyptian leadership on the African continent, alongside Third World ideology (UNDP, 2017). This switched on the green light for the spreading of radical Islamic ideologies, principally from the Gulf countries. This process was enabled by the rise of religious or charity organizations, funded by other countries in the region, and spreading radical Islam through preaching (da’wah) and assistance to the poor (ighatha) (1).

Consequently, these groups have emerged as the link between various religious ideologies, encouraging the challenge of traditional Islam as it is practiced in several areas of the Sahel and extending to other parts of Africa south of the Sahara. The phenomenon of violent extremism in different African states and its crossbred connectedness have been explored through the vantage point of different academic and policy-oriented disciplines. The details unvaryingly highlight the overall context of underdevelopment and marginalization practiced in areas where violent extremism has become prominent.

The Sahel has been one of Africa’s most delicate and volatile regions as far as violent extremism is concerned. They suffer from multiple venerable and superimposing challenges, which include deep-rooted poverty, underdevelopment, climate risks, and food insecurity. These lingering susceptibilities have been aggravated in recent years due to the spread of a complex network of extremists and armed groups that have taken advantage of the seething local grievances and inter-community tensions to immerse the region’s porous frontiers.

The collapse of Gaddafi’s regime in 2011 and the resurgence of the Tuareg rebellion in northern Mali in 2012 were the birth of the ongoing violent extremism in the region. For more than a decade, radical armed groups have continued to both establish themselves in northern Mali and expand their active trail into Burkina Faso, Niger, Nigeria, Chad, and Cameroon. Collectively, these countries now constitute the core of the Sahel and the Lake Chad Basin crisis.

The territory of violent extremist groups that are vigorous in Africa is continually changing. Main groups include and are not limited to Al-Qaida in the Islamic Maghreb (AQIM); Jama’at Tawhid Wal Jihadfi Garbi Afriqqiya (Movement for the Unity and Jihad in West Africa, MUJAO); Jama’atul Ahlus Sunnah Lidda’awatiw al-Jihad (Boko Haram) and Ansaru in Nigeria and Cameroon; Harakat al-Shabaab al-Mujahideen (Al-Shabaab) in East Africa; and the Lord’s Resistance Army (LRA) in Central Africa (2).

Smaller pockets of violent extremist affiliated activity have arisen, with the activities of many groups scattering across state boundaries into neighboring countries, procreating further groups and individuals vowing loyalty either to primary groups or related ideologies, for instance in Cameroon, Kenya, Mali, and Niger, among others. A number of “foreign fighters” are known to have traveled from Sudan to Libya, Syria, and Iraq, and, in a smaller number of cases, to Somalia and Nigeria, in support of the violent extremist activity. Looking at the continent as a whole, security analysts are concerned with the prospect of cross-fertilization between Boko Haram, AQIM, and other regional militant organizations as one high-risk scenario (UNDP, 2017).

In 2006, al‑Shabaab, a religiously-motivated violent extremist organization based in Somalia, emerged as the most prominent militia group within the militant wing of the Council of Islamic Courts. The Council of Islamic Courts was a group of Sharia courts in Somalia who united to form a rival administration but was ousted in December 2006 by the Somali Transitional Federal Government and Ethiopian forces (3).

Following this, al‑Shabaab recognized itself as an oppositionist government and insurgency fighting for the overthrow of the Somali Transitional Federal Government and for Sharia law to be installed in Somalia. Between January 2009 and 2011, al‑Shabaab controlled the majority of Somalia. In 2011, this group was forced from Mogadishu and much of southern and central Somalia through renewed military intervention by both Kenyan and Ethiopian forces (4).

Since October 2017, the local group that associated itself with the Islamic State, known as al-Shabaab, has been orchestrating attacks in the northern Cabo Delgado province, chasing away the presence of the central government as well as the local population. “Characterized by extreme levels of violence, the crisis has so far led to about 2,500 deaths, as well as the displacement of nearly 800,000 Mozambicans” (5).

The Impact of Violent Extremism

These chronic vulnerabilities have been exacerbated in recent years by the spread of a complex network of extremist and armed groups that have instrumentalized festering local grievances and inter-community tensions to spread across the region’s permeable borders.

It is documented that about 33,300 mortalities are weighed to have been caused by violent extremism between 2011 and 2016, with related displacement and economic destruction contributing to among the worst humanitarian disasters ever witnessed on the African continent. This virulent insecurity agent is also posturing a direct and manifest challenge to the advantages enjoyed by many countries over recent years. It is therefore threatening to stunt development upshots for generations to come if hands are not put on deck. The precipitous upsurge in violent extremist activity in Africa will directly or indirectly pose a greater threat to global peace and security and will incongruously falter the global strides to sustainable development (6).

Violent extremism can be considered as the product of greed, the lack of the rule of law, corruption and criminality, authoritarianism, and marginalization. “Where there is injustice, deprivation, and desperation, violent extremist ideologies present themselves as a challenge to the status quo and a form of escape.”

If African countries are committed to making free, inclusive, unbiassed, and pluralist societies, with the foundation on good governance, the rule of law, the complete respect of human rights and freedom, and with equitable economic prospects, then violent extremism in the continent will be reduced to the minimal level.