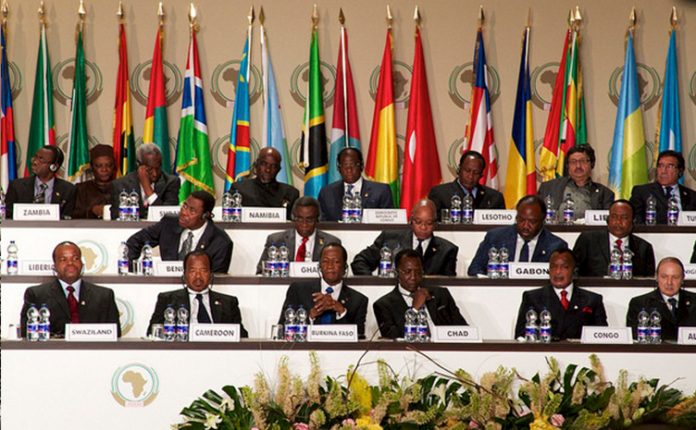 In the aftermath of the independence era in the 1960s, many African states were governed through dictatorial regimes until the dramatic change across the continent in the early 1990s, following growing consent to democratic values. The 1990s marked the era for a significant transformation of political regimes across many African states ranging from the one-party system of government and the fall of many military and civilian dictatorship governments to the institution of presidential term limits, multi-party politics, the respect of the rule of law, and above all, the respect for constitutionalism. The respect for democratic values has been undulating across the continent, with some States performing better than others.

While the Presidents of some African countries like Ghana, Kenya, and Liberia have demonstrated a strong respect for constitutionalism by respecting their two-term limit presidential mandate, some States like Burundi, Cameroon, Chad, Togo, Egypt, Rwanda, and Uganda, just to name a few, have modified their constitutions to change presidential term limits or adopted a flexible interpretation of relevant constitutional provisions to allow incumbent leaders to remain in power (Baturo, 2010). The African Union has laid down several measures to monitor “unconstitutional government changes” as enshrined in the African Charter on Democracy, Elections, and Governance. However, its action or intervention in different countries following unconstitutional vary widely across the continent. This paper suggests a more equitable, impartial, prompt, and active role of the AU in monitoring and enforcing constitutionalism and respect for democratic standards. It becomes rather problematic when the AU is perceived as very active in some cases and passive in others in monitoring and enforcing the constitutionalism of member states. As such, the AU has to sit up in its policies and practices to monitor and enforce constitutionalism across the continent, especially by categorically denouncing and condemning leaders manipulating the constitution to retain power and not by only focusing more on unconstitutional changes of government through military coups.

The AU’s legal arsenal in countering unconstitutional change of government is enshrined both in the AU Constitutive Act and in the African Charter on Democracy, Elections, and Governance, with clear definitions of what constitutes coups and other types of unlawful and undemocratic power grabs. Based on these premises, the AU consistently counters military coups as it took strong stands against the attempt of the Sudanese military to take over the country following the ousting of President Omar al-Bashir.  Also, following the unconstitutional takeover of the presidency in Chad after the death of former President Idriss Deby, the AU called for the restoration of civilian rule in Chad. Recent developments have taken place with the AU sending a fact-finding mission to Chad to consult with the relevant stakeholders linked with the Chadian crisis and to submit its findings to the AU Peace and Security Council for due consideration.

With the situation in Mali, the Chairperson of the African Union Commission, Moussa Faki Mahamat, strongly condemned the forced detention of the President of Mali Ibrahim Boubacar Keita, the prime minister other members of the Malian Government and called for their immediate release. He further rejected any attempt of unconstitutional change of government in Mali and called for the respect of the country’s institutions. In this sense, the recent military coup in Mali on May 24, 2021, which resulted in the capture of the country’s president, Bah N’Daw, the Prime Minister, Moctar Ouane, and the designated minister of defense, Souleymane Doucouré, has led to the suspension of Mali from the African international community, such as ECOWAS and the AU. The last has been active against military coups across the continent and has also played important roles in ensuring that incumbents step down following the electoral defeat. This was observed in the Cote D’Ivoire case of 2011 and the Gambian case of 2017, where Alassane Ouattara and Adama Barrow defeated incumbents Laurent Gbagbo and Yahya Jahmmeh, respectively. Incumbents attempted to cling to power but finally succumbed to both the AU, sub-regional and international pressure. The AU has been active in combating unconstitutional changes of government across the continent, especially those related to a military coup, but what remains questionable is why the AU is relatively passive when it comes to unconstitutional manipulations to extend the presidential mandates of incumbents.

The AU has instituted several legal standards to monitor the unconstitutional government changes. However, the practice has proven that the AU is more active with certain constitutional violations and passive with others, thus signifying double standards. The African Charter on Democracy, Elections, and Governance prohibits any amendment or revision of the constitution or legal instruments that constitute “an infringement on the principles of democratic change of government.” However, it is worth mentioning that the AU has never made use of this provision despite the several constitutional coups observed across the continent where incumbents amend their constitutions to eliminate term and age limits (Ani, 2021).

This does not mean that the AU has not been calling on member states to respect procedures for the constitutional amendment but is seemingly too careful in engaging in robust control and mostly engages in quiet diplomacy in most cases. Several presidents have manipulated their constitutions to permit them to run again across the continent with or without the “will” of the people. In July 2018, Comoros’ President, Azali Assouman, dissolved the Constitutional Court and Parliament and organized a referendum to successfully extend term limits and the inter-island rotational presidency. However, the AU refused to endorse his tenure of office when he ran and won the elections in March 2019. In April 2019, the President of Egypt, Abdel Fattah el-Sisi, amended the constitution through a referendum, paving the way for him to run again. After removing presidential term limits in 2005, Yoweri Musoveni of Uganda instigated the revision of the constitution to remove age limits on the presidency in 2019, thereby permitting him to extend his more-than-three-decade reign. This gave way for his controversial re-election in 2019.

Several similar cases of unconstitutional changes have happened across the continent, yet the AU has been silent. However, it is worth mentioning that the AU came close to rejecting the late Pierre Nkurinziza’s term extension in Burundi in 2015 after his proposed constitutional amendment to allow a third term was defeated in the Senate. The AU mounted pressure on Pierre Nkurinziza not to extend to a third term of office. However, he did, and Burundi never faced any serious consequences, with Pierre Nkurinziza threatening to fight back at AU peacekeeping forces in the country that remained largely volatile under his tenure.

The democratization process in Africa has been a major problem, with some African leaders believing that it is the strong men that are needed in catalyzing Africa’s economic transformation. In contrast, a few belief in strong institutions. The respect for presidential term limits is relevant in advancing democratic values. It reveals the willingness to transition from tyranny to democracies, safeguarding the peaceful transition from one elected president to another. Governments that are constructed on bad/poor foundations are bound to collapse in the long run. With respect to the Afrobarometer in a survey carried out in 2015, approximately 75% of citizens in 34 African countries prefer that presidential mandates should be limited to two terms (Dulani, 2015). These statistics reveal that the “will” of most African people is to see their presidents respect two-term limits, and it is in the interest of the AU to ensure that this happens. The AU has to sit up in monitoring constitutional manipulations by incumbents and strike hard to set good practices. The AU must revisit its sanctions regime to make them more fierce, rigorous, and deter African leaders. Practices of some African presidents holding positions at the AU even when there are still pending re-election or election results should be abolished. The AU is indeed tactful in handling this unconstitutional extension of term limits because of the principle of sovereignty and non-interference. However, the AU can and should do more. The AU must implore all means necessary and take every case of constitutional manipulation seriously to send a strong signal to African leaders that manipulating the constitution to eliminate presidential term limits is something of the past that is no longer tolerated. 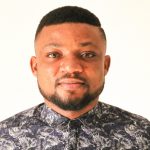