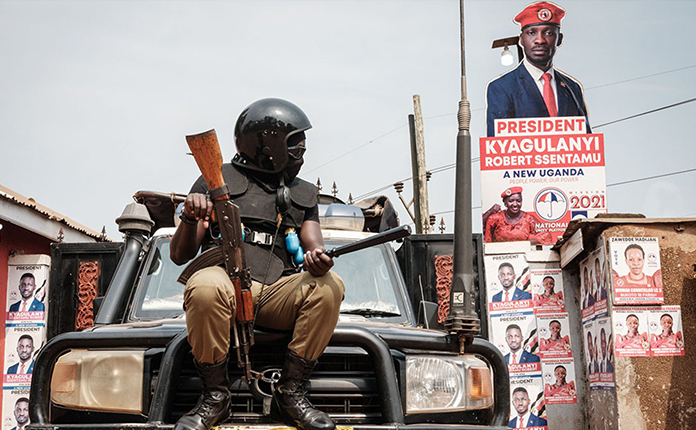 The African continent has been considered home to wars, recording over 100 military coups with several coup attempts. Before 1996, several military regimes were consistently recognized by the then Organization of African Unity [in which was later changed into the African Union in 2002] and the International community. Military force was used to replace a democratically elected government, replace a democratically elected leader by rebel groups, and deny an incumbent ruler to leave power after being defeated in free and fair elections. However, coups had to face a growing intolerance around the 1990s due to the growing trend of democracy. Many African leaders seemed to realize the connection between democracy, development, and peace. The African Union today and some of the regional economic communities have a zero-tolerance principle military juntas and other forms of unconstitutional change of power. Notwithstanding, the 2011 Arab spring appeared to have exposed some lapses in African democracy as it indicated the need for further democratic reforms in North Africa and sub-Saharan Africa (Siegle, 2011). Statistics show that of 15 African countries that organized elections in 2016, power has changed hands eight times.

Trends in the Democratization Process in Sub-Saharan Africa

In the early 1990s, when the wind of democracy started to blow across the continent, only seven sub-Sahara African countries were considered free, namely, Cape Verde, Ghana, Equatorial Guinea, Namibia, South Africa, Botswana, and The Mauritius Islands. The first condemnation of an unconstitutional change of power in Africa dated 1997, when the OAU rejected an unconstitutional coup against a democratically elected government in Sierra Leone. There has been significant progress among African states in recent years in terms of freedom and democracy, especially after the creation of the AU in 2002 and the adoption of the African Union charter on democracy, elections, and governance on January 30, 2007, as a solution to the continent’s enduring democratic governance insufficiencies. However, the 2019 Freedom House report revealed shocking statistics about a worrying decline in freedom and democracy, especially in West Africa that harbors the 12 largest global declines in sub-Saharan Africa. The most noticeable declines have been experienced in Benin, Mozambique, Tanzania, Burkina Faso, Guinea, Mali, and Nigeria. Equally, the 2020 “Freedom in the World” report by Freedom House reveals that there has been a tremendous decrease in democratic governance and human rights in sub-Saharan Africa as a whole.

Through the liberalization of the political landscape in Africa, the support for coups has shrunk tremendously by the public. Unlike in the past when coup plotters were applauded and supported for being the unique source of enacting regime change, the populations are now more than ever involved in activism for political parties and candidates of their choice whom they find fit for office gain power through elections. The governance process seems to be positively progressing in Africa, albeit some huddles since elections and democracy are increasingly being accepted as legitimate means to access power and, as such, bring about peace, stability, economic growth, and development. This is evident as the continent is currently experiencing the fastest growth globally and with the youngest population (Ntomba, 2015).

Challenges to the Democratization Process in Sub-Saharan Africa

The establishment of democratic institutions in Africa for over two decades has triggered a democratic surge in most sub-Saharan states despite the fact that regimes remain extremely varied, ranging from democracies, authoritarian and semi-authoritarian. However, it has been realized that the scope of democracy has been reduced to organizing elections and the respect of office term limits by the African Union and other regional institutions while neglecting the root causes of unconstitutional changes like corruption as well as the quality of the electoral process all of which equally calls to question the legitimacy of such powers. Equally, the AU and other regional bodies often adopt an observer’s position and hardly contest official results despite numerous calls by judiciaries and civil society to doubt official election results. Cases in point are the recent elections in Malawi and Kenya (Diatta, 2020). Such situations only serve as justifications of many pundits who describe the AU as a club of dictators more or less concerned with protecting their interest and not the interest of the African citizenry.

A good number of African states are authoritarian with powerful patrimonial forms of government. This has put the national identity under threat as ethnic differences have been reinforced. Africa seems to be gradually creating a new culture that uses the military to control democratic governance. This remains a big problem because democratically elected governments can become contingent on the military. The situation can be further aggravated if the military, after taking power, diverts resources to itself to safeguard its predominance, prompting the government to abide by its demands and paving the way for an authoritarian regime. For example, Chad is currently under a military-led transition which might transform into yet another chapter of democratic advancement sabotaged by the military. Indeed, after the assassination of President Idriss Déby, his 37-year-old son Mahamat Ibn Idriss Déby Itno, a military leader, was installed as interim president with complete disregard of the constitution.

According to the African Center for Strategic Studies report, since 2015, 13 African countries have masterminded the continuous weakening of term limit restrictions that already existed. For example, Alassane Ouattara, who has been in power as president of Cote d’Ivoire since 2011, overlooked the constitution’s two-term limit. He declared in August 2020 that the first two mandates he served do not count because their limits were established by the constitution adopted in 2016. It is evident that if African countries must use elections to implant democracy, they need to make sure that their leaders are not able to tamper with national institutions to get rid of term and age limits for presidents and other shields that block various forms of opportunism by presidents (as was the case in Zambia), impose registration fees for candidates willing to run for political office including the position of the president that is out of reach to many citizens, obstruct the press from fully expressing their freedom and monitoring the government, give citizens information concerning elections and use the military to subjugate the opposition (Mbaku, 2020).

Elections are often viewed as a basic mechanism through which a country can switch from authoritarianism to a constitutional democracy. Ironically, they still serve as an instrument permitting the survival of authoritarian governments. This is the situation in countries like Equatorial Guinea and The Republic of Congo, where governments have used elections to lawfully keep their leaders in power. In almost all countries globally, groups whose interests largely differ from that of the entire country. This has proven to be one of the huge constraints to the efficient establishment of democracy in Africa because of the ferocious fights among such groups, which, in most cases, are ethnocultural groups aiming to gain power and control the country through elections.

Democracy has often been regarded as a solution to most of Africa’s numerous problems, even though the concept is usually restructured and shaped by African leaders to suit a particular situation largely for egocentric scope. The applicability of democracy in sub-Saharan Africa is still met with fundamental challenges despite bodies like the AU that have put in place mechanisms that seek to accompany and ensure the efficient implementation of the democratic process in Africa. The AU has been heavily criticized for being very subservient towards taking action against states and African leaders that have violated democratic values. However, many are optimistic that with the recognition of the African Union charter for democracy and governance by the African Court on Human and People’s Rights, there is a huge possibility that the charter will make a difference in the lives of many African citizens.

First, there is a need to reduce the majoritarian tyranny of some ethnic groups on minority groups. Governments can adopt a system that allows the people to be autonomous. In contrast, the powers of the government and the exercise of it are controlled by the constitution, ensuring the protection of individual rights and freedom with the help of embedded popular autonomy through elections, introduction of separation of powers through checks and balances. This will entail the effective participation of an active public and political elites dedicated to preserving the country’s constitutional institutions Mbaku 2020). Second, there should be respect for term limits to ease the democratization process in Africa. This will go a long way to encourage semi-authoritarian states towards democracy by reducing opportunistic options of incumbents and making way for sequence of democratic turnovers from one party to another. 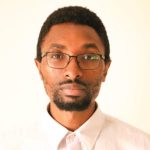 Bongbinsin L. Blanchard is a formal intern at Nkafu policy institute. He has sufficient experience in the field of development studies and is the vice president and co founder of WOCSUD an association aimed at making women and children active actors in the process of sustainable development.