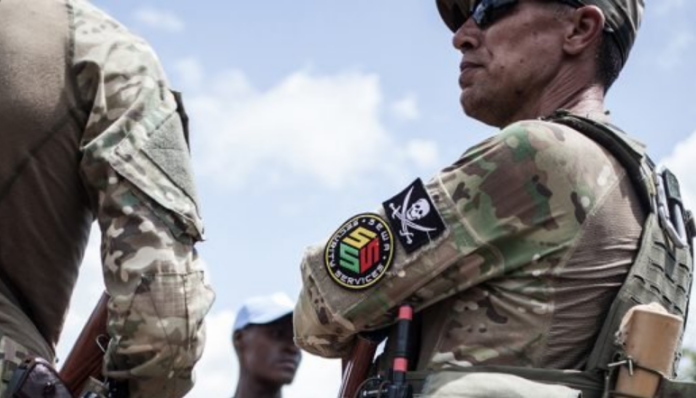 Since the May 24, 2021, attack by Colonel Assimi Goïta against the first transitional president Bah N’Daou and his Prime Minister Moctar Ouane, the military junta no longer speak the same language as the French leaders who have accompanied the Malian state since the 2012-2013 transition. Indeed, a stormy rhetoric has developed between the two states since France’s decision to withdraw its troops from Mali and reconfigure its intervention in the Sahel. This pushed Mali’s transitional authorities to look for new partners in order to ensure the integrity of the territory under threat from rebel groups and the security of goods and people.

The French army intervened in Mali in 2013 following the conquest of several towns in northern Mali by jihadist groups. After pushing back the rebels in a one-off operation called “Serval,” it merged all its troops stationed in the region into a longer-term operation, “Barkhane.” This force consists of 4,000 men and has a command post in N’Djamena and a small number of land and air bases in Chad, Niger and Mali. Barkhane forces are actively engaged in combating various types of terrorist crime, and preventing criminal activity in order to establish peace in the Sahel.

Operation Barkhane is a terrorist counter-insurgency operation in the Sahel region. The French force in Mali is cooperating with the Malian armed forces in the fight against the jihadists. Indeed, since the recapture of a large part of northern Mali in 2013, the French force has faced many challenges in terms of civilian protection. It has repeatedly been accused by the Malian population and the UN of blunders against civilians. While the French force is supported in Bamako, it is nevertheless the most criticized force in the North and Centre of the country. There it is perceived as a protection and support force for the armed separatist groups in Kidal, while the Malian armed forces are better received there.

Why Withdraw French Troops in 2021?

France intervened in Mali in 2013, based on a request from the transitional government of President Dioncounda Traoré, to stop the advance of terrorists in the south of the country. On closer inspection, the strategic objective of France’s intervention in Mali was the protection of French interests (security and economic) in the Sahel and West Africa region. In fact, France feared the domino effect caused by the invasion of Mali by terrorist groups.

If Mali fell, other countries would fall into the hands of jihadists, putting French interests at risk. France’s intervention was therefore aimed at defeating terrorist groups in the region and re-establishing its position in the Sahel, which is an area of great power competition since the arrival of China, India, Russia and Turkey. On June 10, 2021, French President Emmanuel Macron announced at a press briefing that he would end the Barkhane military operation in the Sahel, according to modalities and a timetable to be specified in the coming weeks.

On analysis, the withdrawal of French troops from Mali, in Kidal to be precise, and the transfer of security to MINUSMA and Malian forces seems to be motivated by two essential reasons: the inability of France, after several years of presence in northern Mali, to eradicate jihadist rebel forces on the one hand, and the means of putting pressure on the new transitional government headed by Colonel Assimi Goïta, on the other. The withdrawal of French troops will undoubtedly have consequences for security in Mali.

Russia as a Fireman?

Arguing that France has decided to withdraw its troops,  the Malian authorities seem to be resolutely looking for new partners to ensure the security and integrity of the territory after accusing France of “abandoning in midair.” They seem to have set their sights on Russia. According to Diallo, “Mali and Russia are in contact with a view to establishing two forms of cooperation: on the one hand, military and official, and on the other, armed, with private companies.”

For the new Malian authorities, it seems quite normal to find new partners in order to fill the void left by the withdrawal of French forces. The decision to turn to Russia was not well received by Paris, which was worried and denounced the presence of this new player, and specifically of the Russian company “Wagner” in what it considered to be its “pre-squared.”

Far from being moved by it, the Russian presence corrects the tactical errors of France, which is losing its hegemony in Africa. In a recent publication, Bertrand Badie and Dominique Vidal describe France today as a “thwarted” power with a “shifted” foreign policy. Contradicted, no doubt, by the presence of new competing actors and shifted by highly questionable strategic choices.

If it is not yet effective, the Russian presence on Malian territory is part of the diversification of the military partnership between Mali and the other powers. It shows Mali’s capacity to change its position in the event of military blackmail by the colonizing power. It is to be hoped that Mali will make the most of cooperation with Russia to restore security and preserve the integrity of its territory. 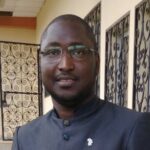 Mady Ibrahim Kanté, Ph.D. is a Senior Lecturer-researcher at the Faculty of Administrative and Political Sciences of the University of Legal and Political Sciences of Bamako (Mali). Instructor at École de Maintien de la Paix - Alioune Blondin Bèye de Bamako (EMP-ABB). He holds a doctorate in political science from Cairo University in Egypt. His second doctorate in governance and regional integration from the Pan-African University in Cameroon

The Accra Initiative and the Fight Against Terrorism In West Africa