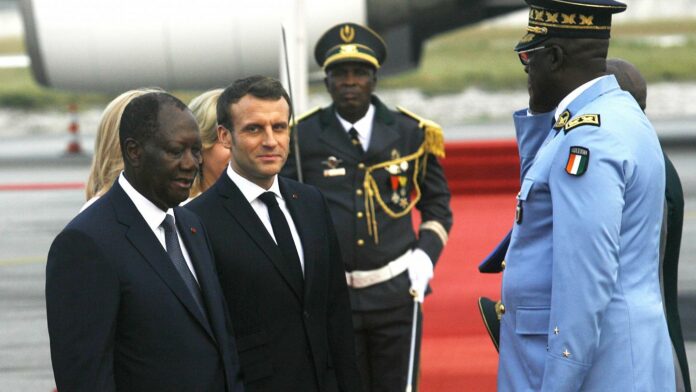 From the official refusal to approve the coup d’état in Mali by suspending its joint military operations with Bamako on June 3, 2021, to the endorsement of a controversial military transition in Chad, France is experiencing in these two situations the contradictions of its foreign policy on African soil in a relatively short period of time. These apparent contradictions or inconsistencies seem to be diluted when the analyst decides to perceive them under the prism of safeguarding the national interest.

Described as the determining factor of the priorities pursued by states in the international system, national interest was first determined in terms of ‘power’ with classical realism and later in terms of ‘security’ with Kenneth Waltz’ structural realism. If “states act on the basis of national interests as they perceive them,” (1) is it not reasonable to think that France’s foreign policy in Africa is dictated by the search for and preservation of the interests of this state in an international context that is fundamentally anarchic and driven by the survival of states? (2)

The study starts from the observation that foreign policy, an instrument enabling states to pursue their national interests, is a fabrication marking the concrete pursuit of these national interests. Not only does it remain an instrument of power, but in order to understand and explain it, it is essential to take into account the specificities of the international environment (3) and to study the decision-making processes and internal dynamics of the state (4).

It is, however, restrictive to maintain the phenomena of “foreign policy” as a state exclusivity, especially with the advent of new categories of actors that render obsolete the dominant conception of the international order attributing the monopoly of foreign policy to sovereign states. With the ‘refounded” Africa-France summit to be held on October 8, 2021, in Montpellier and the presence of young Africans around French President Emmanuel Macron, the analyst is entitled to question the mutations of politics and, in particular, France’s African policy.

In this context, explaining and understanding France’s African policy through realism seems appropriate insofar as the logic of national interest makes it possible to make France’s actions and decisions in Africa coherent. The aim is to observe the changes linked to the international context (Cold War, advent of democracy, principle of interference, etc.), which have influenced France-Africa relations, making Africa sometimes a multiplier of French power (I) and sometimes an instrument for reinventing French African policy (II).

The ‘Africa’ subject: A Multiplier of France’s International Influence

Understood as public action aimed at solving French problems, France’s African policy can be described as France’s capacity to influence Africa. Through actions and decisions, the French state relies on its former colonies that have become independent to increase its international influence and establish its place on the international scene. Four factors help to explain how Africa participates in the construction of France’s international influence, ordered around the preservation of French national interests.

Firstly, the France-Africa summits institutionalized from 1973 onwards guarantee a French ‘square’ in Africa and contribute to the growth of French influence. These high-profile summits reflect France’s desire to build visibility on the international scene.

The second factor is military. Through the military cooperation agreements signed with its former colonies in particular and the installation of numerous military bases on the continent, France is seen by the world as the ‘policeman of Africa.’ This should not be seen as philanthropy. If it were, it would be a philanthropy ordered around the preservation of its interests and those of French private companies on African soil.

The third factor is economic and monetary. Indeed, the logic of the construction of the ‘pre-square’ makes Africa an economic outlet for French private operators (Bolloré, Total, Orange, etc.) while guaranteeing France’s monetary stability through the maintenance of the CFA franc in the CEMAC and WAEMU zones.

While all these factors give the impression of a ‘submissive’ Africa, since the advent of new state actors with pronounced conquering ambitions in Africa, there has been an emergence of a desire to reinvent the French presence in Africa, all against a backdrop of the preservation of French interests.

On November 28, 2017, in Ouagadougou, Burkina Faso, the President of the Republic Emmanuel Macron presented his ambition to renew the relationship between France and the African continent through various commitments.

The Africa-France summit on October 8, 2021, was presented as an opportunity for direct and unfiltered exchanges with a dozen young Africans on the redefinition of the Franco-African relationship. Insisting on the new character of this summit, Emmanuel Macron declared, “The future of Africa and France belongs to the younger generations. From Ouagadougou to Montpellier, their voices carry a breath of hope, a historic opportunity to write a new page in our relationship. We are there. Let’s write it together.”

This new type of summit, without a head of state or institutional authority, was devoted exclusively to the youth of Africa and France. For the first time, hundreds of young entrepreneurs, artists, researchers, athletes, students and committed personalities from Africa and France met to consider the perspectives and the first concrete actions to be taken for the renewal of the relationship between the African continent and France.

Although reforms have been undertaken, such as the change in the name of the summits (Africa-France and no longer France-Africa), development aid (which has become an investment in solidarity), the announced switch from the CFA franc to the ECO in the WAEMU zone, and the restitution of works of art to Benin, It is to be feared that they remain symbolic, because the reality of the reinvention of the Franco-African relationship is guided by the desire to simply counter the rise of anti-French sentiment in order to better root French influence and presence in the logic of soft power.

This is why the arrival of new state actors, in this case Russia and China, in what is considered to be the ‘pré carré’ is viewed negatively by France. The gunfight of September 21, 2021, between Malian Prime Minister Chogel Maiga and French President Emmanuel Macron Emmanuel Macron, over the announced presence of the private company “Wagner” on Malian soil is quite illustrative in this respect. This was also the case between the Central African government and the French government regarding the presence of the private company ‘Wagner’ in the Central African Republic.

In the end, it appears that the reinvention of French policy in Africa is essentially dictated by the desire to preserve French national interests on the African continent. In the face of France’s manifest desire to maintain its presence in Africa, African scholarly society must multiply critical studies on France-Africa relations.

African intellectuals would benefit from constituting centers of reflection from which concrete solutions would emerge that would allow Africa to project itself on the international scene by clearly determining its fields of action and interest. These initiatives will have the merit of building the image of a thinking Africa that is determined to reinvent itself far from all the covetousness it is currently subject to.

How Far Can Emmanuel Macron Go In Redefining The “Fundamentals Of The African-French Relationship?”